MY OWN WORST ENEMY

MY OWN WORST ENEMY

Henry Spivey’s life is turned upside down when he discovers he has a split personality and a shared life with an undercover operative named Edward Albright who works for a secret agency known as Janus. 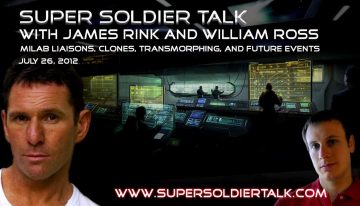 In this video William Ross shares his experiences as a Milab liaison between the covert government and various extraterrestrial races as well as possible future events on our current timeline.

Associated Press| by Will Weissert

SAN ANTONIO — An Air Force instructor was sentenced to 20 years in prison Saturday after being convicted of rape and sexual assault in a sweeping sex scandal that rocked one of the busiest military training centers in the U.S.

A military jury at Lackland Air Force Base in San Antonio found Staff Sgt. Luis Walker guilty Friday night on all 28 charges he faced, including rape, aggravated sexual contact and multiple counts of aggravated sexual assault. A judge consolidated those charges Saturday into 20, but that didn’t affect Walker’s maximum sentence. He could have received life in prison.

Walker is among 12 instructors at Lackland investigated for sexual misconduct toward at least 31 female trainees. Six have been charged with crimes, and the counts against Walker were the most severe.

The women assaulted by Walker said they don’t sleep much these days and when they do, he sometimes haunts their dreams.

They testified at Saturday’s sentencing hearing about being suddenly unable to relate to husbands, boyfriends and even fathers and brothers after they were sexually assaulted. One said her fear during a tour of duty in Afghanistan was heightened by soldiers who reminded her of her instructor, and she warned her younger sister not to enlist in the Air Force. Another said she’s now afraid to be behind closed doors with any man.

“I saw some of these NHCUs while on duty. It was after a high-wind sandstorm that ripped the rollup doors off of a Quonset hut housing a platoon of these units. Two of them picked up the 600-pound door with one hand and put it back in place.

All were approximately 7’+ in height, and were dressed as “Marine Grunts.” Each unit was identical in every way, hair color, eye color, & body muscle mass. No markings upon any uniform.

All were required to wear wraparound sunglasses, even at night, Identification of intimate details were confirmed only by Military Police who in all intents and purposes were identical to these units, only because they were forced to interface with Organic Soldiers i.e. the reporting noncommissioned officer.

Years ago, the Military placed some of these NHCU dressed in the same white armor as STAR WARS Clone Army Elements…we thought it was a joke that Reagan was playing back in ‘88, but these fuckers were these NHCU, telling military dependents, “Move along, citizen” once they had checked their military IDs….we laughed about it…but this was what we were seeing…

I think I encountered a NHCU at Mount Weather in Berryville VA. Upon riding the bus to Mount Weather, we encountered Base Security. They had no thoughts at all as they moved through the buses, checking IDs and they had no fucking writing on them no pictures, nothing, but bar codes and magnetic strips. How in the fuck can a human read barcodes and magstrips?

Also they showed no emotion, even when I attempted to invoke an emotional response, they had no thoughts that I could sense, even though I was at very, very close range. These motherfuckers look, smell, feel human, but they are not. Hell using them in Civil Affairs operations, where interfacing with humans is a very intense operation. What the fuck is right?

NHCUs are not police elements themselves. They can call the police on you silently, alerting the cops to come and get you if you don’t check out via the ID card that has no fucking pictures, no fucking writing. I was curious about this for years. When I reached the DUMB portals I heard a robotic voice say, “Move along please!!!” over and over again. Then multiple lasers flashed on my chest. With more robotic voice commands, “move along please” “move along please.” I was clinging to the damn fence about to have a heart attack and these fucking things had no idea what was happening to me. I had to walk uphill to get to the chow hall with a walking cane and backpack, out of breath, clinging to the fence.

I guess they would have called someone if I had collapsed, but I doubt it. Fucking robotoid motherfuckers! No wonder everybody at Mt Weather was tight-lipped. No joking, cautious people, same shit at dreamland, SEASPRAY. These motherfuckers are NHCUs as well.

They are the second line of defense in and around DUMBs. Yellow Fruit are the first line of defense and can be very nasty fellows. There have been many who attempted to intimidate me and others in the Rachel area, but due to their lack of social skills, are very easy to confuse. Humbreds are the CAMO DUDES—at least they get angry and have hissyfits, but SEASPRAY are just fucking machines.

Yellow Fruit are DNA/RNA recombinant soldiers, but not what you would find as an Alien-Human Hybrid, more along the lines of having the M.I.C./M.I.E.C. as their manufacturers. I call these Humbreds, as they are Humanbred Units with varying combinations of Alien, animal, and human characteristics. Whatever blends that meets the M.I.E.C. or the M.I.C.’s needs/ requirements.

During one visit to the S-4 DUMB I was personally referred to as a “YellowFruit”, in for my annual checkup. Having once been interviewed and interrogated by a female Reticulan who was with some sort of short grey, described as a “Non-Thinking Intelligence” by the female. I was curious and couldn’t concentrate on questions, due to the odd way the small grey (DOW) would blink. Only after the female became impatient, she telepathically interfaced with the DOW, to “show” that it was merely a subservient tool for labor.

When at rest the DOW would blink its eyes opposite of each other. Then when possessed or accessed by the female, it would blink with both eyes simultaneously. It then gave an emotional expression that I then realized came from the female. Then it went back to staring down and to its right and the odd blinking returned. It was then that I was able to continue with the questioning. She had just demonstrated what it was, for my curiosity, so we could return to the interview/interrogation.” 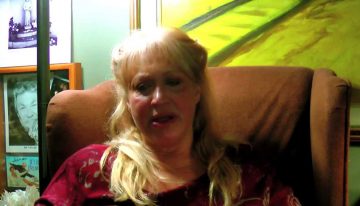 In this video Susan Martin shares her life story dotted with monarch programming, trauma, extraterrestrial genetic experimentation, and much more.

Colorado Gunman possible MK-Ultra   “The Crazy Gunmen” MK-ULTRA victims are usually special sleeper mind control victims designed as sacrifices for the NWO cause and most likely are only used once. People like the tower gunman in Texas who was one of the first major “crazy with a gun” ploys attempted. This program has continued all they way to Columbine and Norway and now Denver, with many other stops and tragedies in between. The Columbine kids were triggered by their mind control handlers to attack just several days before Colorado legislature had a vote to restrct the use of hand guns. The timing was obvious and transparent for those who can read between the lines.   Colorado is a very pro gun …

Note: I have no way to confirm or deny the validity of the following email relayed to me from former white hat. – James Rink L, I was curious and pulled up your file, and examined your chest xrays. Something you need to know: that was not H1N1 you had, exactly; the pneumonia and flu and hallucinations were symptom from your being a parasite carrier. Those “popcorn” balls in your lungs were actually larvae for insectoids from the PAL-Universe. How you were infected is uncertain; there were very few cases of this parasite in the USA, most were within India and Burma. Had you gone to that section of the world in 2008-9? There seems to be a lack on info on you from …

This special service announcement is brought to us by Draco derived robotic brown greys. 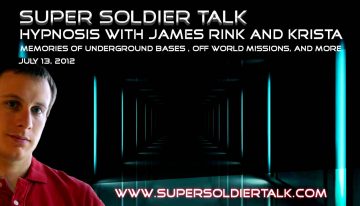 In this video James Rink places Krista under hypnotic regression to learn how she was rescued by James Rink super soldier alter from a Draco base where she was being held captive, as well as trips to Mars with Barrack Obama, seabases, and much more.

this footage has allegedly been smuggled out from the Dulce alien underground base where humans and aliens work together on horrific bio genetic experiments this mind blowing new footage leaves many questions unanswered you can see a vast hall of cryo genetic feeding tanks and vats Each of these tell a confusing, disturbing story of human / alien interaction in the top secret
Human alien hybrid breeding programs This is the Largest Reptilian and Grey Base in America.here Atomic Manipulation, cloning, studies of the human aura, advanced mind control applications, animal/human crossbreeding, visual and audio human chip implantation, abduction and feeding off of humans