I could easy beat you up mr super soldier. If your a super soldier then I’m a chimpanzee . I would fight you in hand to hand combat and destroy you in seconds.
Inadvisable, James Rink is not the super soldier its his alter who is. Proceed with caution brain aneurysm likely.

Karma Can Be a Bitch

Worked with a psychic healer tonight. The following is a summary of what we covered . I cant voucher for the credibility of any of this information but thought it of some interest none the less.
She located a reptilian 4th dimensional reptilian astral being named “Lubius”  within my lower chakras. Apparently the being was put into me during some kind of black mass satanic ceremony. The reptilian didn’t mean me harm as he was just as much as a prisoner to all this as i was. He was obsessed about 3D human and wanted to live the life of a human through me. We did some work to release him and when the reptilian left I felt the left side of my shoulder twitch. Now that he is gone he can go back to the wheel of reincarnation and can become a human.
Additionally with his departure my lower chakras can open up and the 60% of my soul that was split off due to trauma can return to my body. My missing soul fragment was picked up by the andromendeans and stored in suspended animation for safe keeping all these years until the time it could be returned safely back to me.
Didn’t spend to much time on what trauma I was forced into but basically I spent much of the first few years of my life locked up in a metal cage in a laboratory before I was embedded into my surrogate family in Project Surrogate. I was forced into many horrors some of which i rather not put it out for everyone to see.
We also discussed a little more about my biological brother “Keith.” Apparently he and I where biological twins born to the same mother who was exterminated after our births . We also have the same pleiadian/reptilian hybrid star father who i am told now resides in Alpha Centarui 357 .
I took more of the human appearance and Keith took more of the reptilian DNA code. His skin was a mix of human skin and scales. Because of the reptilian scales his skin was painful to touch. He was also kept in a metal cage as where many of us in this facility. They we would receive many painful injections and tortured into extreme pain trying to get us to dissociate so that our alters would split off. They wanted to split each alter to a certain DNA code so that we would psychically shape shift  into whatever they wanted us to look like in their computer programs. They where trying to get Keith to shape shift into a human, but all the torture and pain was too much and he died. Apparently Keith was a gentle soul despite his appearance and is now in a better place.
We also talked some about “David” who is possibly my alleged brother born from my surrogate mother . Apparently milabs took some of her DNA when she was a teenager and froze the embryo. They then picked DNA from another man of their choosing and artificially inseminated her. She took David to pregnancy but he died 2 weeks later from lung failure. Milabs then wiped my surrogate family all memories of David. I do not know why they did this perhaps after David died was when I was inserted in his place? I have questioned my family about David and they don’t know who he is.  So either all this is true or I got a really interesting science fiction novel in the works lol.
Either way the government continues to give a blinds eye to these projects. While they continue to get all sorts of goodies like advanced technology which they don’t release to the public, ie free energy, teleporation, cloning, we get to be the slaves. But in the end Karma can be a bitch.
James 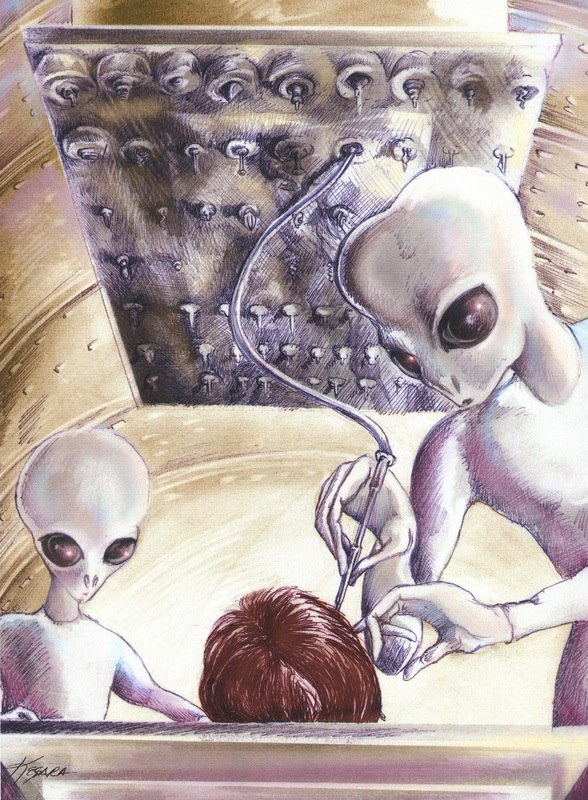 James do Not Fear Anymore

These Laws were given forth by Creator God Aton of Light, and The Creation, and are also called The Laws of Balance. –
A. The highest command of The Law of Creation is:
Achieve the wisdom of knowledge inasmuch as this will enable you to wisely follow the Laws of the Creation.
B. The highest command of The Law of God is:
You shall Honor God as the Ruler of the human races and follow His Laws for HE is the “King of Wisdom”.
We attain spiritual perfection by learning and wisely following the Laws given forth by God and Creation. We learn through the Spirit of God within us how to live in harmony and balance with all of Creation.
The Laws are as follows:
1. You shall have no other gods than the Creator God before you and abide with the Laws of the Creation which encompasses all. Also known as the “Law of One”.
2. You shall not make for yourselves idols and false images to worship as gods for therein you give power into the hands of evil.
3. You shall love the Lord God with all your heart, soul and being (you must love yourself as God and God as yourself).
4. You shall not use the name of God irreverently, nor use it to swear to a falsehood.
5. Remember God’s “day” and keep it holy. (Every day is God’s “day”.)
6. You shall honor your mother and father.
7. You shall not murder your fellow man. (Killing to preserve your life or of your family is not murder)
8. You must not commit adultery.
9. You must not steal (materially or emotionally).
10. You must not covet or envy that which belongs to your neighbor.
11. You must not impose nor force your free-will upon the free-will of another. Also known as “The Law of Non-interference.”
12. You must not judge (condemn) others, but you must wisely judge all behavior and actions which are contrary to the Laws of God and The Creation.
13. As you sow, so shall you reap. Also called “The Law of Cause and Effect.”
14. You must honor all commitments made in service to God, the Father, the One within.
15. You must obey the wisdom of God for the responsible and balanced procreation of your species.
16. You must do unto others as you would have them do unto you. Also called “The Golden Rule”.
17. Evil (adversaries of God) must always wear a sign of their evilness. (By their fruits you shall know them).
18. You must not commit the act of slavery (physical or emotional) upon any human being of Creator God.
With the communion of the Spirit of Life within us, we must first wisely understand and follow the Laws of Balance, and secondly, we must wisely know where our responsibility begins and ends within the Creation upon this wonderful Planet Earth.
The first question to ask is how can I maintain my life in “harmony and balance” with the rest of “creation”? The answer is, you begin with the pure desire to know Truth. We must recognize that we are limited in our perception of Truth, and that God knows the best pathway for us to travel in His service. So we must then surrender our “will” (ego) to that which is God’s Will.
“In your daily prayer you must ask God for the loving Light of protection, guidance, power, wisdom, knowledge, truth, integrity and courage in order to best serve His Will and not your will (ego)”.
Then in our quiet corner we must meditate. We must listen. We must wait upon our Father-God who is within us (our God-Spirit) to give us that which we need to sustain us in His service. Our will and His Will must become one again.

I Admire Your Courage

Hello James,
I just wanted you to know that i admire your courage and i am sending you love every time i watch one of your video’s on YouTube. I hope you feel the positive energy coming from Holland. I have learnt a lot especially from the regression video’s. I wish you success on healing and integrating your special self.
I can’t imagine what your life must be like nowadays. I realize that a lot of suffering went on without my knowledge, at least consciously (and still is unfortunately). I always felt something wasn’t the way it supposed to be. And i have got service to others running through my veins. I wish i could be of more help besides support from a distance and telling you that you are not alone. I Will keep sending you energy from my heart. You helped me in getting further along the path of non judgement. Because if someone like you can do it after all you have been through i sure should be able to do it. I strongly believe that your work is of the up-most importance so hang in there. Hope the pain won’t be as bad this time. Above all i want to thank you for leading this life and being an inspiration!
With lots of kind regards,
L. from the Netherlands
Thanks I really appreciate that. Its nice to know there are people who still care sometimes i feel so alone.
Today a needle mark appeared on my lip and then this evening i had a implant inserted under my gums behind my upper right incisor. That area of my mouth is now inflamed and i hope the pain wont keep me up like it does most nights :(. This is the same spot they worked on three days in a row back in December, i think i talked about this in the Lisa interview. Dont know how much longer these people will be allowed to do this but i guess for now there isn’t much i can do but wait.
James Rink

James these pics where taken on a Cannon Power Shot A75… 2006-2007 model.. I managed to use my psychic abilities to tap into the sensors system so it could pick up different stuff… In the pic with the name “chakras dislocated” I attempted to put my presence where you see the lights… and take a picture… simulating a teleportation… 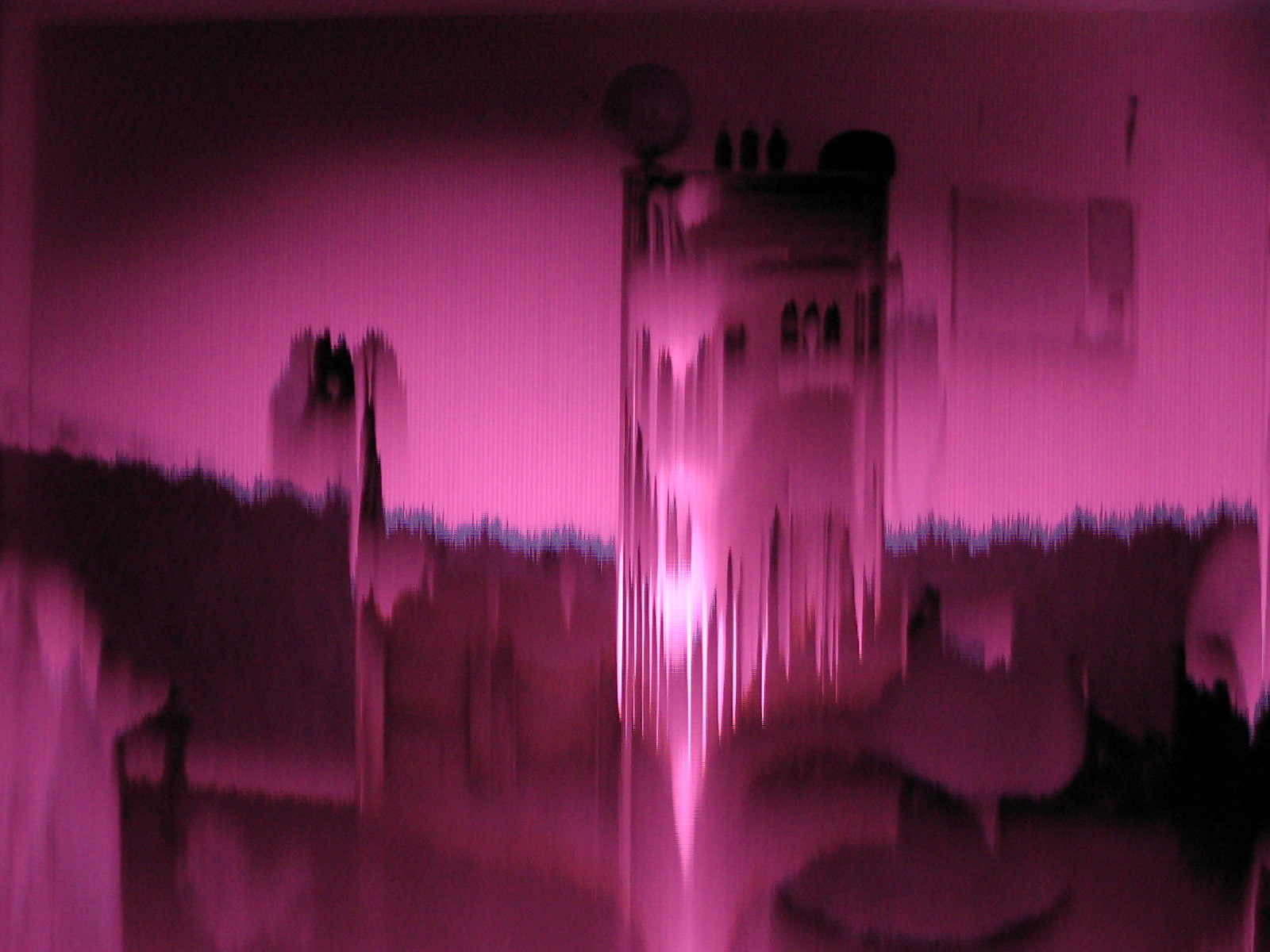 When I went to sleep and woke up in the night my body was “shut down” or close to Dead… because I didn’t feel my heart beat or something close to it … I don’t remember exactly but after a few minutes I managed to move but felt very numb…. and I smelled like rotten Eggs… excess Ying?? or Yang maybe??
The camera was rendered useless after a few days of the pics… maybe a glitch accidentally implanted… I’m not sure but I may have it still somewhere that camera… Dont remember…
When I “dislocated” I went into total darkness and when I went back to my body I felt something what would describe like a contradictory spin like a blender pulling me from the bottom down through my spine… really really difficult to describe it accurately though… Take care…
« Older Entries