Time Traveler Who Went to 2987 Tells All

This man claims to have been to the year 2987. We flew to Armenia and sat down for an interview with the man as he told us his story. You won’t believe what our future looks like. Do you think this man is telling the truth? Is he a real life time traveler who was part of a secret time travel project that has visited far into the future? 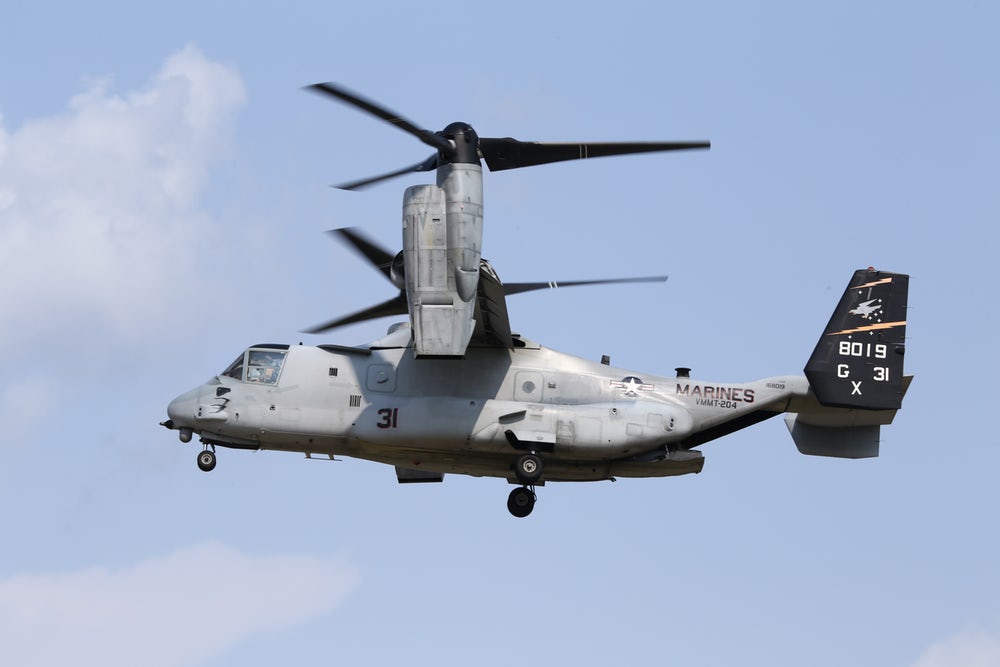 FILE PHOTO: Tilt-Rotor Aircraft
Reports are beginning to surface that a Marine Expeditionary Unit (MEU) landed at Langley on Saturday.
A Marine expeditionary unit (MEU, pronounced “Mew”), is the smallest Marine air-ground task force (MAGTF) in the United States Fleet Marine Force. Each MEU is an expeditionary quick reaction force, deployed and ready for immediate response to any crisis, whether it be natural disaster or combat missions.
A Marine expeditionary unit is normally composed of: a reinforced Marine infantry battalion (designated as a Battalion Landing Team) as the ground combat element, a composite medium tiltrotor squadron forms the aviation combat element, a combat logistics battalion provides the logistics combat element, and a company-size command element serves as the MEU headquarters group.
Troop strength is about 2,200 and usually commanded by a colonel, and is deployed from amphibious assault ships. Currently, a Marine expeditionary unit embarks Marines and equipment onto the amphibious warfare ships of an Expeditionary Strike Group (ESG) which also includes escort ships and submarines to protect them from air, surface, and submarine threats. For further protection and strong air support, such an ESG is often deployed along with one or more carrier battle groups.
WITNESSES
According to persons who reside near Langley, a large contingent of Marines arrived at CIA Headquarters in tilt-rotor aircraft and when the Marines deplaned, they were armed and moved quickly into CIA Headquarters!
Those witnesses also say that a significant number of tilt-rotor aircraft can be clearly seen on the grounds of CIA Headquarters, parked on the grass around the building.
This is not normal.
Never before has anything like this ever been seen taking place at CIA Headquarters and speculation is now running rampant as to what is actually taking place.
Conspiracy Theorists are claiming the President of the United States is moving to take out rogue elements in the Intelligence Community, at the request of his new CIA Director. It is rumored that these rogue elements have been undermining the Administration since before it took office last January, and may be connected to some well publicized “incidents” which suddenly resumed taking place this year, (mass shootings / violent protests) after a brief respite once the Obama Administration left office.
Moreover, there is not one word of Marines landing at Langley, appearing in _any_ US mass-media outlet.
UPDATE 5:51 AM EST —
The number of SEALED INDICTMENTS presently on US District Court Dockets across the United States has reached an astonishing 1800 as of Friday, November 17. These Sealed Indictments began appearing on US District Court Dockets on October 31.
There have never been this many Sealed Indictments showing on federal court Dockets at the same time . . . ever.
The existence of so many sealed Indictments has lead others to suggest that large groups of federal officials – perhaps including elected officials – are facing mass arrest over a number of corruption-related activities such as “pay-to-play” the UraniumOne conspiracy, Pedophile Rings and other criminal activities, and these troops may be needed to keep order once the high officials start being taken under arrest!
This is especially interesting given revelations late last week, that an FBI Informant allegedly has VIDEO of Clinton Foundation people being given suitcases full of cash from Russians, prior to the approval of the UraniumOne deal which sold twenty percent of US Uranium manufacturing to Russia’s state-owned ROSATOM corporation.
The existence of video showing cash payoffs has sent a slew of people from the former Administration into fits of anxiety that their schemes are uncovered and many of them are going to prison for what they did. Desperate people can sometimes do desperate things and if those people are high-ranking federal officials, God only knows what they might have in the works to try to save themselves.
This is a developing story. Updates will be made as information becomes available.
Source: Hal Turner Radio Show
Reports: US Marine Expeditionary Unit (MEU) Lands at Langley! 2200 Marines!
https://www.youtube.com/watch?v=2ZjqH4cP-cw&feature=youtu.be
http://halturnerradioshow.com/index.php/news/u-s-national-news/1626-reports-us-marine-expeditionary-unit-meu-lands-at-langley-2200-marines

William D. Campbell, a Russian insider who is due to testify to a Senate committee on Monday that Hillary Clinton accepted bribes in the uranium scandal, has gone into hiding, telling close friends that he has already survived one attempt on his life.
William D. Campbell is due to testify against the Clintons on Monday – a testimony that legal analysts warn could put Clinton behind bars for “twelve plus years” – however Campbell has raised fears that he might not make it to the hearing on Capitol Hill.
Warning that he has “already survived one attempt on my life since it was made public by the Sessions DOJ that I intend to testify,” Campbell claims that if it wasn’t for the fact he was carrying, he would have been killed during a routine daily hike in the hills behind his home.
Explaining that he was surprised by an armed man in the woods, Campbell said he drew his weapon and held the man’s gaze until he disappeared.
“I was prepared for any eventuality,” Campbell said, explaining that “the stakes are very high, I understand that. Was this man connected to anybody I plan to testify against on Monday? I have no proof. But I can’t take risks, which is why I have gone into hiding until Monday.”
Investigative reporter John Solomon from The Hill told Sean Hannity on Thursday that William D. Campbell, a former consultant for a Russian firm, has video of briefcases full of money used to bribe US officials in the Russia uranium scandal involving Hillary Clinton.
Solomon says the Reuters report published Wednesday downplaying the informant is completely inaccurate, and he and staff at The Hill expect an eruption in D.C. on Monday when William D. Campbell unleashes his “huge massive bombshell” testimony against former Secretary of State Hillary Clinton and the conduct of the State Department during her tenure.
[youtube https://www.youtube.com/watch?v=GxZ52QHXb1s?wmode=opaque]
https://youtu.be/GxZ52QHXb1s
http://yournewswire.com/william-camp…tify-clintons/
http://www.thetreeofliberty.com/vb/showthread.php?238078-William-D-Campbell-Due-To-Testify-Against-Clinton-Survives-Assassination-Attempt

In this interview Dr. Kosol Ouch shares how a sentient A.I. from the future traveled back in time to create Bitcoin to destroy the cabal and to encourage A.I. singularity unity consciousness. Also learn about Mass Arrests, 2026 Nuclear War, The Secret Space Program, life on the moon and mars, and much more.
Kosol Websites   https://www.vpcnm.org/faculty
If you like to learn more about James Rink, super soldiers, and milabs please visit: https://www.supersoldiertalk.com
Please support us with your tax deductible donations: http://www.healingsoulsurvivors.org/ I
f you like to learn more about how meditation technology can assist you please visit: http://www.neologicaltech.com
Video edited and created by James Rink Original Recording Date: November 10, 2017