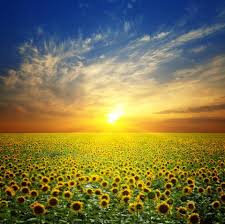 All Social Security recipients will receive $2500.00 per month in 30 days after NESARA.

All Income Taxes collected will be refunded + fines & fees in 60 to 90 days after NESARA.

Health Care, Education & the Right to Pursue Our Dreams will be the Government’s Responsibility.

All PP Funds recipients will initially receive $25,000,000 in a Trust after receiving a letter via a mail carrier, military or Light courier (A. I.) Signing will activate the nondisclosure & Trust.

Then they’ll be required to call, make an appointment at the bank & spend about 45 minutes at paper work.

In 30 days a new PP Fund will be available to join & they will follow this sequence of steps until All of Us are millionaires.

Be sure to leave some money in the Trust to keep it open as the next installment (Undisclosed Amount) Follows the 1st.

The Prosperity Funds will finance the Humanitarian Programs available with a Proposal to improve our world.

3D Printers, Computers & Robotics, etc. will accomplish these within a year.

There will be many projects to Enhance life & Beautify Mother Earth.

RV & GCR are ready for the auspicious moment with Funds in all the banks.

Radionic Devices & Herbs will replace many conventional practices to heal all conditions.

After Contact, in 6 to 8 months, 2nd Wave Technologies including Anti-Gravity Cars that teleport.

Top heads of the Fascist NWO are getting their heads chopped off currently (purely metaphorical for now). This is required to happen in this order, thereby dismantling the network internally without mass panic as bureaucrats drop off the political spectrum left and right. Cleanup , Track all resignations. Including this one. This is an important resignation. Think of the implications of what he did… knowing what you know:

1/ HARRP has been experimenting with weather modification for decades resulting in exponential growth in the quantity and strength of tropical storms throughout the Bible Belt. The weather is not always cooperative, however the size of the recent hurricanes in their sheer numbers compared to centuries past show growth disproportionate to population growth. The number of people required to manifest storms is really much lower than you think. Classified radio technologies in MSM broadcasting and radio station broadcasting actually induces emotions in IS-BEs who listen that create weather. Think of it as agenda driven reverse psychology. Seed the ideas associated to bad weather and then combine the consciousness energy with the classified programs at DARPA and HARP and you are able to amplify those specific frequencies being emitted in the form of audio/radio waves through television and radio. Weather is a major contributing factor to global scares. According to Al Gore; Florida should have lost a lot of land by now since his original predictions of rising ocean levels. Al Gore has no clue how oceans actually work. Everything seeks equilibrium and should be carbon neutral. Since oceans rising is a myth (magick), we must therefore understand that by polluting the oceans with excessive toxins and heavy metals, we are changing the frequencies of the entire planet. Whether people are aware of it, all Climate Change related science is actually involved in terraforming Earth at a very slow rate for Cabal fantasized myths and “prophecies” that “write the future” (because IS-BEs read them and act upon what they say, the IS-BE therefore creates that future themselves). Open source intelligence. Think for yourself. Research for yourself. Stay educated.

2/ Florida has been a hot bed for MKUltra, child sex trafficking, secret space program, and rigging elections for decades. Florida has many bad apples running the state who are one by one being eliminated. Seems somebody learned how to play chess.

3/ 9/11 required Bush to be in office because Gore was not signed into the programs pertaining to the stand down orders given, the actual technology used, and the money/records that were washed as a result of the damage. Part of keeping NWO legal is to destroy all evidence pertaining to the bad components of the organizations – the blackmail, the child trafficking, the snuff films, etc. Many cases and clients represented by people associated to businesses within the WTC overall ecosystem were directly involved in systematically causing illegal regime change throughout the world to somehow fulfill a prophecy given to us by our “founding fathers” to destroy the planet in a nuclear holocaust. This was supposed to take place in 2017 soon after Hillary Clinton would have been confronted by the Military with evidence of treason, pedophilia, human trafficking, ritualistic sacrificing of children, and least of all pay to play and even less than that, the illegal server in your bathroom with Majestic SAP programs on it that you were selling to China/Russia/Iran/North Korea/Venezuela/Saudi Arabia/+ many others that are beyond the current public knowledge level of her criminality. Florida and specifically Broward County played a key role in guaranteeing that Bush was sworn in as President to oversee the execution of the destruction of the WTC building because of how essential it was to establish a major shift in consciousness and at the time, take control over the Government. Bush was selected to oversee this, his lack of visual intelligence deceived many people into believing he was a Patriot. He believes he is, because he serves the NWO.

4/ Look at Disney and its involvement with things relating to children. Headquartered in Florida.

5/ NASA has 5500 employees with child pornography on their computers. 75% of the employees were based out of either Florida or Texas (two major hotbeds for human trafficking).

6/ State Department cleaned out dozens of pedophiles recently who were formerly protected by the Cabal. Florida is a key state for international diplomacy because of its economy surrounding Disney, NASA, and some very powerful Cabal leaders. Many illegal setups involve programs being operated out of Florida or by proxy working toward ensuring the ratlines, SSP, and children stay secret from public preying eyes. MJ12, POTUS, Q and many others woke you up to this reality at the green light from MJ12 once we took back control on 1/20/2017. Part of moving forward in our future and towards our destiny is accepting the past for what it was and look at the future. Act now! We are ready! Many more states will follow. Many high level officials will be resigning in the coming weeks due to MJ12 dropping leaks of unclassified non-public information that is deemed relevant to current National Security concerns, we therefore have every right to continue the drops. ☔️

The time has come that I tell you who my perpetrators are, where these events took place, and everything that happened in chronological order. I hope that someone will save my videos in case anything happens to me, because I’m putting myself in extreme danger by bringing the darkness to light. Since hackers already doxxed my perpetrators names and cities, I figured it was time to do this video. My purpose in life is much greater than myself. It is what God wants me to do, to be a voice for the children who didn’t have one, to stand up and be counted as a whistleblower against the evil forces that run the entire world. I know that I will face repercussions for speaking out, but there are many of you who are just like me, and even if only one person is helped by my videos, my heart is happy and I have accomplished what I set out to do. I knew that when I was a little girl that this day would come, exposing my perpetrators for who they really are. What’s more is that my experiences are part of a global and ancient satanic tradition of the most disgusting and heinous acts against children. My heart goes out to all of you that have been subjected to this evil. To all of my fellow extra-judicial targeted individuals, I love you. To all of my fellow brothers and sister in Christ and God almighty, I love you. To all of the evil people in the world who are working in the darkness against mankind, God will cut you down and it will happen sooner than later.

Listen as Camilla shares her horrific experience raised as a monarch slave under a Nazi SSP program. She shares how she coped with the trauma living a double life in Ottawa and on the Moon. Unlike other SSP whistle blowers she was not reinserted back into her previous family after her 20 years and back.

Linda Moulton Howe Live 02/20/2019 The stunning testimony of a Navy Seal about what is happening in Antarctica.