Abductions Are No Longer Tolerated 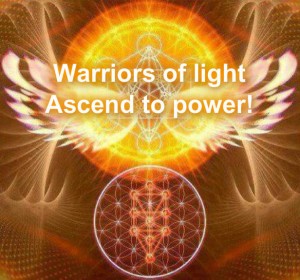 This is official communication from Metatron, Senior of the Archangels. There are various off-planet groups that have been conducting regular abductions on nearly 6 million people on this planet. The procedure generally goes like this: they portal in the victim in, take DNA sample, conduct experiments, or use the person for covert operations, and when they’re done, they time-travel the person back to the exact time they pulled the person out. They mind-swipe the memories of the victims so that they have no awareness of what just happened. Except that they see strange marks on their arms or in their mouth, or notice a few other oddities, and they may have strange dreams. These abduction victims are under constant surveillance and mind control to ensure they do not remember anything.
Then many of them are brought up into space programs, and after their services, are being age-regressed to the moment they were taken in. Even after being taken back, they are still often abducted for various reasons.
On behalf of the Planetary Counsel of Light, the Orion Special Forces, and the Avians Federation, we want to declare with an unanimous voice that such abductions will no longer be tolerated because they violate free will and serious cripple the lives of the victims.
We will not deploy the 10000 Immortals of the Orion Special Forces for this. We have formed a team of 30 Orion souls who will watch over this issue. A metaphysical substance has also been injected in many of the abduction victims that will make the mind swipes 50% less effective.
Here’s what is going to happen if abductions are being done again. First, they will remember. Just as these groups watch the victims to ensure they don’t remember, the Archangels are also watching them to ensure they do remember. Second, they will get a gentle zapping from the Orion surveillance team. Here’s the way God works. First you get the pebbles, then you get the rocks, then you get the boulders, then hell break loose, and if you still don’t listen, try again in the next life. Energies will build up in such a way.
The upper levels of the inter-galactic corrupt power structures have been completely destroyed. The German and Nazi space programs don’t need to be destroyed. However, they also cannot continue conducting business as they do.
A new reality is asserting itself: their “ultra-advanced” alien technologies are absolutely powerless in the face of God. The sooner they realize that, and the sooner they adapt, the less critical damage they will go through.
Just last night, Etienne was speaking on the phone with a guy who has been in a supersoldiers program and who is getting abducted on a regular basis. The agency had already got the warning that such abductions would no longer be tolerated. Etienne was doing energy work to restore his DNA and pineal gland that were under tight control. They had the guts to abduct this supersolder right in the middle of the call. At some point he said “they just abducted me… you didn’t notice anything but I have blood in the corner of my mouth.” and Etienne looked and notice they had reverted the energy work he had just done and had re-inserted the programs into his DNA.
Etienne took it very badly and sent a *massive* burst of energy back to the agency, and redid the clearing work on the supersoldier. The energetic collision was such that the Avians Guardians and the Andromedors (living around Saturn) intervened and got into very heated political discussions with the Nazi agency. The Avians basically told them Etienne was with them and urged them not to provoke Etienne as he could completely blow them up in the blink of an eye. The Avians tried to create a buffer zone in between the two parties to calm things down.
The agency suffered absolutely critical damage to their mind control and power structures, and that’s just a first warning. After an extremely intense night of sleep, several people came to Etienne with very good news.
“Thank you! I think I am unblocked. The lady who is helping me close to home is smiling and nodding when I repeat back what I thought I heard. It also feels different–in my chest, not a sinking feeling in my gut. THANK YOU!!!! So grateful! Was floored when I saw your post about the abduction in a session. Heavy duty. Felt it when it happened, like chains being unwound and floating away.” -Nikki
“Did you do something else? I am so clear headed and energetic today. I don’t even have a time when I felt like this last.” -Jamie
Several other very positive news already came in, including money finally coming in for a friend after cashflow being completely stuck for some weeks.
If you believe you are going through abductions, reach out to the Archangels with your mind and they will place you under surveillance. Etienne is also doing energy work to remove all the memory veils being installed during mind swipes so the memories will be coming back for everybody going through this.
This is not a time for stubbornness. A new reality is asserting itself.
– Metatron

Abductions Are No Longer Tolerated