Hello my name is Felton and I believe I am a super soldier. James asked me to write up my testimony, so here it goes. I was doing some research and I came across Jame’s YouTube channel. I started listen to some of the stories and abductions which are similar to what I experienced as a teenager. I have rage issues and PTSD from being in the army as well as separation anxiety. I also get cuts and needle marks and black outs and missing time. Then I watched the David Morrow interview and then decided to contact you to see what was wrong with me.

Since studying your interviews I have been getting flashbacks. I believe I was part of your team on the mission on mars. I think my avatar name is Bloodshed.

I was under the command of Agent Sabertooth (James Rink) and Dreadnought (Adam) and with Bloodstreak (Alex). I remember Bloodstreak always carried a knife but he dropped it often and was clumsy but he has super strength and could cause a lot of carnage. The back of the plane looked like a Chinook and it was operated by 2 grey alien pilots. You were standing up in the middle with a weapon strapped across your back and dreadnaught was on the left. And I was sitting on the seats on the side and we were all wearing a halo like uniform. You were giving mission briefs and when we got to the location Bloodstreak and I jumped off the aircraft.

In another mission I was in the trip chair. 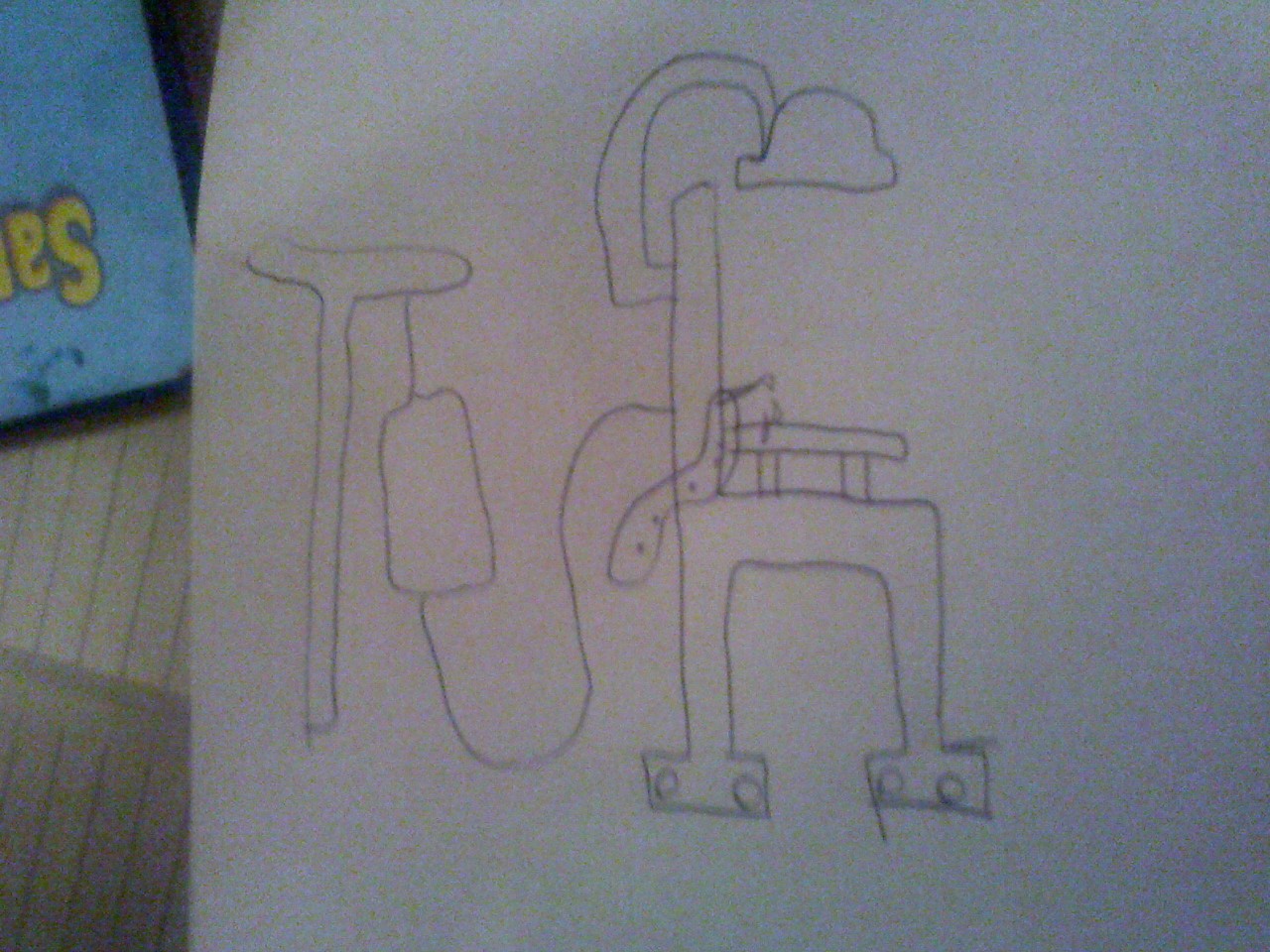 It looks very close to the picture Alex drew. It has something that goes over your head and a needle that goes into your back. I was strapped in, during this time I don’t remember much of what was said as I was screaming trying to get away from the needle going into my back which was extremely painful. I saw my handler who was some tall white dude and another woman who looked exactly like my mother, I think she was a clone. She was trying to talk to me to calm me down but it wasn’t working. So the guy was showing me a black and white photo of a white woman from the 1920’s and told me she will come and kill you if you don’t calm down. Once the needle was inside me it pumped me full of a drug which calmed me down and put me in a zombie state. At that point my consciousness came out and I was put into one of my avatar bodies.

I remember my avatar looking about 6’5”. He was naked at that time and very muscular, bald with grey colored skin. It looked like he was turned off. Some woman turned on a switch and he opened his eyes. There were also three greys with him who put on what looked like a silvery cyborg metallic body armor and black gloves. He also wore wearing a headpiece which would flip over the left eye creating a like terminator eye. When you look into it you see data read outs. He didn’t say anything, but you could hear him talk telepathically. 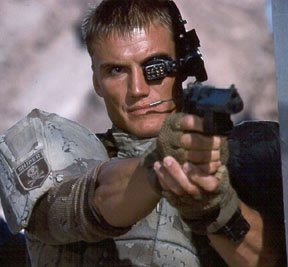 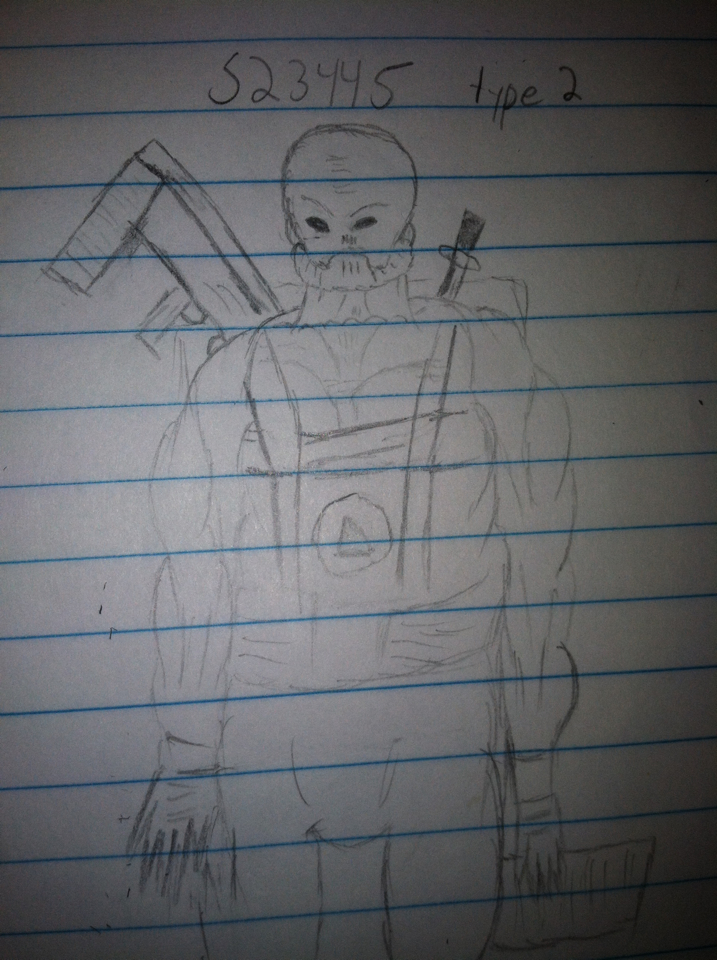 The next thing I remember is teleporting into a civilian car and I was upset that I was running late and then I felt my face shape shifting into a reptoid avatar which quickly shifted back to human. I felt it more in my cheeks because Reptoids have wide mouths and my eyes started to slant and open up and then I saw a flash of green then returned back to my cyborg form. 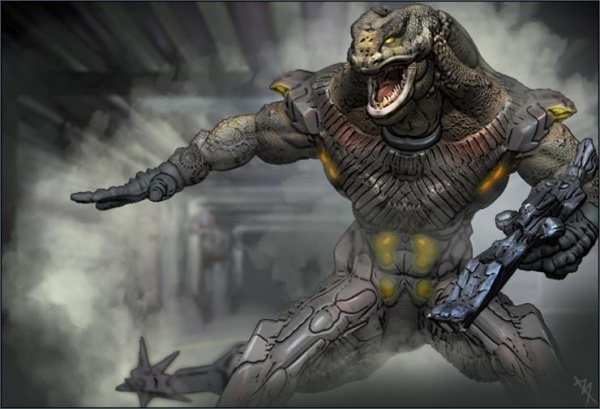 Then I reached my destination. It was snowing outside. I meet three other Alpha super soldiers and told Rogh and Sabertooth were already inside what looked like a 5 story abandon building probably built in the 60’s, it was dark inside. Rogh was sniping, he was tasked with killing someone with a name that starts with an E and you (Sabertooth) where gathering Intel.

So the other alpha super soldiers told me you been caught. So we rush into the building and ran up a couple of stories. I get into a fight with a Russian super soldier. He was wearing a maroon beret and a blue and black uniform with red stripes on the side.

He fought for a good while but eventually overpowered me. That’s when I was teleported back to an American air force military base in the middle of nowhere in the desert, where I meet someone called Timothy James. Timothy was a guard looking at paperwork at a security gate where three civilians trying to get in. Timothy told me I needed to give important information to someone named Michael. He then handed my paperwork to a female.

After that I entered into the base. Pretty much no one knew who I was. The building was full of mechanics and one of them got in my way. He told me “oh you don’t belong here? Why you are here.” And I got mad as hell and messed him up. I punched him in the chest and he flew across the room.

Then one of the mechanics turned around and saw me and said “Oh that’s bloodshed he’s one of us.”

After that they put me in virtual reality type training. It looked like a room where you go and you fight someone. They put me up against people I hated in the past. Then I get so angry and go into a rage and when that happens I gain terrible strength. After I destroy them they put me with another person who’s even stronger, and then another who is even stronger to test how far my strength can go.

In another memory that I remote viewed with James help I was lying on a table unconscious. I appeared to be naked and saw two tanks nearby with white bald headed bodies floating inside them. I think they are my clones. They had some breathing apparatus in their mouth. I also saw some greys in the room working a computer. 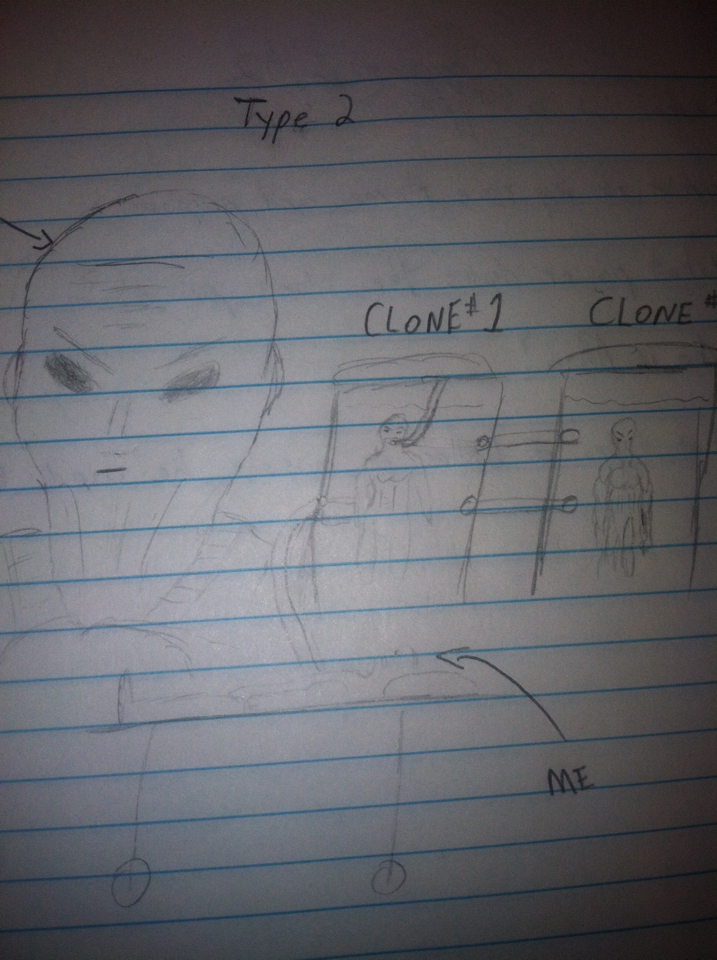 I also remember Nathan. Both of us had the rage problems but you were able to control it. Nathan could stuff you couldn’t do. He was able to use his powers in any dimension both as a super soldier and within his civilian life. He was so powerful he was a threat. It’s not that he betrayed the greys he just got tired of them and killed them. He followed the path of the dark side and got punished. In the generation before me there was an incident where Nathan nearly wiped out all the greys. So that’s why I think they wiped his memories and give him a different persona.

I also remember crushing a grey. When the lady activated me, the grey was messing with me so I punched it in the chest and he left me alone after that. After that happened I was handed off to a 7’ tall reptoid he didn’t say too much, he just led me around the building and showed me I was an Eva Borg, and that my name is Zach Thomas.