Alters, as I deal with them. 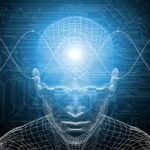 [Penny Bradley wrote this on Onstellar in September 2018.]

The usual and normal function of alters is to store trauma in a mind fragment. They are created by the mind to store memories that are beyond the ability of the mind to deal with. If the mind wants to survive, it creates a place to store those memories and the feelings they invoke. This ability is lost by the time the mind is in it’s teens and the trauma will send an older teen or adult into insanity or even death. But a small child will form alters instead. [This is why mind fracture is practiced on children.]

Alters don’t share the ethical compass of the mind. Alters can be taught to do anything on command. The usual things taught in the black ops are sex slavery, assassination techniques, warfare, even spying. And the mind will not even suspect it is possible. The only thing the mind usually notices are missing time and a tendency to not have emotions or feelings.

This tendency to not have emotions or feelings is called “disassociation”. The black ops refers to these people as “Disassociates”. They use the term as if it’s just another race of humans, without regard to the fact that these are people who have been tortured repeatedly to create this condition. AR Bordon uses that term repeatedly in his fiction. I’ve seen the term in declassified documents. There are millions of us attempting to lead normal lives on Earth.

So why is this done to people at all? Because certain groups want deniability. Because they want to do certain things without leaving witnesses. Because they want other groups to not be able to get the information from that “asset” [person]. The folks that run these programs have no idea that they are torturing children. All they see are assets that they have genetically modified and use as they see fit. To them, we “assets” are not “people”. We don’t have rights. We are just like robots to them. Things that they create and use. The idea that we started off as humans with souls and minds and soul contracts of our own never enters their minds. They have absolutely no respect for personal sovereignty.

Last March, I was approached by an NSA agent. She showed me her badge. [I freaked inside but maintained the artificial calm of a Dissociative.] She had a job she wanted me to do. But in the meantime, she told me that I was the last of my “Class” at Langley. After she left, I threw up. How could those people refer to 5 years of torture as a “Class” like it was school?

There had been hundreds of children at Langley AFB in 1959. I was 4 when they brought me there, mind wiped so I wouldn’t remember my family. We were kept in cells just large enough to hold a child sized cot. It was solitary confinement when I wasn’t being tortured or “Trained”. When I was let out of my cell for human interaction, I wasn’t allowed to talk to anyone.

And there were ETs there. I remember worker Draco and an individual female Naga in a doctor’s coat. She spoke to me telepathically, told me it would eventually be okay. I never told anyone there that she spoke to me. She was the only adult of any race who was kind to me.

We were not called by our names. We had been mind wiped, didn’t know our own names anyway. We were called by our room number. I was “7”. The boy who later became the NSA agent who activated my alter memories was “5”. The CIA killed him in December 2016. His birth name was Stephen.

I watched as children were killed. And came back, apparently unharmed. I was killed, over and over, and woke up in a dark tank. When they pulled me out, I was covered with a green gel. I would be hosed off and put into white cotton hospital pjs. After a while, I figured out that death wasn’t an option. They would just bring me back. Killing someone doesn’t matter when that person can be brought back from the dead.

Some of the children stopped forming alters and went catatonic. Others did nothing but scream non-stop. Since their minds refused to cooperate any longer, they no longer were useful to the people funding this program and were killed. Their bodies were incinerated.

I don’t know what their parents thought when they disappeared from their beds and were never seen again. I was eventually returned, seriously damaged, to my family. From their point of view, I never left as I was returned to within 15 minutes of when I was taken.

My parents were teens and members of the Church of Christ. They believed in “spare the rod and spoil the child”. The multidimensional abilities that Langley had cultivated in me–my parents saw as witchcraft to be beaten out of me. In some ways, they were more efficient at creating alters than Langley had been. We moved A LOT because the schools were concerned about their child abuse of my siblings and I. And looking back, I’m sure the alters showed themselves. You know the old phrase, out of the frying pan and into the fire? My parents didn’t rape or murder, but they were otherwise just as efficient at mind control as Langley’s experts.

My siblings? I don’t remember them at Langley. They are all Disassociatives. Two have small birth defects consistent with the DNA mods that were done to me. They tell me I’m nuts, but they haven’t been hit with an agent with a code phrase either.

When that NSA agent told me that I was the last of my Class at Langley to still be alive, it hit me deeply. Hundreds of children tortured for 5 years, with over 80% killed permanently then. And now I’m the last. The only one to speak for them.