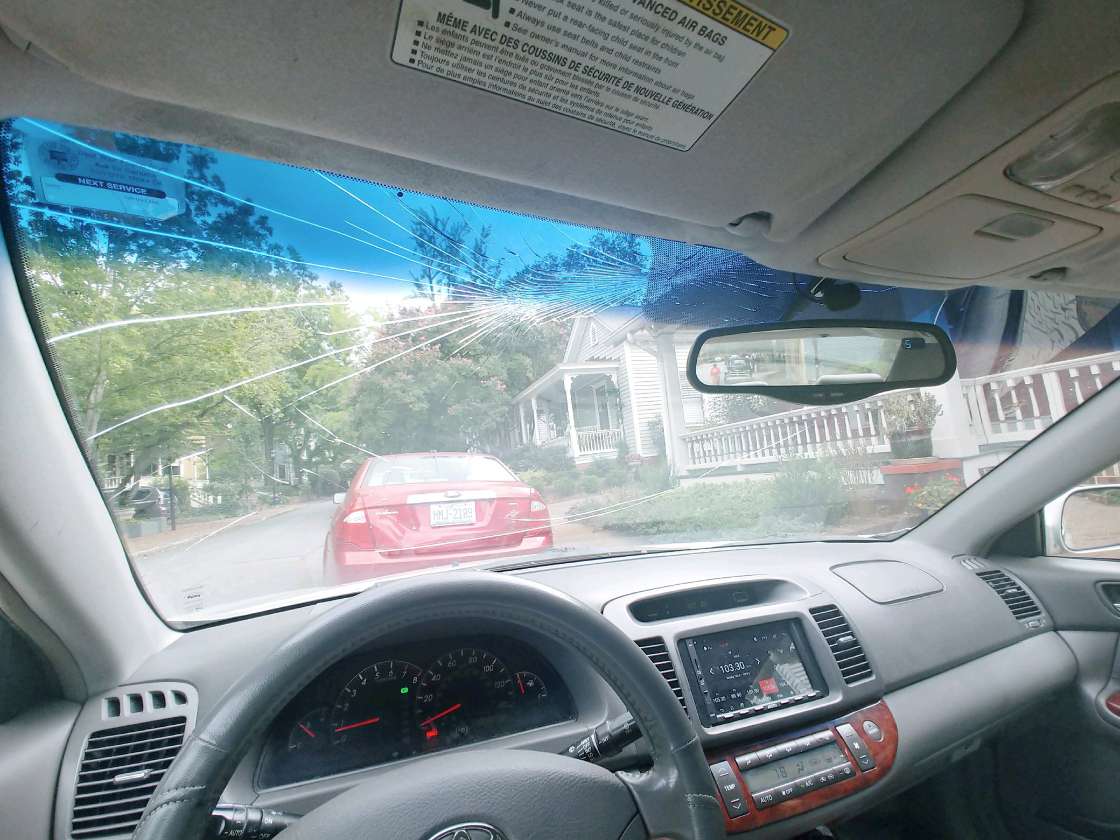 Window crack occurred from interior of my vehicle.

Last night, September 17, 2021, I am in a dark uniform with a round logo that has a black and golden color, on a street in a different parallel timeline. I am sitting on some flying motorcycle or snowmobile without wheels chasing some very tall monster hybrid creatures attacking me. The street where my car was on is the same street on the other timeline, imagine a mirrored reality but instead of people energy beings are living in those houses which happens simultaneously much like giants are still living in the Saint Petersburg palaces in Russia. They were shooting some energy guns with energy spirals that heat up as they are flying and then explode once penetrated some body or object. Those spirals first go through any surface and than explode. They would only explode if they go through something. I passed my car to get back into my body and one of the spiral got into the front window and exploded inside. Timelines look like a DNA so they go out and than merge again. My astral body can jump in when they merge and push the low vibrational beings out of those timelines.