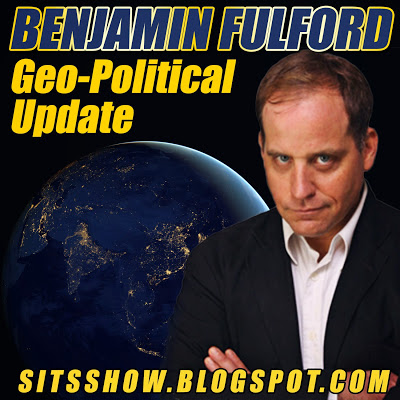 In honor of Ben’s request to withhold posting the full update until 3 days have past, here is the partial update.

JP Morgan and other Western mega-banks have already begun stealing depositors’ money, according to sources at the Asian Development Bank and an American millionaire who reported his own funds were stolen. The development bank source said a man who had $4 million on deposit with JP Morgan contacted him to say the bank had refused to allow him to withdraw his money. Instead the man was offered a “365 day bank guarantee.”

Related Where Does Money Come From? – The Fraud of Bank Credit | Do you own a home? A car? Do you have a credit card or a student loan?

In other words, the bank would not give him his money but offered to tell other banks that he had money. Many of the largest Western banks are now keeping themselves from going bankrupt by offering “guarantees” to each other, the source said. The American millionaire, based in Washington State, said more than $100 million of his money had also been stolen outright. A Japanese financier also told this writer that Citibank had stolen more than $10 million of his money he deposited at their branch in Tokyo. A Japanese female acquaintance said she had too had $50,000 stolen from her account at the branch of an American owned bank in Tokyo. The banks were not available for comment at the time of this writing but it is clear from this anecdotal and also from public evidence (like derivatives holdings and market manipulation) that most Western mega-banks are no longer functioning properly.

The US military and agencies are on the case and criminal investigations are ongoing, according to Pentagon sources.

However, the Pentagon sources say the Pentagon has been unable to bankrupt the UNITED STATES OF AMERICA Corporation and restore the Republic of the United States of America because of objections from the Chinese. The Chinese are saying that if the Federal Reserve Board Washington DC subsidiary declared bankruptcy, all of their over $3 trillion in hard earned US dollars would become worthless. If that was the case the Chinese would stop supporting the internationally traded US dollar and thus stop subsidizing all US military activities outside of the continental United States.

What all this means is that some sort of transition will have to be, and is being, aranged.

In the meantime, pressure from the military rank and files, especially from the Colonels, means that the leadership of US Joint Chiefs of Staff will be completely overhauled at the end of September. The incoming leadership group is ready to take serious action and start a major round up of Khazarian gangsters in Washington DC, New York and elsewhere. The Israeli Military and Intelligence community is preparing to take similar action in Israel, according to Mossad sources.

Also, although the arrests promised for August 8th did not take place in the dramatic and sweeping manner demanded by the rank and file military, there has been a lot of progress made. The Pentagon promises “the guns of August” will produce results.

For example, “after months of pressure” from the agencies and the Pentagon, the Justice Department and FBI have started a criminal investigation of Hillary Clinton. Despite a misleading headline, this has even been reported in the Khazarian mob controlled Washington Post.

That is why suddenly there is talk of Vice-President Joe Biden running for President, according to Pentagon sources.