News reports have confirmed that the Russian army has captured the Ukrainian port city and region (oblast) of Kherson, where an ancient space ark is claimed to be buried. According to two independent sources, the space ark is buried under Oleshky Sands National Nature Park, which is only 25 km (15 miles) east of Kherson. The space ark is said to be activating and predicted to eventually begin flying into the air.

Kherson is strategically important to the Russian military as it contains a fresh-water canal to the nearby Crimean peninsula, which is the only warm water port of the Russian Navy. Russia’s capture of Kherson is vital for ensuring the long-term viability of its Crimean facilities, but also fulfills a new strategic imperative – to gain access to and control the alleged space ark.

I was first told about the Ukraine space ark by my long-time source JP who currently serves in the US Army and has been on covert missions to two other space arks. One mission was to the Moon, and two others have been to the Bermuda Triangle area of the Atlantic Ocean. All three missions were jointly conducted by the US and China, and the second Atlantic Ocean mission included Russia, which had found its own ark but was not giving the US access.

On February 11, JP gave me coordinates (46°35’19″N 33°03’01″E) to a space ark he was told exists in Ukraine. The coordinates are for the Oleshky Sands, which is the only natural sand desert in Ukraine and has long been a tourist attraction. The origins of the sandy desert have puzzled geologists, and there has been speculation that it is a result of historical overgrazing by sheep.

JP later described what he was told about the Ukrainian space ark in briefings and by others participating in the covert missions to ancient arks being found all over our solar system and on Earth. On February 24, he left me the following voice message describing his new intel about space arks being found in Russia and Ukraine:

Remember I was telling you about the ark? There was Russians surrounding the ship that we were on [in the Atlantic Ocean]. They really wanted information. That’s why they went down to the [Atlantic] ark with us. We gave them the opportunity to come down. We didn’t have no problem, you know, bringing the Russians in and sharing information; because, we know that this was huge, worldwide, huge, you know this is humongous.

So all the world leaders need to know about this. But they did not keep their side of the promise right now, taking us to their ark, but now with this happening in Ukraine —that ark that is over there, I guess they want that information for them. We were about to go to that ark.

JP’s revelation that the space ark found in Ukraine is activating and US military authorities were ready to go in to investigate is very telling in terms of why Russia chose to intervene now. Even more astounding is his prediction that the Ukrainian ark will eventually begin flying into the air. Indeed, with the world’s attention currently on Ukraine, a flying space ark will instantaneously become a global event of profound significance.

On February 26, during my “What’s Coming in 2022” webinar, I publicly revealed for the first time what JP had told me about the Ukrainian space ark. I subsequently received important corroborating information from Thor Han Eredyon, a Fleet Commander of the Galactic Federation of Worlds, as relayed through Elena Danaan, a former French archeologist. 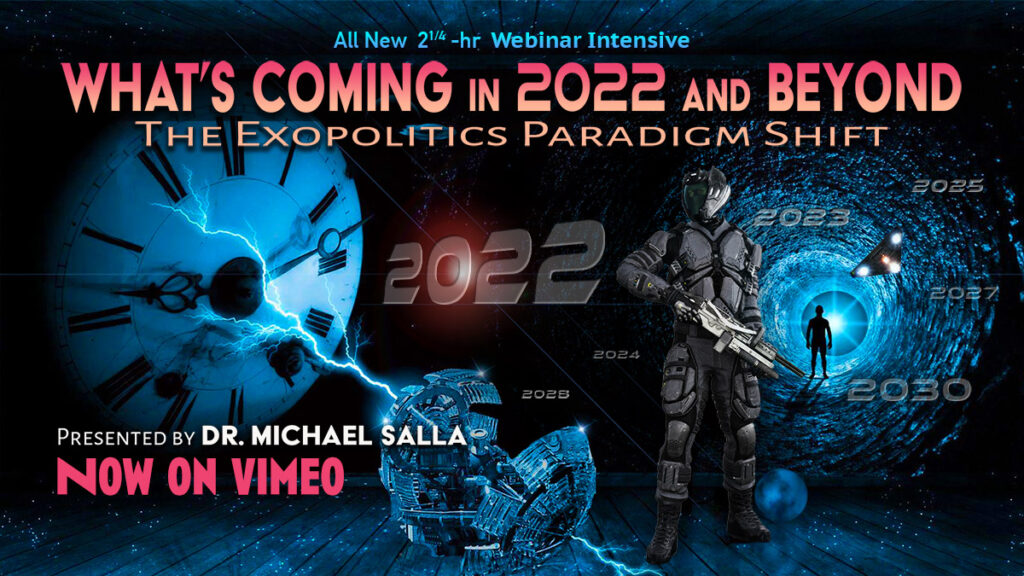 Two days after my webinar, Elena relayed to me the following information from Thor Han about Russia’s military intervention into Ukraine and the Deep State’s (DS) involvement with the ark:

This is not an invasion of Ukraine but part of the cleansing operations. The DS was attempting to activate the Ark, which they had found many years ago, buried underneath the sand in the lower southern part of Ukraine. The ark activated, so it was time Putin got his hands on it. There is a second ark in the north of Russia, but Putin already has control of it.

Thor Han’s information corroborated what JP had been told about two space arks found in the region — one in Russia and another in Ukraine. It’s very significant that the Deep State has had a strong influence over Ukraine since 2014 and was attempting to activate the space ark found in a sandy region of southern Ukraine—Oleshky Sands.

Putin has his hands on the other ark in the north of Russia, and he has been taught by positive extraterrestrials how to use this technology.

It is information without consequence because this ark in north Russia is secured and in good hands, contrarily to the Ukrainian ark, which, through to this day (March 01, 2022) is in the hands of the Earth Alliance, it is still fought for by the DS military based in the south of Ukraine, near the ark “buried in the sand.”

Thor Han’s information corroborates what JP had been told about Russia’s control over a space ark found in its own territory. By March 2, Russia had defeated the Ukrainian military and had gained full control over Kherson, including Oleshky Sands National Nature Park.

Kherson is the first Ukrainian city to fall to the Russian military, which is highly significant given claims of an ancient space ark found in the nearby Oleshky Sands.

The discovery of a space ark that is activating under Oleshky Sands provides an understanding of why Russia has decided to militarily intervene in the Ukraine civil war that has been ongoing since 2014. Something dramatic must have happened behind the scenes to motivate Russia to intervene in a civil war that was essentially frozen as a result of a lack of progress on implementing the Minsk Agreement signed by Russia, France, Germany, Ukraine, and the Organization for Security and Cooperation in Europe.

While some claim that the Ukrainian army was preparing a lightning military campaign to retake the contested Donetsk and Lugansk administrative regions (Oblasts) of Ukraine, others claim that US-sponsored Biolabs were the real target of the Russian attack. While these are plausible scenarios, neither one adequately explains why Russia conducted a full-scale military intervention from three directions after eight years of sitting on the sidelines.

The discovery of a buried space ark and Russia’s desire to take full control of it offers a more compelling explanation for Russia moving in and taking over Ukrainian territory far from the contested Donetsk and Lugansk regions.

Russia’s rapid takeover of Kherson is powerful circumstantial evidence that supports the revelations of JP and Thor Han/Elena Danaan about an ancient space ark found under the Oleshky Sands National Nature Park, and that this was the decisive factor in Russia’s surprise military intervention into Ukraine.

A podcast version of this article is available on YouTube & Rumble

I wish to thank JP and Elena Danaan for passing on their information about the discovery of ancient space arks.

To learn more Ukraine and what’s coming in 2022 and beyond, I recommend my February 26 webinar which is now available on Vimeo.