Who do you think will greet them? 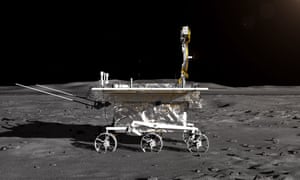 A Chinese spacecraft could shortly become the first ever to land on the “far side” of the moon, in a milestone for human space exploration. The China National Space Administration (CNSA) is aiming to land the craft in the unexplored South Pole-Aitken basin, the largest, oldest, deepest, crater on the moon’s surface.Early reports of a successful landing by the robotic probe, Chang’e 4, ended in confusion after state-run media China Daily and CGTN deleted tweets celebrating a successful mission. China Daily’s tweet said: ‘“China’s Chang’e 4 landed on the moon’s far side, inaugurating a new chapter in mankind’s lunar exploration history.”At the weekend, the probe entered an elliptical path around the moon, drawing as close as 15km (9 miles) from the surface. China’s mission control has not confirmed a time for the touchdown attempt but reports in state-run media suggested it would be early Thursday morning UK time.

Spacecraft have taken pictures of the moon’s far side before, but no lander has ever touched down there. If successful, Chang’e will mark a step towards China’s ambition to become a leading power in space exploration alongside the US and Russia.

One technological hurdle in targeting the side of the moon that constantly faces away from Earth is that direct communication with the spacecraft is not possible. Instead messages to and from Chang’e 4 are being relayed by the Queqiao (Magpie Bridge) satellite, which is in a “halo orbit” on the other side of the moon.

The mission is aiming to take detailed measurements of the moon’s terrain and mineral composition. The Aitken basin is thought to have been formed during a gigantic collision very early in the moon’s history. The collision is likely to have thrown up material from the moon’s interior, meaning that Chang’e could provide new clues as to how the natural satellite was formed. 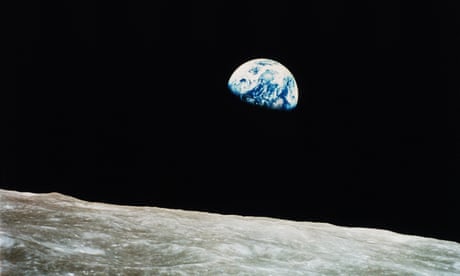 The far side of the moon is also viewed as an attractive site for radio astronomy. A telescope situated there would be shielded from human radio activity, potentially making it more sensitive to radio bursts coming from the sun or to faint signals from deep space. Chang’e 4 is carrying an instrument to judge the “electromagnetic cleanliness” of the location as a first step to assessing the possibility of placing a telescope there.

Lucie Green, a space scientist at University College London, said: “You’re completely shielded from all the emissions that we produce on Earth so you can get data that we couldn’t get elsewhere,. There’s been a lot of talk over the years of the potential of having a telescope on the far side. This mission could pave the way for more serious development on that side.”

Since the moon’s revolution cycle is the same as its rotation cycle, the same side of the planetary body always faces Earth. The other face, most of which cannot be seen from Earth, is called the far side or “dark side” of the moon, not because it is dark but because most of it is uncharted.