James perhaps you are aware of the 120,000 clone army being “grown” in the DUMB in China. The term Externalization of the higharchy includes the populations being geoengineered by our altered electromagnetic plasma environment, the vaccines, GMO foods, to alter the DNA of populations. This entire subject matter is covered in “as in the days of Noah”.

While I have been witness to HAARP and the underground, I have never been involved in clandestine operations. Canada does not engage in this arena as a matter of government policy. I have however had Bells Paulsey as a result of vaccines given in a typical DAG …the health protocol for all soldiers going out of country.

Thanks for sharing its refreshing to talk to another like minded individual who knows what they are talking about.  I have not heard about the 120K clone army. Where did you hear about that? Though I have read a report from Dr Boylan about a clone army underneath Iceland. I have a feeling there is a lot of these beings being manufactured within the bowels of the earth. Not sure how this is going to end. According to Billy Meier’s Plejaren contacts, at least before he was cloned anyway, they claim they will become self aware and wreak havoc on humanity. See the Henoch Prophesies.

I just received information from a key informant, with affiliation to a three-letter government agency, that a Cabal-controlled installation, which has been manufacturing and then mentally programming Hybrid-Human clones to operate as its Super Soldiers, has been eliminated.

In early 2006 an enormous underground installation, 16 miles long by one mile wide, began operation some kilometers distant from the Icelandic village of Djupidalur. 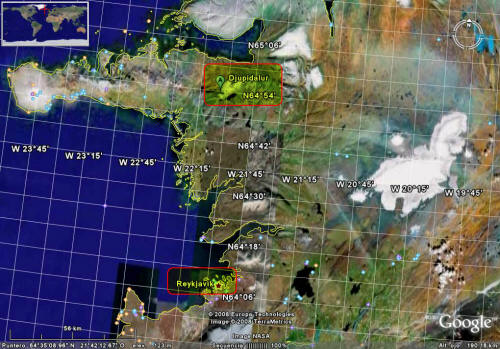 It took 13 years to build, having been authorized in 1993 by the U.S. National Security Council, who had been duped into believing it would be a research facility concerned with nuclear, biological and chemical weapons.

Instead, this facility was a key part of Cabal plans to build a super army of mostly Human clones whose genetics had been upgraded with just enough retrieved Star Visitor genetic material to give these clones enhanced physical, mental and psychic abilities.

This cloning project is what Colonel/Dr. Michael Wolf (Kruvant) of NSC’s Special Studies Group was so incensed about when he told me several years ago that he had learned that his work in human cloning was being perverted by (Cabal) military into creating the Super [hybrid] Soldier who would then receive mental programming to get the clone to mindlessly follow immoral orders. This caused him to resign from government research work.

This weekend, a crack counter-insurgency team (CIT), operating independent of military control, and disgusted by Cabal takeover of key positions in government, undertook a mission to penetrate the Djupidalur installation.

The CIT located where the hapless, misinformed Hybrids were being held, liberated them, and escorted them to the surface, where their safe extraction would be arranged for by an individual with friendly ties to Star Nations and legitimate compartments within the U.S. National Security community.

During the escorting, CIT came under fire from Cabal security forces, and in the ensuing firefight, (Cabal) Brigadier General Frank Dougherty and a number of his security troops were killed.

The Counter-Insurgency Team then set off munitions they had emplaced, and destroyed the clone factory installation, after setting off an alarm to give non-security personnel an opportunity to leave for the surface.

When Dr. Wolf was working on cloning, he told me that it took a year to create a human clone from test tube to walking, talking adult. So, if Djupidalur went on-line in early 2006, and went off-line in early 2007, there must have been only one “batch” of Hybrids graduating from that mill. And the CIT team got them all.
The complete success of extraction of the Hybrids and destruction of the installation is a signal moment in the incremental retaking of Earth from Cabal control.
But we are not yet at final victory.

Many other light-workers are doing what they can, from wherever they are located within society and its structures, to take back Human society from the control of the Cabal monsters.

Look for your opportunity.

Although most will not be as spectacular as the CIT’s, opportunities to reform and transform our society are all around you.

The government has been warned multiple times what would happen if they continued down this path. In 1987, Pleiadian contactee, Billy Meier, delivered a document to the world leaders which predicted their quest of power would bring about a hellish end of this world.

Known as the Henoch Prophecies, this document reveals that this cloned cyborg Super Soldier program also took place thousands of years ago on the planet of Henoch, and ultimately led to the destruction of its civilization. In the document we read:

“… Due to the fault of scientists, enormous power will be seized by the power-hungry and their military, their warriors and terrorists, and power will be seized as well through laser weapons of many types, but also via atomic, chemical and biological weapons. Also concerning genetic technology, enormous misuse will occur, because this will be unrestrainedly exploited for the purposes of war, not lastly due to the cloning of human beings for warring purposes, as this was practiced in ancient times with the descendants of Henoch in the regions of Sirius.

However, this will not be all of the horrors. as besides the genetic technology and the chemical weapons, far worse and more dangerous and more deadly weapons of mass destruction will be produced and will be used. The irresponsible politicians will unscrupulously exercise their power, assisted by scientists and obedient military forces serving them, who together hold a deadly scepter and will create clone-like beings which will be bred in a total lack of conscience and will be scientifically manipulated to become killer machines. Division by division and devoid of any feelings, they will destroy, murder, and annihilate everything.

Last but not least, the fault of the irresponsible scientists who by cloning will create human machines for military purposes, devoid of conscience and feelings, and will create immensely deadly and all-annihilating computer like weapons. At the same time, the danger could become reality that the human combat machines, the military clones, will gain their independence and under their own management will bring death, devastation, destruction and annihilation to the human beings of Earth and to the planet.”

You would think after this kind of warning that a sane person would immediately change their ways, but sadly the people who control this planet are far from that. So instead of taking heed of Billy Meier’s letters, in the mid-90s, the government chose to assassinate him. So after his 21st assassination attempt he was finally replaced with a clone which proceeded to sabotage and discredit his own work.