Chronicles from the Future: A True Story Kept Hidden by the Masons now Revealed 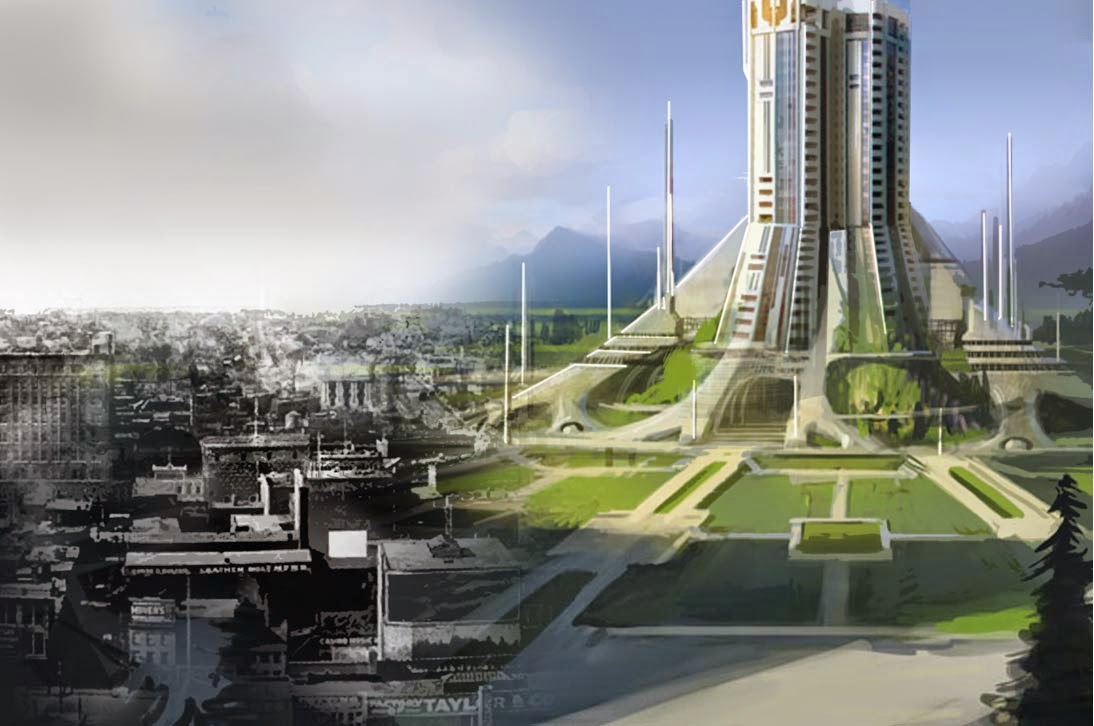 Chronicles from the Future tells a remarkable story about a bizarre and incredible event experienced by Paul Amadeus Dienach, the author, who lived during the beginning of the previous century in central Europe. Dienach claims that during his one-year comatose state, brought about by a serious illness, his consciousness travelled to the future in a different body and stayed there for the entire duration of his coma.  Although this sounds impossible and indeed fanciful, Dienach’s written account was taken very seriously by the Freemasons, who kept his book as a closely guarded secret.
There are many books containing prophecies and visions of future occurrences, however, none come close to the strange circumstances that happened to Dienach nearly a century ago. Only a select few have ever had the privilege of reading Dienach’s detailed chronicle of events as just a small number of copies were printed and published in Greece.
But now, for the first time, people have the opportunity to read Dienach’s incredible story and hear his revelations about the future and the next evolutionary step for humanity.
Exclusively on Ancient Origins, in cooperation with the editor of the first English version of Chronicles from the Future, Achilleas Syrigos will present pages from Paul Dienach’s Diary in sequence on Ancient Origins, so stay tuned! The book will be published in a few months.

Who is the writer of the book?

Paul Amadeus Dienach, was a professor of German language studies. He was not a writer nor did he ever plan to write a book. Rather, Chronicles from the Future is his published diary containing a detailed description of his experiences.
Dienach suffered from a rare type of Encephalitis lethargica (‘sleep sickness’), and in 1921, he fell into a coma and remained that way for a whole year in a hospital of Geneva.

What was his experience?

When Dienach awoke from his coma, he recorded in his diary that he had been awake and aware the entire time, but not in the year nor the place in which his body lay.  Dienach reported that his consciousness travelled into the body of another man, Andrew Northam, in the year 3906 AD.
According to Dienach, individuals in the year 3906 AD realized that a different consciousness had entered the body of Andrew Northam, and so they showed him and explained to him everything about their era, as well as exactly what had occurred from the 21st century up until their present year, showing the path that humanity had followed.
Dienach reported that a new species of human being, named Homo Occidantalis Novus, will follow today’s Homo sapiens, and in his memoires he traces the steps, both good and bad, that will take place over the millennia.
Dienach never mentioned his account to anyone at the time for fear of being thought crazy and exposing himself to ridicule, both in his career and personal life.

How did his personal diary come to be published?

At the age of 36, with fragile health and after recovering from his coma, Dienach decided to go to Greece in the Autumn of 1922 with the goal of improving his health, because of the mild climate, and also to teach German to university students.  One of his students was George Papahatzis, who later became the Vice President of the National Board of Greece, founding member of the Greek Philosophical Society and one of the reformers of Administrative Law in Greece, as well as a high rank member of a number of secret societies, including the Freemasons.
Two years later, seeing his health become worse and knowing that his death was imminent, Dienach decided to go to Italy. But before he left, he entrusted his loyal student, Papahatzis, with a briefcase full of notes, telling him that if he wanted to read them in the future, it would help him with his German. He said goodbye to his young friend and left. He died from tuberculosis in the first half of 1924.
George Papahatzis translated the notes of Dienach gradually over a period of 14 years – from 1926 to 1940.   He was surprised by the notes that Dienach had left him.  He initially believed his teacher had written a novel in a very peculiar way.  But as he continued to read, he realized that what he was translating were Dienach’s memoires.
The Second World War and the civil war that followed in Greece made Papahatzis cease translations of Dienach’s notes. But later on, from 1952 to 1966, Papahatzis tried to trace Dienach or Dienach’s relatives by travelling to Zurich on twelve separate occasions. He could not find any relatives or any trace of Dienach. So his conclusion was that Dienach (who fought during the First World War on the side of the Germans) had changed his name on his arrival to Greece, a country that had fought against the Germans in the war.
Once translated, Papahatzis shared the notes only within a very closed Masonic circle involving members of the highest degree. The notes were circulated as information of upmost importance for the future of mankind, and among the Masons, Dienach was considered a prophet of modern times.

The publishing efforts and the attack of the Church

Up until 1972, the translated notes of Dienach were available within the close philosophical and masonic circles.  They believed that the information should not be made available to the masses, since it was controversial and many would not handle the information well. But George Papahatzis did not agree.
In 1972, during the dictatorship in Greece, Papahatzis published the Pages of a Diary of Dienach and he came immediately under attack.  He lost his job, was accused as heretic by the Church, and copies of the book quickly disappeared. Only a few remained. 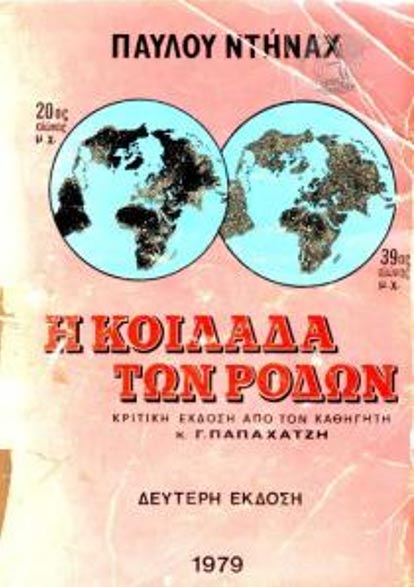 Second edition of Paul Dienach’s diary
Another attempt at publication was made in 1979, a period when Greece had transitioned to a Democracy following the overthrow of the Dictatorship.  However, again the books disappeared and it was hardly mentioned again, apart from the few that knew of its existence.
Thirty years later and the book has never been outside of Greece, and almost everyone ignored its existence apart from Radamanthys Anastasakis, high ranking ex-member of many secret societies (and today teacher, author and publisher), who decided to publish the book on a small scale, exactly as it was previously written. The huge length of the book, in combination with the fact that it was published by a small publishing company that didn’t have the means to advertise it, meant that it became lost among the thousands of other books.

Properly presented for the first time

When Dienach’s memoires were first published, they were difficult to read, containing over 800 pages of rough notes. Dienach never intended his diary to be published as a book, and simply recorded what he could remember from his one year experience when he was in the coma, along with other memories from his past, making the essence of the story difficult to extract.
Now for the first time, Dienach’s diary has been properly prepared and edited, presenting the key elements of his story in an easy-to-read format, along with stunning illustrations that bring to life the true essence of his experience.
This book could be life-changing, because if what it says is true, Dienach will show you what the future holds for humanity …
[youtube https://www.youtube.com/watch?v=HP9CLEOnBb8?showinfo=0]
Source: http://www.ancient-origins.net/