COBRA Situation Update
Sunday, February 12, 2017
Clearing of the Chimera group continues. There was a drastic improvement of the situation in our Solar System lately. The Light forces have managed to clear most of the plasma anomaly from the Solar System and beyond, and the vast majority of plasma anomaly with most remaining toplet bombs is now accumulated close to Earth within 3 Earth radii from the Earth center. 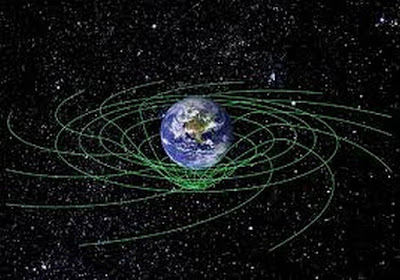 This is the area of the „head“ of the Yaldabaoth entity and the area of quantum anomaly well within which the quarantine Earth resides. The edge of this anomalous plasma field is described as the plasma shield in this article:
http://news.mit.edu/2014/plasma-shield-against-harmful-radiation-1126 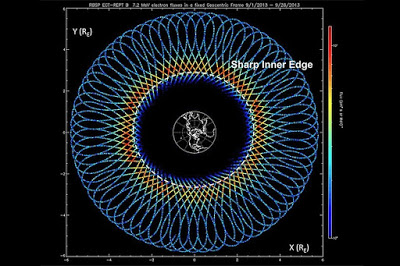 The Chimera group keeps this anomalous plasma in position with a scalar field with most prominent resonant frequencies of 11.76 Hz (corresponding to alpha brain waves) and 15.68 Hz (corresponding to beta brain waves). These two frequencies are the basic frequencies of the Veil. You can counteract some of the harmful effects of the Veil’s scalar field with binaural tones of the same frequency:
https://www.youtube.com/watch?v=jjmfRAlkpTQ
https://www.youtube.com/watch?v=YW1NTKaXQLA
https://www.youtube.com/watch?v=DV8-Gi1tRjk
The so-called „tentacles“ of the Yaldabaoth entity are not really tentacles but actually plasma filaments that are ever shifting and changing and they are not being removed one by one but are all gradually dissolving as the Light progresses. You need to understand that Yaldabaoth entity is a plasma parasite that feeds upon the healthy solar plasma that is emanating all the time from the Sun and distributed throughout the Solar system by solar wind: 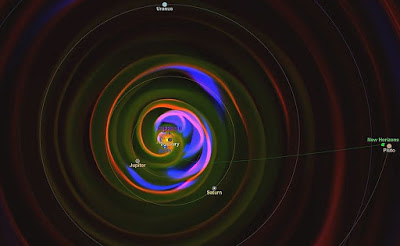 Density of the anomalous plasma filaments of the Yaldabaoth entity together with toplet bombs throughout the Solar System is now decreasing fast to the point of being almost completely dissolved and now basically only the „head“ of the Yaladabaoth entity remains. This „head“ is comprised of many layers of anomalous plasma that were laid upon the surface of the planet in the last 26,000 years.
The vast majority of this Solar system beyond Earth—Moon orbit is now in the hands of the Light forces and their fleet.
At the same time, battle for the energy grid closer to the surface of the planet is in full force and this unfortunately includes brutal scalar attacks on the key Lightworkers and Lightwarriors:
http://unleashingnaturalhumanity.com/2017/01/06/etheric-implants-are-human-nature/
When the head of the Yaldabaoth entity with its toplet bombs is removed, events will accelerate exponentially towards the main Breakthrough:
http://prepareforchange.net/2017/02/03/the-removal-of-the-veil-how-the-event-will-change-everything-immediately/
Meanwhile, on the surface of the planet, the forces behind president Trump are consolidating.
First, there is Erik Prince as the secret adviser of Donald Trump and the Sovereign Military order of Malta behind him:
https://theintercept.com/2017/01/17/notorious-mercenary-erik-prince-is-advising-trump-from-the-shadows/

Sovereign Military Order of Malta (SMOM) is controlled by the Jesuits:

The main forces directly controlling SMOM are old European Archon black nobility families, such as Pallavicini and Ortolani and the former King Juan Carlos of Spain.

The second force behind Trump is Goldman Sachs:

The Jesuits are using Trump as a tool to polarize the population of the US into „leftists“ and „rightists“, artificially engineering a national conflict. Needless to say, they will not be successful.

You are also welcome to join us on our new Ascension Conference in Taipei, Taiwan on March 11th-12th:

Much new intel about the Ascension process will be released there because the time is right.