Conversation with Voltaire as Channeled by Jessica Marrocco, transcribed by James Rink December 3, 2018 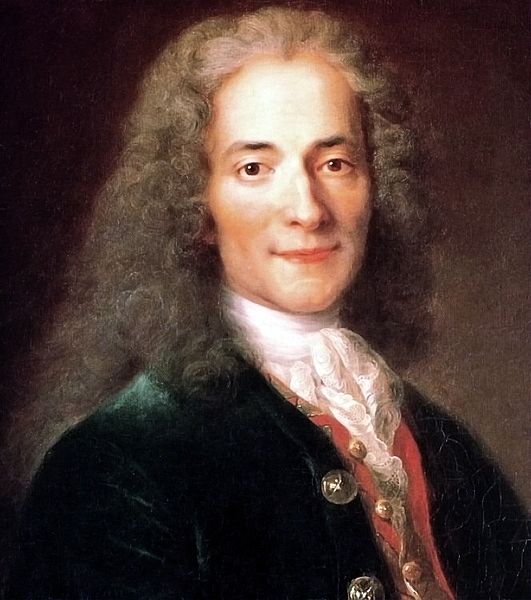 There is a link to me from the 1600’s, British Isles was never severed and never meant to be severed, which brought me to the King James era, from there I moved on to the 1700’s where I met Voltaire.

I Voltaire, am a witness to what I behold a man did travel through time. He was a man just as you and I. He had flesh and blood. And his countenance was not that of an angel. Rather that of a man. So, I am content in saying that a human can move through time and still retain his soul. So, what of that with God? Does man need a God, if humans can retrace the path of their ancestors. And now, that I am above and not below, I have seen many things. That this is a gate that I did not originally open, but I was able to walk through. I tell you my friends, the afterlife is a miraculous thing. I can see many things occurring on the planet. I can still feel my heartbeat as if I am alive.

I have blown breath upon the palm of my hand. I know this is true, but yet as I stand here, I cannot reach through and speak with you as I would before I left the planet.

Tell me kind sir and lady? Where does a person go if they pass through thin air into a time of the past? What happens to the cords of life as I see in the afterlife? So, when one travels in time, the cords do not appear though the body is absent.

I made a request to this man, who stands before you now. To return to the time of Christ, to see whether he did live or die. I was astonished when he brought back the crown of thorns and the blood. I said very well to this man. This does not prove the case that he dies, unnaturally or supernaturally. Only that a man was tortured or sentenced to death. I have no further proof of his divine ascension. This I have no record. However, on a grander scale my sights fell upon the thorns and how they pierced the gentleman’s hands. The miracle is you my friend. You were able to go back and retrieve this artifact.

That to me is more impressive than the life and death of a saint, because I have proof that you exist. And now I have proof that he existed. But I know that you (James Rink) are still alive. The question still remains as to whether or not he still lives. And so there you have it.

(Voltaire faked his death in 1778, then went into the future and in 1846 and got hit by train or vehicle and died. So that is a discussion Voltaire had with me with I traveled back in time to meet him. Also the blood on the thorns cut Jesus fingers and mine and our blood mixed. – James Rink)