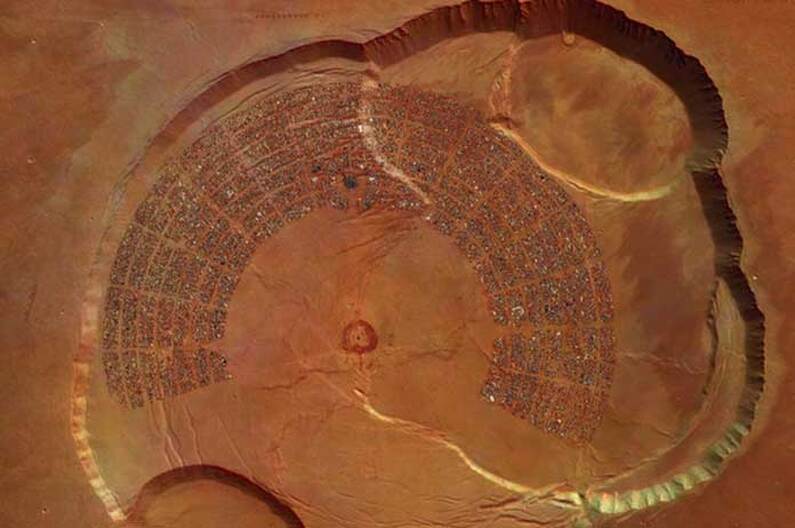 If you haven’t already heard, Elon Musk is planning to colonize Mars. Recently announced at the 67th annual International Astronautical Congress in Guadalajara, Mexico, he revealed that he not only wants to go to Mars, but also to establish a human colony on the planet once we get there.
According to alleged Secret Space Program whistleblower Corey Goode, who just released a press release about human activity and Mars, we are already there and have been for a long time. And he’s not the only one who’s saying that. This also comes as less of a surprise given the recent WikiLeaks’ documents, suggest that  human and extraterrestrial collaboration that’s been happening for some time.
“Mars was first visited by the Germans as far back as the 1930s, but during the 70s, US space programs were actively exploring Mars and other planets to establish bases. In 1980 the US SSP became – Solar Warden. Under Project Solar Warden vast development and colonization occurred on Mars and other planets. Goode continues, “Bases on Mars were built under the surface.”
You can watch more on this in detail on GAIA.com where Corey Goode & David Wilcock host Cosmic Disclosure. 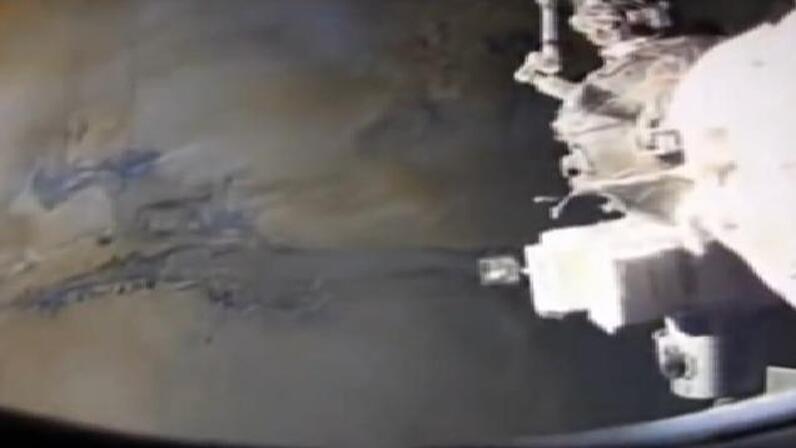 The SSP
​Who might this secret space program be run by? Perhaps this statement from Senator Daniel K. Inouye will give you an idea: “There exists a shadowy government with its own Air Force, its own Navy, its own fundraising mechanism, and the ability to pursue its own ideas of the national interest, free from all checks and balances, and free from the law itself.”
Inouye was one of many politicians who tried to let the world know about the world of secrecy that plagues our planet. Another great example would be President Roosevelt, who told the world that “behind the ostensible government sits enthroned an invisible government, owing no allegiance and acknowledging no responsibility to the people.”
​This “invisible” government has also built its own secret space program.
Did you know that the National Security Agency (NSA) was founded in 1952, and its existence was hidden until the mid 1960s? Even more secretive is the National Reconnaissance Office, which was founded in 1960 but remained completely hidden for 30 years.In the mainstream world, these initiatives are called  Special Access Programs (SAP). Then there are unacknowledged and waived SAPs, better known as “deep black programs.” These programs do not exist publicly, but they do indeed exist. A 1997 U.S. Senate report described them as “so sensitive that they are exempt from standard reporting requirements to the Congress.”
​
For a deeper look into the subject, below is a great lecture given by researcher Richard Dolan. If you’re new to the topic and want a little background information, this is a fantastic place to start.

Because this subject is so controversial and so often ridiculed, it is essential to consult credible sources, and to listen to whistleblowers with verified backgrounds — who now number in the hundreds in terms of comments regarding UFOs and/or extraterrestrials.

From there you can add to your research by listening to alleged whistleblowers, who offer interesting stories that often corroborate with much of the information presented by verified whistleblowers.

We’ve been in contact with Corey Goode for many months now and when asked about releasing his credentials, he stated the time wasn’t right and there were many things to consider that we cannot share on record at this moment.

With all of the recent disclosures, and with dozens of governments already releasing thousands of ‘UFO’ files detailing astonishing military encounters with UFOs, alongside tremendous amounts of witness testimony, there is no better time to delve deeper into the subject. 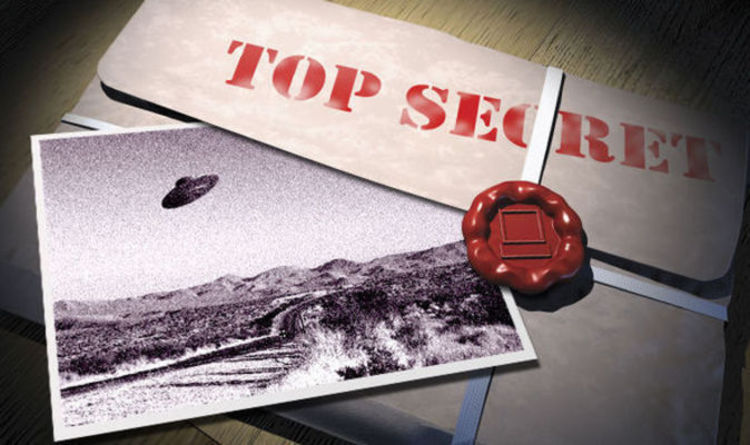 That’s where Corey Good comes in. He claims he was recruited through one of the MILAB programs at the young age of 6, and trained and served there from 1976-1986/87. Toward the end of his time as a MILAB he was assigned to an IE support role for a rotating Earth Delegate Seat (shared by secret Earth government groups) in a “human-type” ET Super Federation Council.
​
MILAB refers to the military abduction of a person who is then indoctrinated and trained for any number of military black ops programs. Apparently, Goode’s IE abilities played an important role in communicating with non-terrestrial beings as part of one of the Secret Space Programs (SSP). During his 20 year service he had a variety of experiences and assignments, including the Intruder Intercept Interrogation Program.
A recently released a press release talks more about these programs:Richardson, Texas, October 13, 2016 – On Tues, Oct. 11th President Barack Obama wrote an Opinion Editorial via CNN.com announcing to the citizens of the United States that, “America has set a clear goal to send humans to Mars by the 2030s…we do what’s possible before anyone else.” The problem here is that during a Nov. 2015 video interview with Gaia.com, whistleblower Corey Goode from the US Secret Space Program (SSP) said, “There are humans already on Mars and it’s been colonized.” In Dec. 1986, Goode was recruited into SSP – UNSAP (Un-Acknowledged Special Access Programs) under Project Solar Warden. He was assigned to a research vessel in space to study the solar system from Dec. 1986 – Dec. 2007.

President Obama and the US government joins a heavy-hitter list of private-sector visionaries, such as Boeing CEO Dennis Muilenburg and Elon Musk (SpaceX), as they compete to make a historical dent in space. On Oct. 4th, according to Bloomberg Technology, Muilenburg said, “It’s my company that’s sending the first humans to Mars, not Musk. I’m convinced the first person to step foot on Mars will arrive there riding a Boeing rocket.” 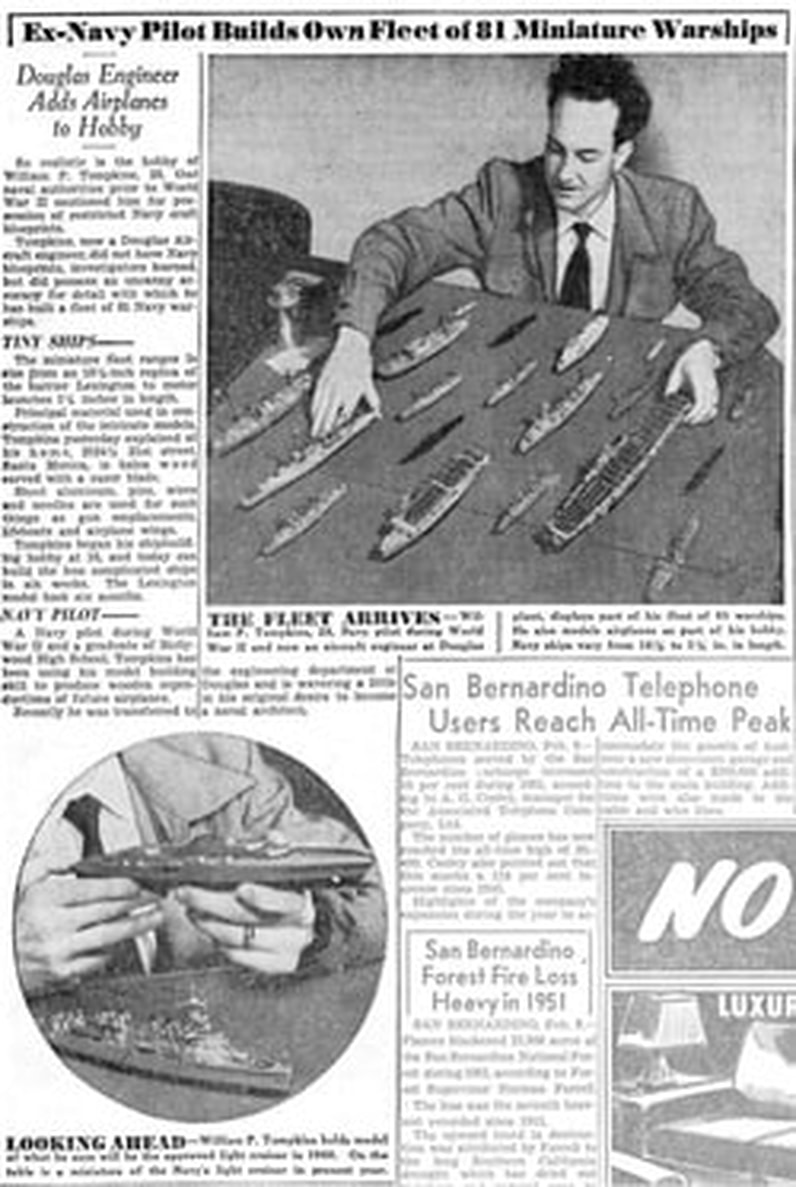 Retired aerospace engineer William Tompkins, who worked with U.S. Navy space intelligence programs during World War II, stated that, “During my tenure in the Navy, we discovered that the Germans had been inventing space technology since the early 20th century.”
​
Tompkins story corroborates Goode’s claims of German space-travel technology. This is interesting, because it also aligns with when the American Space Program began, shortly after operation paperclip.
Tompkins claims to have classified documents showing German space-travel technology, and says he worked within highly classified think tanks, designing advanced weapons for aerospace companies, including North American Aviation, Northrop, and Douglas Aircraft Company.

Whether you believe in the secret space program or not, evidence is mounting that humans have been working well beyond what we’ve publicly been told when it comes to secret space. Are we on Mars? You be the judge, but given all we’ve seen in our research, there’s much reason to think we are and that it’s simply not being conveyed to the public. Why? That’s a whole other story.