FALL OF THE CHIMERA

Fall of the Chimera

Time has come to release more intel about the Chimera group. Parts of this intel may seem unbelievable for some people, but truth is stranger than fiction.

This group includes the leaders of the dark forces from the Andromeda galaxy. They came to Earth in humanoid physical bodies 25,000 years ago and quarantined the planet. They have built a scalar electromagnetic fence around the Earth (the Veil), effectively preventing positive ET contact and thus isolating humanity. Then they constructed a vast network of subterranean cities, using Draconians as slave handlers and Reptilians as slaves and controlled the human population on the surface of the planet from there.

Their main strongholds at that time were under Africa, China and Tibet. They had no direct contact with the surface civilization until the early 20th century. That timeframe has seen interesting occult developments.

First, in 1917 the Light forces have formed the Thule society in Germany. Very soon it was infiltrated by the Archon-controlled Rothschild agent named Adolf Schicklgruber (Hitler) and became an instrument of the dark and it further morphed into the Vril society which was developing secret German space program:

When the Chimera group saw this, they realized that the surface human population has reached sufficient technological development to reach for the stars and pierce the Veil. To suppress that, they have made their first contact with the surface population through Karl Haushofer on his travels to Tibet. After that contact was made, Chimera-controlled Haushofer was the main occult force behind the Nazi Germany:

After the Nazis have lost WW2, they have been imported into the United States through Operation Paperclip, where they formed the backbone of the military-industrial complex, continued to develop their secret space program and started to build deep underground military bases, financed with Yamashita gold. The Chimera group was behind the scenes, carefully watching the moves of the US military-industrial complex and making sure that the quarantine status of the planet was maintained and kept intact. The growing nuclear arsenal of the Negative Military was a great concern for the Galactic Confederation forces and they made an experiment to minimize the yield of the thermonuclear bomb at the Castle Koon nuclear test in 1954:

After the Confederation has successfully decreased the yield of the bomb by almost 90%, the military-industrial complex became afraid and united their forces against the perceived threat from the »tall whites« . This was exactly as Chimera wanted, because now they had Negative Military united worldwide, working on the common goal of maintaining the quarantine. Very strict secrecy protocols were established and no leaks about »deep events« which could disrupt the quarantine status were tolerated. This is the reason why you can find no real proof about the existence of ET civilizations anywhere and most »evidence« is fabricated by CIA to further confuse the issue. This is also the reason why you can not find any deep intel on internet but just endless recycling of well-known facts instead. You might already have noticed that almost all intel about UFOs and deep underground military bases is decades old.

You can find the only mention of the Chimera group in a James Casbolt’s interview. He is one of the very few people with access to deep intel who went public. Although not everything in here is correct, it is worth reading:

The Chimera group worships the Black Sun, which is their symbol for the Galactic Central Sun. Their leader is still in a possession of a single piece of the Black Stone, which is a lump of heavy top/antitop quark condensate. It was brought to Earth from Rigel in 1996. The Black Stone is the center of the primary cosmic anomaly of darkness and is far more dangerous than the strangelet bomb, as top quarks are much heavier than strange quarks:

Leaders of the Chimera group are the guardians of the electromagnetic null zone.

Now only the underground train system of the Resistance is fully operational. The Chimera group is mostly contained in the uppermost underground sections of the surface military bases, closer than 100 feet (30 meters) to the surface. Their main current strongholds, through which they control the surface of the planet, are:

Each of those locations has their own strangelet bomb on its territory. Those strangelet bombs are quite dangerous and they are the main reason why the Positive Military is not yet making their move for the Event:

A location near Montauk entry/exit point is Cold Spring Harbor, a genetics laboratory where the Chimera produces top Cabal members clones, according to some unconfirmed sources:

Galactic Confederation forces are constantly monitoring the facility and will terminate the cloning program when the situation will be ready for that:

The Chimera group has hijacked the global financial system from the hands of the central bankers in the last decade through the PROMIS software and through high speed trading programs. The Resistance and the Organization (its forerunner) were aware of those programs for quite some time and were able to siphon off about 70 trillion dollars away from the black funds of the Cabal. That money will be given back to humanity after the Reset through the collateral accounts. 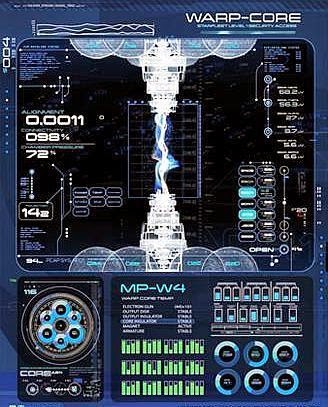 The Light forces have developed a protocol for the defeat of the Chimera group and the protocol is being carried out.

The Victory of the Light is near.