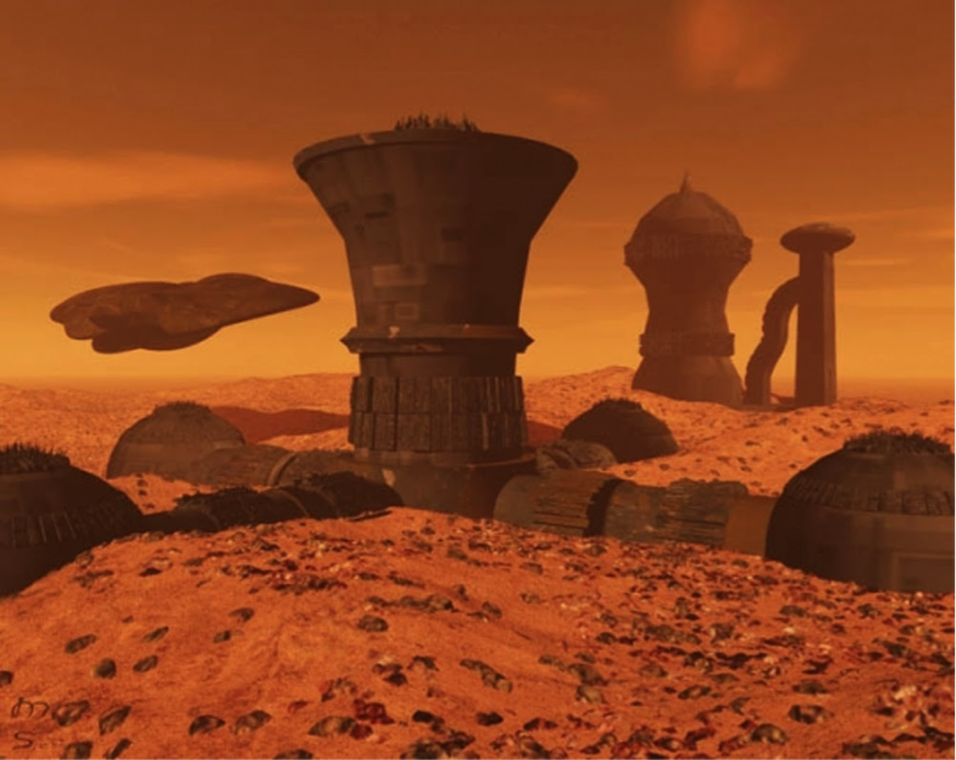 In his latest interview on Gaiam TV’s Cosmic Disclosure, whistleblower Corey Goode describes in detail the attempts by a secret German space program to establish bases on Mars during the Second World War era. He claims that during the subsequent colonizing effort, the Germans fought fierce territorial battles with resident Martian species that inhabited large lava tubes that ran throughout Mars subterranean regions.
Goode says that during the early 1940’s, while the Second World War was still being fought, German secret societies –Thule, Vril and Black Sun – had successfully established a base on the moon, and used that as a launching pad for missions to Mars. Travel time between the Moon and Mars was several hours for the Germans. Goode contrasted this with the contemporary secret space program which has cut this travel time down to a matter of minutes!
Goode describes information about the early German colonization events acquired from “smart glass pads” he had access to during his space service as an “intuitive empath” from 1987 to 2007. He says that German documents and photographs, detailing these Moon and Mars missions, were archived on the smart glass pads.
Goode previously described the power of the German secret societies in Hitler’s Germany. The Thule, Vril and Black Sun societies had created a space program that was wholly independent of the Nazi SS effort to weaponize flying saucers for the war effort.
These German secret societies had established bases in Antarctica and South America that escaped the bulk of the fighting during the Second World War. Well-hidden and protected in these remote locations, the Germans had forged ahead in developing advanced space travel technologies using antigravity and space-time portals.
German secret society efforts in establishing a parallel space program was previously described by Goode in a May 20, 2015 email interview, earlier episodes of Cosmic Disclosure, and discussed in detail in the book, Insiders Reveal Secret Space Programs (2015). 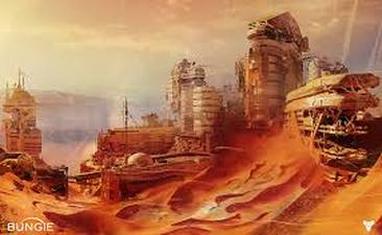 In the November 10, 2015, episode of Cosmic Disclosure, Goode provides more information than earlier revealed about the challenges the early German colonists faced in establishing their bases on Mars and the Moon.
After establishing a presence in Mar’s equatorial regions, he describes how the Germans encountered harsh sand storms that were highly electrically charged. The lightning storms wreaked havoc with the electronics of their technologies. Goode’s testimony is supported by NASA research that has confirmed that tremendous lightning bursts do occur during Mars dust storms.
Consequently, the Germans began searching elsewhere on Mars for more suitable areas for their bases. They found that the Northern and Southern regions, above the 20th parallel, offered a more hospitable environment for building bases, well away from the huge electrical Martian dust storms. The Germans discovered an ancient lava tube system about 10 times the size of lave tubes on Earth, and relocated their bases here.
Mars lava tubes and other subterranean regions were not uninhabited though. The Germans encountered two intelligent resident species that they had to wage fierce territorial battles against while establishing their bases. Goode described the two species as Reptilian and Insectoid.  These brutal battles led to the loss of many German personnel and resources up until the late 1950s, when the U.S. military industrial complex began helping the German secret societies on Mars.
In mid-1952, the Germans had conducted a series of flying saucer flights over Washington D.C. in a show of force. This led to the beginning of official relations with the German secret societies. During the Eisenhower administration, the U.S. capitulated to the Germans key demands, which led to the infiltration of the military-industrial complex. 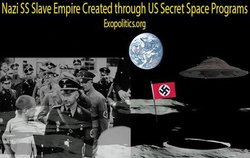 With the industrial might of the U.S. now behind them, the German secret societies were able to finally consolidate their Mars bases and protect them from the resident Martians.
Is there any evidence supporting Goode’s incredible claims? First, we can look to other whistleblowers who also claim to have spent time on Mars while serving with secret space programs.
Goode’s testimony has a number of important parallels with the testimony of an earlier Mars whistleblower Randy Cramer, who says that he spent 17 years on Mars (from 1987 to 2004) in an elite military unit that defended civilian colonies from resident Martians.
In an April 2014, series of interviews (six months prior to Goode’s public emergence in September), Cramer said that his unit regularly fought territorial battles with two intelligent Mars species, Reptilians and Insectoids – the same two identified by Goode.
[youtube https://www.youtube.com/watch?v=YCTYkYcYuI0?wmode=opaque]
Cramer described the resident Martians as fiercely territorial who would go to battle if their territory was threatened. At other times, they would leave the human colonists alone. Again, this is consistent with Goode’s claims regarding German battles with the Martians.
While Cramer did not mention any German connection, he made it clear that the military unit he served with was subservient to a corporate entity that was in charge of Mars operations. This is consistent with Goode’s claims about an “Interplanetary Corporate Conglomerate” that runs Mars, which had been earlier infiltrated and taken over by German secret societies and their Nazi SS supporters.
Continue reading HERE
[youtube https://www.youtube.com/watch?v=ukpPtzvracg?wmode=opaque]