Written by James Rink, Channeled by Oksana and Mckenna, and artwork by Marina. 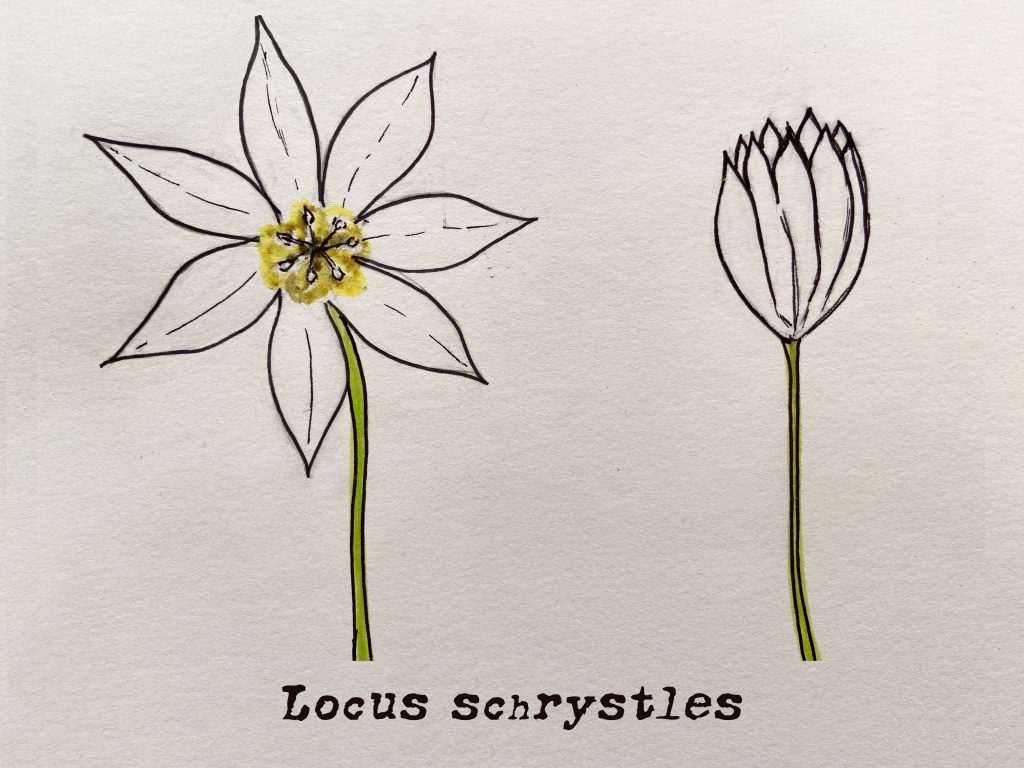 500,000 years ago, before the Martian wars and cataclysms; Mars was in the midst of a golden age and had a tropical environment. In the cooler grasslands of the northern latitudes used to grow a beautiful flower known by the locals as Locus schrystles which was used by the native Martians for healing.

The original settlers of Mars were survivors from the planet Tiamat, which is now the asteroid belt. This planet was destroyed about 5 million years ago in wars with the Draco and Orion empire. These natives at that time look like the perfect Scandinavian type, blond hair with deep blue eyes and light and darker blue eyes. One girl has a neon teal azure in her eyes. They have sharp jaw lines and cheekbones. This feels very much like 4D or 5D Mars.

One girl is filling them in her white dress. She is taking the flowers somewhere. Looks like an arch between the rocks. There are mountains in the background. The sky is teal color. Seems like this species of plant prefer the polar regions as this area never gets night time. We continue following the girl into the cave entrance. The whole room is lighting up around her as she walks. Inside the dwelling, there seems to be a built-in system which mirrors energy from the soul of mars. The chairs look futuristic and are growing out of the floor.

They would use the flower in 2 parts. They would first dry out the petals; then maidens would place the flowers onto a white alabaster marble table to dry them out. All the furniture in the room also looks like it’s made of the same stuff. Processing of the flowers also serves as a meditative practice as they would charge themselves up with the energy of Mars from these flowers. There are no men nearby. The women are all wearing shear white silk. There is a grandmother figure, she is collecting the pollen from the stamen of the flowers. She is grinding them down using a mortar and pestle made from Martian stones. You would think, with their advanced technology they could use something more modern but they want this to be a more hands on process. The room is spherical and the flowers give energy to the walls which makes the room warmer and more comfortable. They need the flowers. The aroma fills them up with energy and they don’t need to eat.  They put the pollen on their face and it looks like a crystal structure. It becomes a part of you. To get healed with the flowers you have to absorb the energy of the flowers. These flowers can heal any condition even mind control.

The essence of the center of the planet of Mars is in the same soul essence of the flowers. Mars shoots these bubbles of her essence into each flower. They are all the same. This energetic harmony cannot be maintained any other way. The flowers help maintain the atmosphere, if you cause unbalance with these flowers, it will be very bad for Mars.

One of the girls processing the flowers goes by the name of Siana. She can shapeshift into a fox with a face with big ears. She says she likes those creatures; they are nice. We ask her, where is her father and the other men? She says the men are working, they are working on a tunnel system building out new dwellings for those who need a space to live. They are always welcoming species who come to ask for shelter. During this time of history, there was a lot of wars going on in the universe and many planets had exploded and needed refuge.

We see one wild looking race which gained knowledge from the Martians and then they go back to developing their damaged planet. The mantis beings settled around this time and lived in harmony with the native populations. We also see a group of reptilian settlers here as well. The first group had about 50 of them. They move in the tunnel system underground near the blonde-haired Martians. The reptilians prefer to live underground as the temperature can be kept at warmer comfortable levels. The Martian men teach the reptilians how to build out their dwellings. There is a lot of solid rock underneath, they use their eyes to pinpoint a spot and the group of them together melt the rock into dust. The rock is transformed by changing the vibrational frequency of the rock. They can also turn these rocks into energy using this method.

But the reptilians didn’t have good intentions, they would put nanotechnology toxic dust over the surface of the planet to introduce death and decay and to try to erase the ancient wisdom and history of the planet. People started to get disconnected from the essence of Mars and got disconnected from their own subconscious. The reptilians also sprinkled this toxic dust over planet earth around that same time. Sadly, the flowers are now extinct on the surface but the reptilians have some flower samples in their labs still which they would combine with nanotechnology so instead of healing the flowers would be used for mind control purposes.

Eventually war destroyed the tropical climate and atmosphere and what was left was a desert waste land of ancient ruins. To keep people out of the ruins the Draconians created giant spiders in their underground labs to keep people from discovering the cave systems. This planet never had giant spiders or insects originally.

The beings in the labs look like the crocodile type reptilians, in black leather coats, with the belt. They are a new hybrid race made by the original settlers. In fact, none of the original settler reptilians are around anymore. They have all been hybridized and now they can’t even go back to their original planet. Many of the creatures riding around spacecraft today are beings who escaped their labs. These reptilians also abduct humans from different star systems to take them at night to use their creativity abilities to sketch new creature designs. Their labs contain well-lit tables with many sketches of creatures nearby on the walls. They would use these sketches to mould their DNA in underground labs. If the DNA doesn’t correspond. They would want to save them. Especially they want to save them. 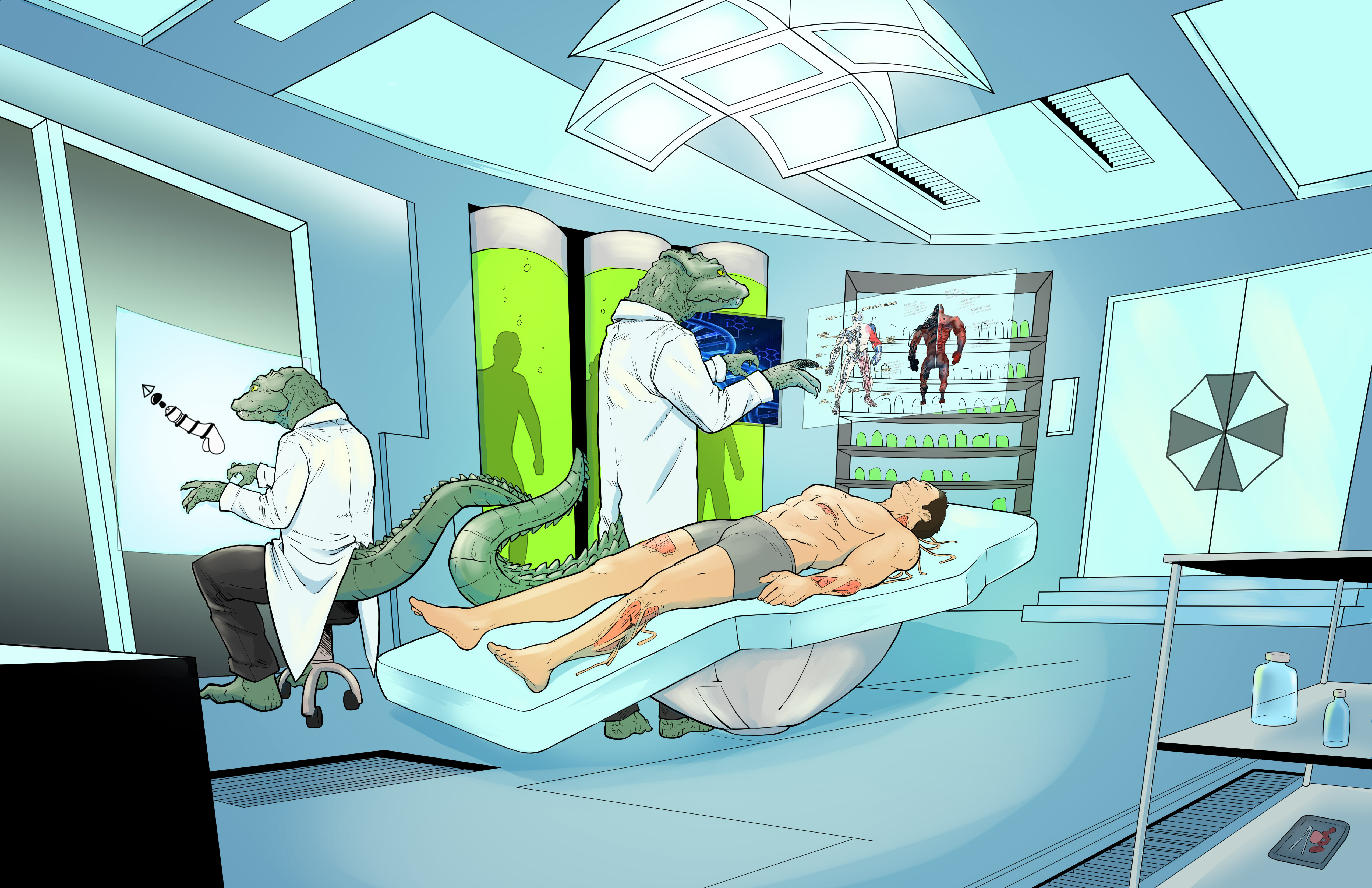 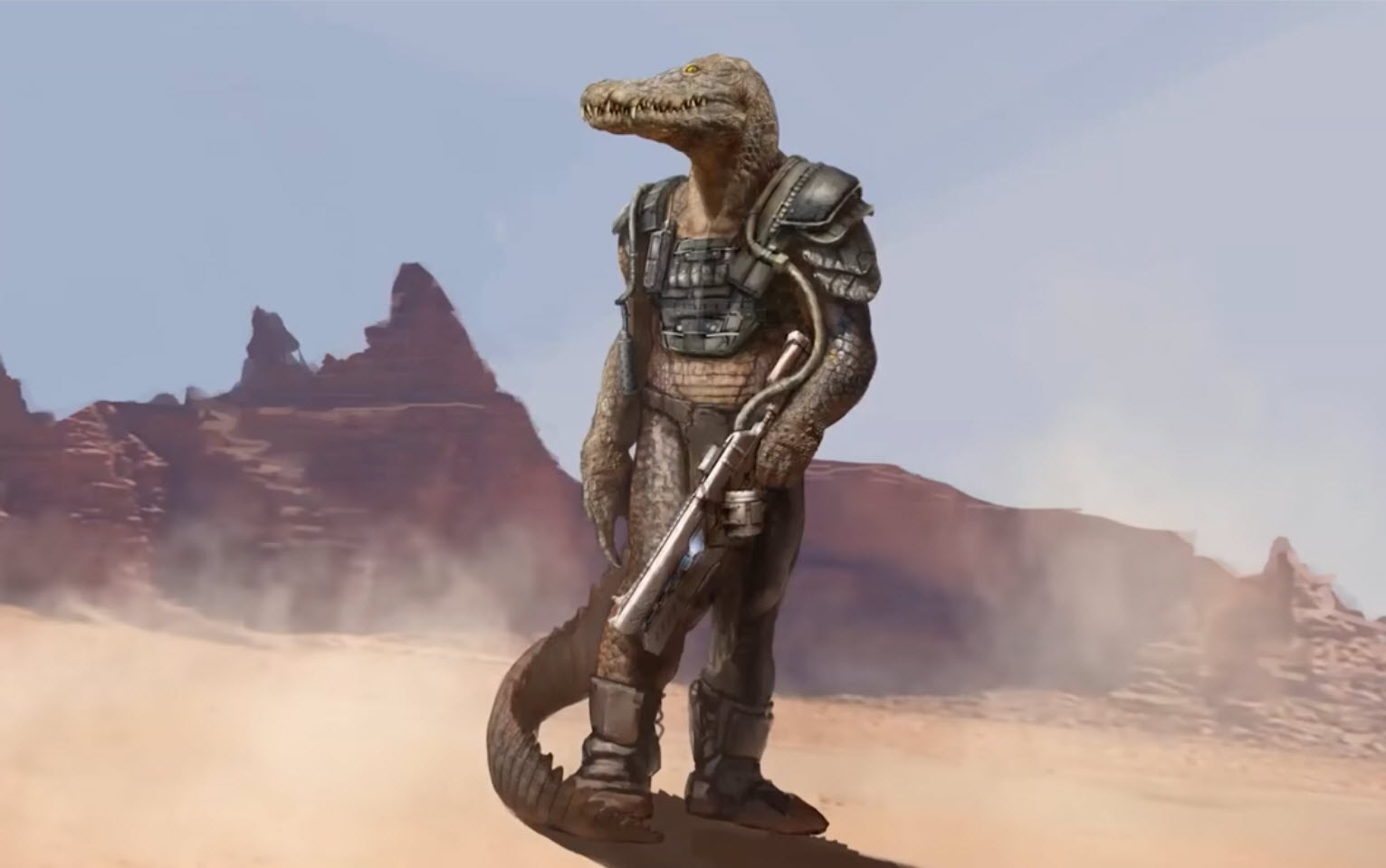 Military faction of the Reptilians on Mars. Drawing courtesy of Gaia TV.

We also notice Mars wasn’t the only planet in the system that has life. Going back roughly 4.5 Million to 4.2 million near the timeline of Tiamat. We notice that the surface of Jupiter also looks very much like a prototype of Mars. It’s beautiful, there are massive grassland with flowers, grass, and some trees.

Modern day Jupiter is an entirely different story. There is a massive underground lab on Jupiter where they create the viruses and creating and programming creatures like spiders. Every animal has a program there. How to reproduce, when, etc. Even humans are programed too. The lab is located in a yellow glass dome and underneath Jupiter connected to other tunnels and facilities. Inside the dome there is life and testing and genetic manipulation. But the surface looks like platforms, ammunition, metallic containers which preserve genetic materials, freezer containers, and weaponry. We also see airports with flying metallic discs. These discs seem to be operated by hybrids of mantis and grasshopper mantis. The labs are filled mostly with humans. The whole planet seems like a giant base. There is an escalator which goes down into the facility and we see people are eating and drinking at a what looks like a Dunkin’ Donuts. There are also green and yellow colored lizard beings here. They have an energy around their heads which make you feel like you are shirking and your life force is being shrunken. The energy on this planet is so dark and dense and negative.

The surface is completely dead, wasteland. If you were to walk around with a protective suit and look up in the sky it would look foggy dark grey. The atmosphere is very toxic and unbreathable. The longer you are outside here, the more dangerous it is. If you slept outside with a protective suit on it seems as if a part of your soul would be eradicated.

The people who work here, their souls seem dead, the darkest of the dark is done here. There is a giant portal on Jupiter, they use this to work here and live elsewhere. Jump room technology makes this a work-related environment and not a place to live. Also, the gravity doesn’t seem dense; NASA is lying to us in so many ways about Jupiter.

The giant hurricane is a black hole which leads to the outskirts of the universe. It goes outside the membrane of the universe which holds this universe together. The portal looks very dark and black and you need to be a certain vibration to go in and go out. Part of the ammunition and materials are being transported back and forth from this black hole.

Jupiter used to be a paradise planet with a soul essence but it was also destroyed. The soul of Jupiter seems to have fallen asleep. It can be reversed back to what it used to be but right now it feels like it’s in stasis. The atmosphere was destroyed just like Mars from a grey vortex of dust of nanotechnology which hits molecules and destroys them. The layers of atmosphere are also completely destroyed. There used to be a lot of water on Jupiter before, lots of rivers, but most of the water was in veins underneath and not so much on top. Jupiter used to have lots of grass and hills and water. We see some animal type creatures, types of dogs, fox like. We also see some type of llama with a twisted tail. No humanoids or advanced sentient beings. Mostly flora and fauna.

ET basically needed a military base for training. They originally built a huge dome but they took it off and something happened they didn’t predict with atmosphere changes happening due to energies in space. The orbit of Jupiter shifts all the time and little by little they were trying to manipulate it. They ran experiments trying to create bubbles of realities and energetically calculate all the energies bodies. Seems like Jupiter is just a giant military base which pretty much wrecked the environment due to lack of oversight and poor management. We also see the same happening to Saturn and Venus. They modified these planets to makes these planets dead to remove natural lifeforms on the surface so they can use them for their experiments.