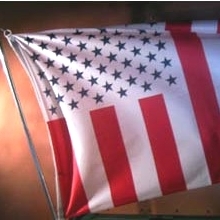 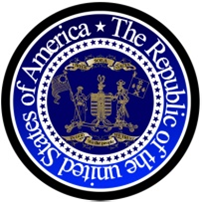 All Republic macro transition security assets and special forces operatives are wheels up right now, weapons loaded, safeties off and in place ready to keep the peace.

Same can be said for all North American banking personal… they’re all on ultra high alert at this hour.

All have been told to expect “mission activation” anytime as of 8pm EDT yesterday through Sunday 8pm.

Mass media outlets have all been briefed and have prepared information kits/edited pieces ready to broadcast and post on-line.

Know that all senior print editors and tv news producers at all the major media brand names are very well aware of what is coming… as do both former presidential candidates (Trump / Clinton / Johnson / Stein) and their executive staffs.

The November 8th election will be suspended and postponed. We believe until Jan 3, 2017. The traditional date of January 20th for the Presidential peaceful passing of power is expected to be kept.

This final amnesty offering has come and gone now, thus the transitional event shall now commence without delay.

Temporary Republic executive branch appointees are at this moment ready anytime to publicly come forward and declare the Republic restored, and their leadership in full control of all the nation’s domestic and foreign affairs. This includes former interim President General Joseph Dunford and current interim President Paul Ryan (who is now openly flying on Air Force One).

The final release authorization was given in terms of allowing the currency into circulation yesterday at 6pm EDT.

The public currency revaluation is to be revealed after November 1, 2016, with full FOREX rate changes evident then.

GESARA macro transitional events are taking place across the globe, within formerly non-compliant governments and financial institutions like those here in the USA, as all nations must now adhere to a common or universal set of compliance requirements … on a variety of issues governing the greater good affairs of mankind.

Soon all transition truth, both here in the USA and around the world, will appear as a collective movement, yet separate sets of GESARA treaties and laws that reveal this entire process has long been completed and now readied for implementation.

The lack of mass consciousness awareness was done for everyone’s protection.

Finally, yet it is true that some sovereign rates will exceed five digits for some humanitarian and job creation for ZIM redeemers. The reason being is simple… that’s just what it’s worth to the Chinese and European Elders, as well as all central banks, and of course the nation of Zimbabwe.

Thus, if you hold ZIM and choose to redeem it, know you are willingly accepting a divine invitation to serve, preserve and protect all forms of life on planet earth–including all races and cultures of humanity.

There is simply no other earthly explanation for receiving such infinite abundance.