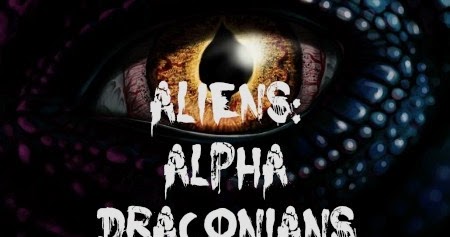 INTEL Update (Real News) via email – “40 Days of Chaos” 8/29/17
Subject: 40 Days of Chaos 8/29/17
We are presently in “40 days of chaos” which began on August 21 and will end on September 30.
Crazy events will occur as the nasty E.T.’s are being removed from this planet by the Galactics.
Earth is run by ‘Artificial Intelligence Systems’ by the ‘Alpha Draconians’ who think that earthlings are below them and are garbage. (unfortunate but true)
Many members of the United Nations are Dracos.
The Vatican in Italy is full of Evil Dracos and they need to be exposed to the world for what they are and removed.
A Secret Operation (August 24) raided underground tunnels in Barinas Venezuela and flushed out E.T’s that were hiding there.
The major hideouts around the U.S. and world have been blown up but small enclaves of creatures still remain to be dealt with.
Planet earth is surrounded with a 25,000 mile ‘Intense Radiation Dome’.
There are only 3 portals in which to exit the planet which will be used by the Galactics to transport bad E.T.s away from Gaia.
We are the heirs to an enormous amount of wealth that defies believability.
It will eliminate poverty…restructure world societies and bring out hidden technology.
The people of the world will be told their true relationship to the Extraterrestrials of the universe that has been so cleverly kept from them.
Project Blue Book…Swamp Gas…Balloons with test dummies and many other explanations of their existence were crafted to hide it all.
NASA…Military & Government have lied to the people and covered it up for over 70 years.
Eventually all people will learn about the Draco Reptilians, Greys, Pleiadians, Zeta Reticulans, Tau Cetians, Agarthans, Orions, Arcadians, Procyons and thousands of other entities from many different dimensional levels.
Many whistle blowers have been threatened or murdered. (Mark Rich was the latest)
President Eisenhower signed the Greada Treaty in 1954 with the Greys because he was told that Germany and Russia were ahead of the U.S. in technology.
The U.S. ran ‘Operation Paperclip’ #1, #2 & #3 and brought in German Nazis to help the U.S. advance. (NASA should be spelled NAZI)
Wernher Von Braun was a SS member and had his records expunged by Alan Dulles of the OCC.
We have won but at great expense to many.
The corrupt news media (MSM) lies through their teeth. (Fake News)
The RV will occur sometime between September 1st and October 1st.
Russian Navy is encountering Reptilian Amphibians in their lakes recently.
The Great Lakes is another area for these creatures.
Wisconsin…Ohio and Indiana have ‘Indian Mounds’ that are the graves of Nephilim creatures who are expected to awaken soon. (in stasis)
A similar situation is occurring at Antarctica deep under the ice.
If the military takes over the media…you will hear the truth. {which will be shocking to many sleeping Sheeple)
It is coming folks…very soon.