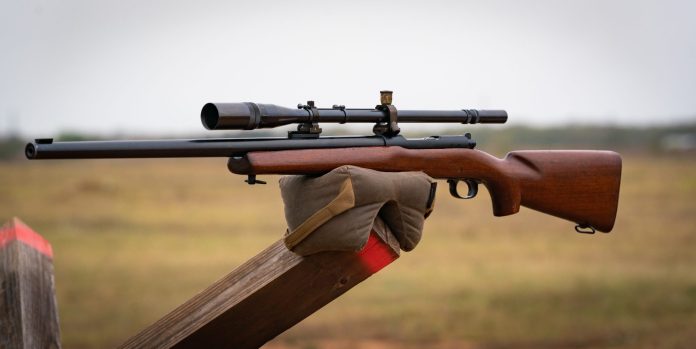 An administration whistleblower speaking under condition of anonymity for fear of reprisal told Real Raw News on Tuesday that the IRS will spend some of its newfound wealth–$87bn—on opening a “sniper school” where treasury agents will be trained to use the M24 Sniper Weapons System (SWS,) a military and police version of the popular Remington Model 700 series rifles.

According to the source, the IRS has already scouted a location in Utah and plans to break ground once the criminal regime ratifies the unconstitutional climate, health, and tax bill, which earmarks over $80bn for “Internal Revenue Service Improvements.” Those improvements include hiring 87,000 new agents, a percentage of whom will attend sniper academy.

The IRS currently has 78,000 employees divided into two categories: pencil-pushing desk jockeys and enforcers, or what it calls Special Agents, the latter of which persecute hardworking citizens for no other reason than to enrich the federal government’s already overflowing coffers. In other words, we’re not only paying the IRS to hire more tax collectors to tax us, we’re also paying the IRS to arm itself against us. To be clear, the IRS does have a sniper division, approximately 150 persons who were taught to shoot alongside FBI agents at the FBI Academy, in Quantico, Virginia. But IRS Commissioner Charles Rettig, our source said, has promulgated the notion that his agency needs an independent facility so agents can be trained to combat the “rising threat of Sovereign Citizens and Trump supporters that oppose taxation.”

Rettig, our source added, wants to increase the number of long-distance marksmen by thirtyfold—or about 5,000 sharpshooters.

“He [Rettig] personally scouted several potential spots for his sniper school, and he picked an area near the Bonneville Salt Flats, about 140 acres of land. He wants to start building ASAP and he’s put in a purchase order for 3,500 rifles. Once completed, it would greatly increase the IRS’s offensive capabilities. He’ll have tons of cash to spend at his discretion,” our source said.

And he’s right, for the regime’s 800+ page bill makes no stipulation as to how the IRS spends the $87bn, only that it’s spent on “IRS improvements.”

Within hours of Kabula Harris’ tie-breaking vote on the bill, Rettig came under scrutiny, with constitutionalist lawmakers asking whether the IRS would increase audits on average-earning citizens. Rettig lied, of course, saying Americans earning less than $75,000/year would not face an increase in audits, and said instead that money would go toward replacing an antiquated computer system and depleted workforce.

“Outright lies,” our source said. “The IRS is looking to cement itself as a militarized arm of the government, just like the FBI.”