Is This Proof Donald Trump Is a Time Traveler? Must See Too!

Trump was in an interview in June 2011 and as he was talking about his thoughts on the Anthony Weiner Scandal, he mentioned #Pizzagate. Now if you recall, PizzaGate didn’t become a thing until October 2016, during the 2016 Presidential Election! On Truth Frequency Radio, there has been plenty of discussion and studying of the possibility that our current President may have been time traveling. On Beyond the Veil with Chris and Sheree Geo, they had discussed that it is not too far fetched an idea since his uncle was the FBI agent that collected Nicola Telsa’s documents and laboratory work. While Kev Baker and William White Crow makes the connection that exists between Trump & the genius Nikola Tesla before being joined by Project Pegasus. I went more in depth on the Etymology of the word PizzaGate, and there is no reason for the future President to say the word. Here is the video evidence of what I propose. Trump said it. What other quantum quirks are there that shows he is a time traveler? Is this why our President strives to be in front of the cameras at all time. See for yourself, you decide. 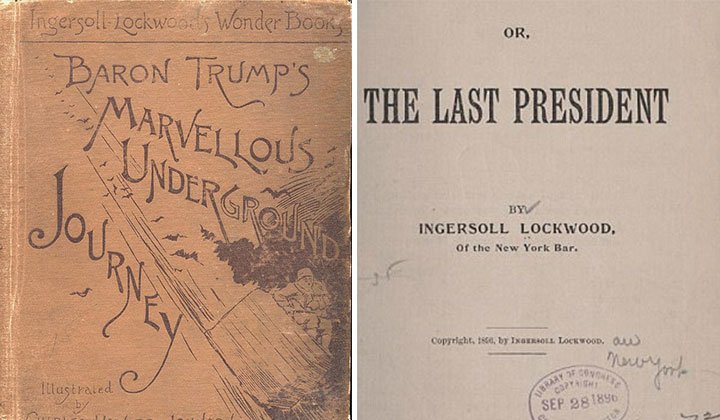 How do you transfer information through time? Has 45 read the book? Had 45 deciphered the book? Did he require Majestic EYES ONLY information to unlock? When would he have found out? Not the same Barron today, however his name did come from the book. The person who traveled in time was working for the Majestic 12. Cross reference with our pinned MAJESTIC image. Who is he? Did he travel through time when he learned that JFK was going to get 187’d but needed to be able to undo the damage at the right time?