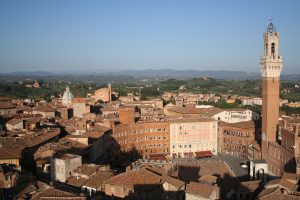 I left for Siena out of Camp Hero in the early 1970s. Beforehand, I was given a lengthy briefing about my mission, which, like most Montauk missions, involved living most of a life in a certain location. I was also injected with nanites that made me immune to the common diseases of that place and time, and which also downloaded into my head the necessary linguistic skills for that place and time.

My assignment was to erase the accomplishments of a certain man from history. I cannot remember his name at this time. However, he should be remembered as one of history’s great geniuses, but due to the job I was forced to do, he is completely unknown to history.

I was sent through the portal, which opened next to a country road a few miles outside Siena. I walked the rest of the way. I recall that my living arrangements had all been prearranged by another operative. I was not alone. I had my handler present, whom I believe was posing as my wife. A few other Montauk survivors to whom I’ve shown images of Siena have recognized it, so it’s likely there were multiple operations ongoing in that place and time.

As I said, my job was to erase the accomplishments of the individual in question. This was a lengthy and involved process. It began with me and my handler moving into the house next to his, and beginning the process of becoming friends. I eventually began to get this man to begin sharing details of his inventions. Stealing these was not a simple process, particularly not when they were already built. If they were not already built, then it usually meant that I would steal his sketches, or writings, and bring them to a dead drop which was outside a church. What exactly happened to these papers I’m not sure. However, whenever I would return to the dead drop, they would have been replaced with forgeries that had been very subtly altered, so that the thing in question would not work whenever the inventor tried to build it.

If the invention was already built, then usually the only option was sabotage. Usually, a robbery would be staged where the device would be stolen. Another common happening was that I or another operative would “accidentally” break the device. This, of course, also broke down the psyche of the inventor, making him feel he was cursed. This was all heavily calculated.

A few of his inventions were as follows; an early airship of sorts, with a Mercury based engine. A gold sphere which I believe was a sort of rudimentary projector. And an early electro gravitic vehicle which resembled a hover craft. There were others, but that’s all I’m able to recall at this time. This mission lasted several decades, from the man’s first invention to his death, at which point I returned to Montauk, and was age regressed to the age I was when I left. For those at the base, only a few minutes had passed. 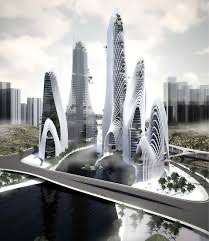 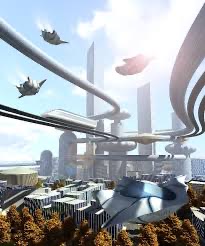 The distant future mission is more fuzzy in my memory. However, I do recall that it was in the 27th century, and lasted for many years. My assignment was to infiltrate a space colonization company. By this point, Earth had gotten disclosure and begun to join the galactic community. I was assigned, as usual, to acquire technology and general timeline intel.

Setting up my identity was considerably more difficult in the distant future, due to the technology of the era making identifying a person much easier. I believe my DNA was modified. Another operative in the same time period was also assigned to enter my identity into the mainframe of the computer of the city I was living in.

I believe my cover job was as an office worker in this company. Just high level enough that I had to travel to other offices, usually off planet. This company used large, bell shaped craft.

I recall that I worked closely with a hacker, who would get me access to even the most classified documents on the company computer, which dealt with experimental tech. This company also had secret military contracts.

I also recall, on a personal level, that I fell in love with a Japanese woman. She had 4 children at the time. A set of twin boys, a younger son, and a very young daughter. We eventually had a daughter of our own. Due to racism, her family disapproved of our relationship. We had a penthouse apartment on a planet called Avalon. Our relationship ended, and my mission was cut short, when I was caught.

After being caught, my team and I had to escape. I can recall using a portable quantum computer to make contact with Montauk. I also recall hiding under a bridge when the portal opened. My team and I just managed to get through before being caught.

The main tech we stole was blueprints for ships. This was then sent to other bases to be reverse engineered. I also remember stealing many books and historical texts, so we could see how effective our timeline changes had been, as well as seeing what else we might want to change later in the future, which was also a major part of Montauk/Project Phoenix. This concludes my report. Other Montauk reports are pending.