With help from a seer, I do some regression work to remote view the beginnings of my surrogation with my current family.

Around 1980, embryo no. 320 was brought to term by my surrogated cyborg mother. My mother was part of the negative Mantis genetic projects. The Draco and reptilians shared their databases and used a quantum computer to find the best candidate mother which could control me for all their programs they had planned for me. My surrogated mother was chosen due to her being connected to the white magic lodges in Roman times. She would collect herbs and make spells. She wasn’t a bad person but she was in a cyborg body which had cords and wires controlled by a negative Mantis. The mantis would overtake her cybernetics and she would act in a cruel manner towards others creating negativity which the mantis would feed off of like a food source.

Around this period of time the Draco used MMP, mirror mimicry printing technology to 3D print a clone full of organs loaded with black goo of my mom’s son. The clone was grown up to the age of a toddler probably at Dulce base and 2.8% of my soul was inserted into this clone body. This clone would be connected to the Draco through an astral cord on the back of my neck. This cord is disconnected now and a hole is now in that place. I had to work really hard in my vibration and energy to disconnect.

When moms baby boy was about the age of three, one night the Draco opened a portal of light and took away my brother and put me in his place. They copied everything he was dressed in too. When mom woke up, she picked me up and immediately knew I was not the same child as our energy field is different. My energy field was huge, high vibrational, and blue but my brother’s energy field was much lower as 42% of his energy was gone as a result of it being drained by that mantis.

It’s like someone ripped a piece of her heart out. I make her feel angry. She doesn’t recognize me as her child. The energies crash and she start to act towards to me in a hostile way. The other boy was more connected to my mother. He trusted her as a mother and he let that negative mantis hook up to him to drain him too.

I investigate further what happened to my brother. He was then taken to the moon to an orphanage. He is living with a group of seven slave kids; being raised a certain way to make him feel as if he a reptilian, as they are the ones who take care of him now. They defend the reptilians as if they are their family, suffering from Stockholm syndrome. They also put spider DNA in him too which gives him some abilities such as being able to walk on walls.

His new surrogate mother is a green colored Reptilian woman dressed in an ugly looking dark brown dress which looks dated to the 15th century, on top of that she is wearing a white apron. The name my brother Muni. His consciousness switches back and forth from a six-year-old body into the body of a huge super soldier. His super soldier form has different guns, that looks like a laser being which comes out in three directions.

We listen into the conversations of the reptilian mother.

The kids believe her to be their mother. They listen to her as a teacher-mother figure and feel like she is. Everyone here feels like their reptilians. It’s similar to how if you grew up in a bilingual family you all feel connected.

I telepathically message my brother.

“Muni this is your brother, do you remember where you were born?” “I don’t remember, I was born here.”

Looking into his head it looks like a huge white cloud of cotton ball looking nanotech. This stuff has spread all over his neurons like a spiderweb to block his memories.

“Muni, do you remember your earth mom?” “We were all born from reptilian eggs.”

He feels dizzy now and his hands are getting cold, his programming is kicking in. He is forced to eat some yellow gel in a chemical solution in the food to keep all the nano and femtotech in place and it also helps develop their abilities. These kids are a super human race. They all have blue eyes. Their faces are human looking but they have scales now. They are wearing ugly dark brown shirts and grey pants or brown dresses. It looks like old clothes from the 1960’s. There are some girls in this group too but everyone is wearing old looking clothes, like watching the movie from the Wizard of Oz.

They use their DNA to make Reptilian Human hybrids. Their eggs take about three months to incubate and hatch in an oval room underground. The children are expected to play with the hatchlings. They play hide and seek and catch games. The hybrid kids would attack the human kids and kill them, and the children would be regenerated. They scratch each other. Hybrid kids are super aggressive and the human kids are just trying to survive. There is no place to hide and everyone expects something to jump at you at any moment. To avoid the trauma Muni tries to dissociates and leave his physical body but if he is caught, he is tortured, killed, and regenerated. “If you don’t cooperate, we won’t revive you,” they tell him.

The kids can be seen walking in a tunnel with their wrists tied up and all tied together. They are wearing some kind of nano bracelet attached to chains. They are taken to a place and put onto hooks on the walls and not given food or water for a long time.

The Draco split us up to conduct an experiment to see who would be a better super soldier. I would be allowed to develop on planet earth to be groomed as a super soldier expected to join the U.S. Army when I came of age and my brother would be raised like a reptilian. The US army is in bed with the Draco and has a lot to owe up to for cooperating with these projects.

In my civilian life, as a child, the mantis would continue overshadowing my mother and would abuse me to drain me of my energy. The Draco would also abduct me and inject me with a yellow goo into my body which would grow into a spider web net connected to my neurons to try to short circuit my own intuition. Instead of getting normal messages from my higher self it would be messages the Draco wanted me to hear. But my higher self would remove the toxins from my body. However, it resulted in bloating and autoimmunity problems from toxin overload. The Draco would also use the plug on the back of my neck to drain my life force energy like a battery to keep me weak and sick all my life.

During my sleep I would astral travel to my father’s spaceship and he would guide me on ways to sabotage their plans. It was decided the best way was to sabotage my voice so I could not function as a young adult and hence not join the Army. The plan worked so well the Draco had put me into Project Abandonment. At that point they decided I was not worth the effort and choose not to upgrade and adjust my implants anymore, so when I hit puberty, they stunted my height so I would only be 5’1” at the age of 25. 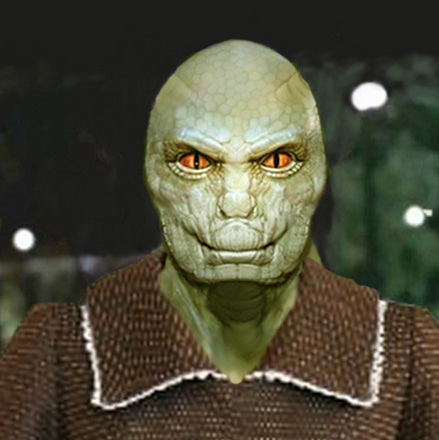 In 2016, my mother died from breast cancer. She was about to wake up and resist the Mantis overshadowing her. But the Mantis took her out. They took her soul to some huge dark metal gray ship. Her energy body was trapped in one of the five labs on the ship. She is yelling at them to stop what they are doing.

There is a big green colored grasshopper Mantis with red eyes looking at her. He has a round spherical computer with strange symbols on it. He touches it and pulls up my mom’s file. He takes it out of the computer in the form of a piece of paper with a contract on it and gives it to her and tells her to sign.

Mom was an Andromedean soul, she got fooled into some program when the Mantis came asking for help. Now that she is not in a cyborg body anymore being drained by the Mantis, she is a very warm loving being. She is wearing a dark blue dress with golden stripes with 4-point stars on it. Mother says she is a Andromedean priestess of sort but not of the religious type, she likes to work with energies.

Mother burns their new contract and she goes into a portal. She takes the whole spaceship into the portal with her and bring these mantises back to the A.I. reality where they come from.

She says hi to me and says she wasn’t herself when she was alive. Its as if her mind was turned off and a clone of hers was taken over by A.I. technology. They would put all sorts of metalized implants into her. She is aware she had two sons; she calls us twins. She tells me she knows how to help Muni; she can do anything now and they can’t stop her.

She zooms right to the moon. She is standing by Muni and the cotton candy nanotech web is now being melted in his head. She can hold his head in a way to wake him up from the sleep. She also does it to the other children at the same time. The Reptilians are distracted and not paying attention to what is going on.

The teacher thinks she is talking to the children but it’s really a projection. She encapsulates the children with a star with a tail with a blue light and zooms through space and go to different locations to take them back to where they came from. They are now on different planets.

She has a map in her hands and all the stars look like souls. She tells me I am already connected to all of them. I just need the right energy vibration before people can see you, all together you’re a big constellation. She travels back to Andromeda to check on her family there. She was extracted from her family too and wants to go home.