NAVY SEAL’S ENCOUNTER WITH THE ” MEN IN BLACK ” IN ALASKA! 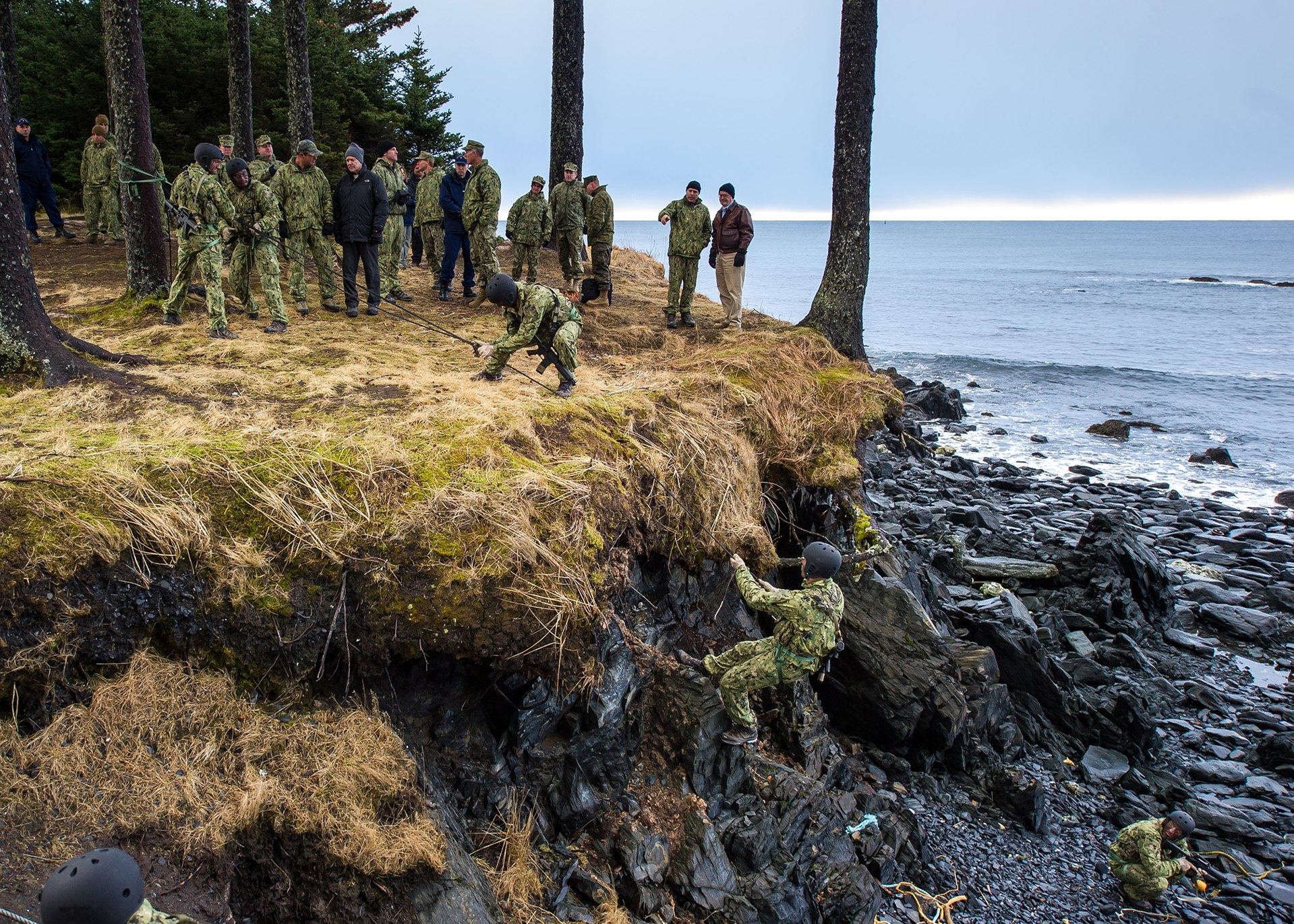 NAVY SEAL’S ENCOUNTER WITH THE ” MEN IN BLACK ” IN ALASKA!
Well I don’t have any UFO photo’s but have a story you’d never hear anywhere else. Read on…
I’m an ex-Navy SEAL and was at a buddies restaurant in San Diego, CA a few weeks ago for a 5-year-in-business celebration. I sat at a table with three younger SEAL’s who were in their late 20’s/early 30’s. We got to chatting about my Dad and his buddy who flew the SR-71 decades ago and had two encounters at ceiling altitude.
One of the younger SEAL’s then asked me if “he could tell me something” and I said sure. He then relayed that the two of them across the table from me were up at NSW Cold Weather Detachment Kodiak last year doing some cold weather training. The training up there includes SEAL cold weather survival and advanced tactical training in the forested, coastal environments. The base itself covers 55 acres on Spruce Cape and training is conducted throughout the surrounding area and on nearby Long Island.
They both mentioned they were on a remote maneuver and had made good progress to their BDL (bed down location) when they decided to push on ahead through some gnarly terrain off their plan and surprise their CO with a new BDL. When they finally radioed in at their new BDL, they said that their CO flipped out and became frantic, asked them if they had “seen anyone or anything” to which they strangely replied no (why would they have after all?), and to return to their original BDL immediately.
Their CO said they had committed a very serious breach by pushing ahead off track and they would be debriefed upon return to base. They both said they had never experienced this before. When they returned to base, they were immediately sequestered and detained in a room by what they called “some serious-looking government dudes like the Men in Black” who were flown in!!! They were told the meeting was well beyond the normal TS-SCI clearance and they were not to ever breathe a word of it.
So I was very surprised that they relayed any of this to me but they were both very clearly concerned and shaken there at the table, even a year later.
During the debrief by the MIB’s, they were asked about many things including whether they had seen other ” human-type beings of any kind, technology, material traces, etc. The SEAL’s went on to say that in all the classified missions they had been on, that they had never been remotely debriefed like that.
When they asked the MIB’s about what other “human beings of any kind” there are, the gov’s mentioned that there were “The Others” up there and that such an event was not in their realm of possibility or anywhere remotely near their clearance or need to know!
After the debrief, they asked their CO who “The Others” were and what was going on and he told them to never mention the incident again, to adhere to strict orders, and to never deviate from mission parameters or other parts of the range while there.
They were both still clearly shaken by the ordeal and wanted answers and asked me what I thought. I told them that it obviously sounded like they almost stumbled onto a remote facility where humans are working alongside ET’s or ET’s are being housed.
Anyway, you’d never hear this level of admission from any civilian and coming from 2 SEAL’s, I’d say something is going on up there at SEAL Detachment Kodiak that is not terrestrial. Much like the reports of the Tall Whites at the Nevada Training and Test Range.
Kens Note: The Special Operations Forces Cold Weather Maritime Training Facility, Naval Special Warfare Cold Weather Detachment Kodiak is a United States Navy base near Kodiak, Alaska used to train United States Navy SEALs. The training includes cold weather survival and advanced tactical training in forested, coastal environments. The base covers 55 acres on Spruce Cape and training is conducted throughout the surrounding area and nearby Long Island. As of November 2008, six SEAL classes averaging 40 students come to Kodiak each year for a 28-day course. The trainees are sent to Kodiak after completing Basic Underwater Demolition/SEAL (BUD/S) selection and before they are assigned to their respective SEAL teams.