Probability that…
– America will receive a large EMP: 94.8%%
– The EMP scenario will be avoided: 0.6%
– It will happen within a week: 0%
– It will happen within a month: 28%
– It will happen within 2 months: 35%
– It will happen within 3 months: 75%
– It will happen within 4 months: 100%
– The elections will be postponed: 75%
– There will be no elections with these two candidates: 28%
The alternative solution is 20 years of guerrilla from both Cabal members and good-intended people, and even possibly postponing the reconnection with the cosmos due in 100 years. I don’t like that scenario at all. If we make the conscious decision of discarding that option, then the probability goes up to 100%
We’ve been on the brisk of nuclear war several times and the button was already pushed twice but it “didn’t work”. There are groups that will prevent nuclear weapons from taking off. World War 3 has been a stealth war and it will only become visible to the masses at the very end. EMP has been authorized from benevolent ET groups which grants Russia permission to destroy the Cabal and in order to avoid world war three scenario.
Please have at least two weeks of canned food and water stored until the replicator technology comes online when the clone super soldier army is released to help humanity, and dont eat the Fema food it is poisoned. 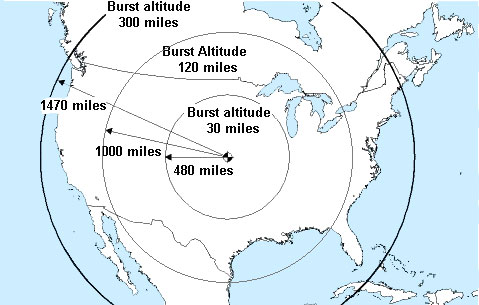 Former CIA Director Warns: ‘Two-Thirds Of US Population’ Would Die From EMP Attack 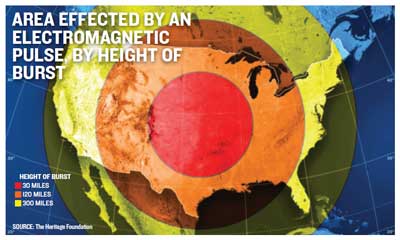 A former CIA director says the United States is not doing enough to protect itself from an electromagnetic pulse (EMP) attack, which he calls the greatest threat to the United States because it would bring “our civilization to a cold, dark halt.”
In such a scenario, anywhere from two-thirds to 90 percent of the population would die if the grid was down for a year, according to various estimates.
James Woolsey, who served as CIA director under President Obama, co-wrote the Wall Street Journal column in which he agreed with billionaire hedge-fund manager Paul Singer’s description of an EMP attack as “the most significant threat” to the U.S. and its allies. “He’s right,” Woolsey and Peter Vincent Pry wrote. “Our food and water supplies, communications, banking, hospitals, law enforcement, etc., all depend on the electric grid. Yet until recently little attention has been paid to the ease of generating EMPs by detonating a nuclear weapon in orbit above the U.S., and thus bringing our civilization to a cold, dark halt.”
An EMP attack would occur when a rogue nation or terrorist group sets off a nuclear bomb high above the atmosphere, frying the power grid and electronics. The bomb even could be set off in orbit.
“Rogue nations such as North Korea (and possibly Iran) will soon match Russia and China and have the primary ingredients for an EMP attack: simple ballistic missiles such as Scuds that could be launched from a freighter near our shores; space-launch vehicles able to loft low-earth-orbit satellites; and simple low-yield nuclear weapons that can generate gamma rays and fireballs,” they wrote.
Singer’s letter to investors earlier this year drew nationwide attention.
“(An EMP event) today would cause a massive disruption to the electric grid, possibly shutting it down entirely for months or longer, with unimaginable consequences,” Singer wrote.
If there was a nationwide blackout, grocery stores would quickly empty – and stay that way for months because trucks would be incapable of delivering food due to inoperable grid-tied gas pumps. Hospital generators that rely on diesel would shut down, too.
Woolsey currently serves as chairman of the Foundation for Defense of Democracies, while Pry authored “Electric Armageddon” and served on the EMP Commission and in the CIA.
Woolsey told a House committee this summer that if the US received an EMP attack, “two-thirds of the US population would likely perish from starvation, disease, and societal breakdown” and that “other experts estimate the likely loss to be closer to 90 percent.”
The EMP Commission put the number at 90 percent.
“What to do?” Woolsey and Fry asked in their column. “Surge arrestors, faraday cages and other devices that prevent EMP from damaging electronics, as well micro-grids that are inherently less susceptible to EMP, have been used by the Defense Department for more than 50 years to protect crucial

military installations and  strategic forces. These can be adapted to protect civilian infrastructure as well. The cost of protecting the national electric grid, according to a 2008 EMP Commission estimate, would be about $2 billion—roughly what the U.S. gives each year in foreign aid to Pakistan.
“Last year President Obama signed an executive order to guard critical infrastructure against cyberattacks. But so far this administration doesn’t seem to grasp the urgency of the EMP threat.”
https://www.survivalkit.com/blog/2014/09/