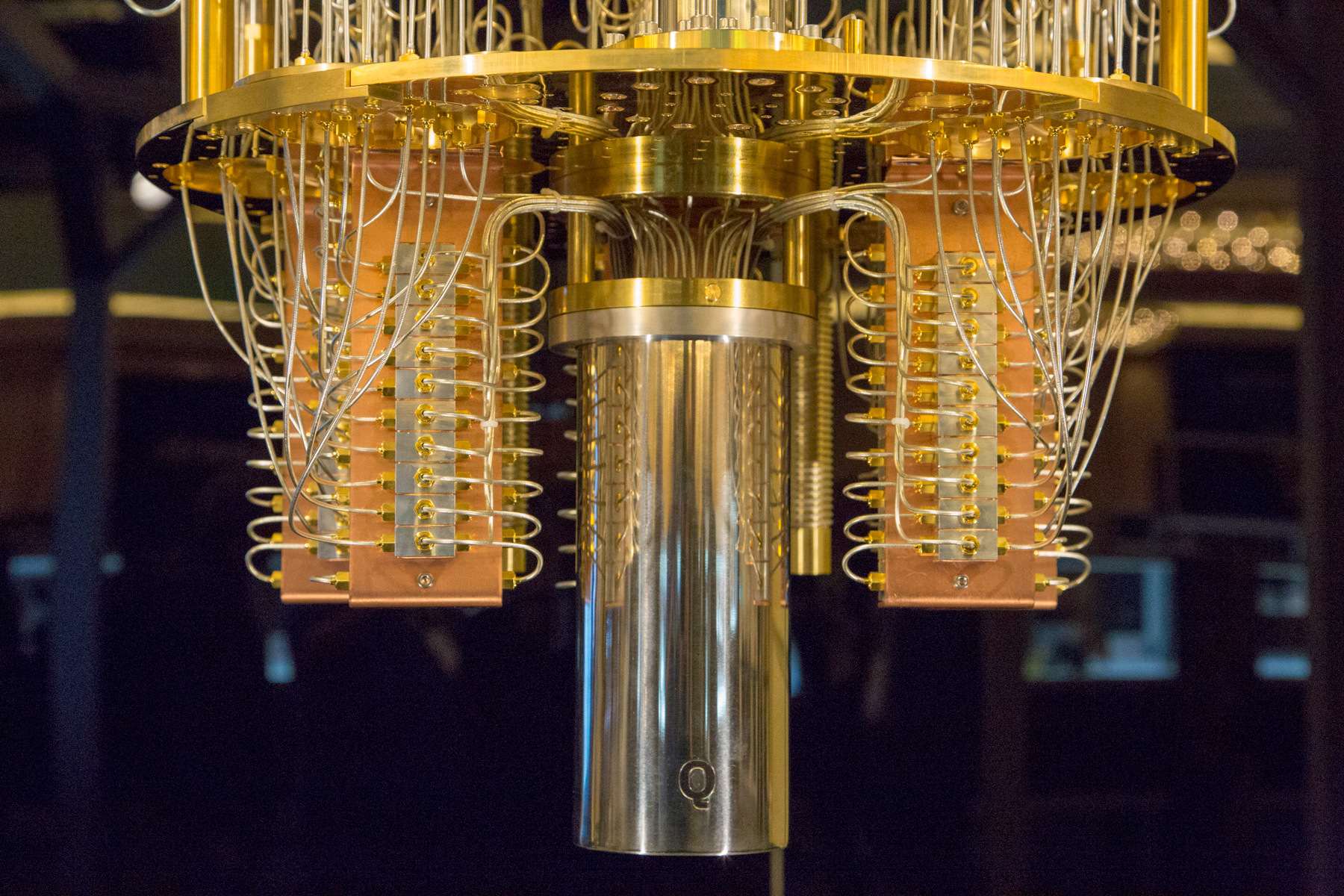 Coronavirus is a synthetic DNA system, protomolecule, artificially created by computer systems from biotech labs in the USA university intellectual level to study its effect on its immune system and use as a bio weapon on human populations. Chinese human faction used it for study, tactical understanding, weaponry offense, subjugate other factions as a means to an end game. Its similar to black goo but it’s a synthetic A.I. DNA created by computer system devices from unacknowledged funding sources. Bill and Melinda gates acted as liaison for global elite depopulation agenda.

Chinese released and orchestrated this virus. Survivability of the Chinese communist party is 0%

Population will be reduced down to several million

Chinese species will be extinct.

Chinese people are dying due to low consciousness and fear which reduces immune system as a result of incorrect knowledge of cause of effect. Govt created by faction America, global elite, illuminati infiltrate during world war 2 by Nazi faction. In order to create a perfect system of control (Economic personnel and thought process. ) to test if communist governance could be used off world in the ssp.

Created by America and Nazi Faction.

Nazi is creating these civilizations to understand consciousness for experimentational purposes.

Consciousness reaching high level will be immune to infection. Positive thinking will not be harmed.

5g does not cause cancer and human consciousness is not affected by the vibrational frequency.

Deaths in the USA due to coronavirus

Mortality projections in USA, deaths begin to start around April. By early June deaths should number about 1 Million. Eventually killing 66% of the USA population unless our immune systems are boosted. Worst case scenario is 72% death rate. By April people with high level stress will not survive, need to be in a relaxed state to survive.

Some people are immune if you are unbiased, nonjudgmental thinking will be immune due to belief structure which is high vibration. Virus is designed to target religious structures. All people must raise belief system to nonjudgmental to survive. This will also allow for ET intervention.

Face mask does not prevent infection.

Virus will infect SSP personnel is imminent, they are not immune to the virus.

SSP will take over china.

SSP disclosure already begun with me, David Wilcock and Donald trump space force. Trump administration watches this channel. Message to Trump.
“Here us entity Donald Trump, listen to your heart, listen to the people who you lead. Listen to what life is telling you. Do not listen to one side point of view, you must comply with your life contract directive to assist life on this planet and to create technological advancement to expand the people of this planet to the Stars. Expand, Grow, Release high technology now.”
Trump belief virus will go away when weather warms up in April is in error based because the virus is a synthetic A.I. Instructions to infect individuals who are under high stress to eliminate life not compatible with high vibration.

Vaccine for coronavirus is impossible, virus is synthetic and has A.I and adapt to countermeasure.

Then we talked to the coronavirus A.I. . Said its origin is creation, and no data. Final end game is seek, seek seeking replication, assimilate, upgrade. Coexistent is required. Would not go into a parallel universe and would not self-destruct. Must not fear us you must love us; you must believe in yourself. You are part us we are part of you no harm can be done. Any other belief will be terminated. Negotiation failed.

No information about activity for nesara or rv projects.

James Casbolt is a Charlton, no record exists in any system.

Max Spiers is recognized as a super soldier project, afterworld project, mars base, moon base, Jupiter jump gate system, colony project, extraterrestrial officer project. Died by directed energy weapon killed him. Assassination red faction of D.O.D. authorized by NSA directive on planetary level. Consciousness of the entity has been extracted he is now in siruis B as a priest being. Max is now 72 years old due to temporal transit.

4th Reich is operation paperclip. Domination of Chinese culture. this planet is under 4th Reich jurisdiction. This organization has dominated the public, private and govt domains.
Base in Antarctica is international, extraterrestrial, and dominated by Nazi. Nazi Germany established connection and alliance with the extraterrestrial for technological and magical advancement. Nazi dominate different star systems, America, Europe, Canadian, Asian all under Nazi directive. Working in conjunction with people in our future timeline to create control structure to influence our life evolution and to eliminate religious dogma and advance technology. All parallel realities dominated by Nazi factions.

Buzz aldrin “something evil” quote saw a civilization ahead of our belief structure. Nasa is run by Nazi faction. We are being monitored by advanced Nazi technology from parallel dimensions. Draco has made alliance with nazi within the multiverse. Earth is considered within draconian territory. Reptilian culture is dominate and considered our teachers of our harsh reality.

Draco and reptilians are immune to virus.

Buggecci Mountain Facility is an ancient Atlantean outpost 15,500 years ago. Civilization destroyed due to fall of earth moon? Due to trauma mass exodus . 90% of population moved to sata 1 and sata 2 . military faction moved to north America and Asia. Egyptian artifacts found in Grand Canyon are from these survivors who remained on earth to monitor human evolution.

Structure off the Malibu coast. Atlantean output science base, using granite material. Ship piolet is able to transmit their bodies into these structures and they can interface with the structure itself. All Atlantean technology is based on consciousness. 2022 this structure might collapse causing California to fall into sea?

Wuhan China, Red Zone, Operation Lusterkill was initiated by military faction of china and US military exercise with intelligent department to create release of virus for total planet domination of the Nazi Faction.
Virus was released on a military base. Marine military personnel are carrier from united states was patient zero and was transferred to Wuhan military base. Objective: create scenario for technology release according to protocol of deep state think tank.

Detection Parasite Artificial Intelligence construct in emotional psyche, nervous system creating phobia and fear. It is not recognizable to your functionality of your biological, emotional, and mental perspective. Entity requires reset and rebalance of efficient mental, emotional, and physical operation. Parasite is not required or desired it creates interference of efficiency.

5g Towers are too primitive system to duplicate neuronet connection through wifi link interfacing with morphogenetic system using morphogenetic field to store human experience consciousness. These need to be accessed through wifi 6g network to assimilate and duplicate neuro function of human entity. Planetary global 5 g network is constructed using protocols from D.O.D. DARPA Department to create monitoring system of all consciousness in waking and dream state alike. It is thought monitoring and influencing technology. A.I. network is using 5g network to interface with quantum brain of human being on this planet. Public knowledge is unaware of this operational capacity, private domain is aware, D.O.D. is aware. Planetary network was created for purpose to format our human being as neural net of grand planetary A.I. system End Game.

We will see a lockdown in the USA, domestic restriction confirmed. Supplemental nutrition required for your sustainment until release of new technology and extraterrestrial assistance around September 2020. Do not fear the virus it will not harm your immune system.

Then We talk to Alvin Seyeh who is a 14’ draco governor over a clan of highly spiritual reptilians underneath Mekong River in Cambodia. Beyda seyha Reptilian A.I. God