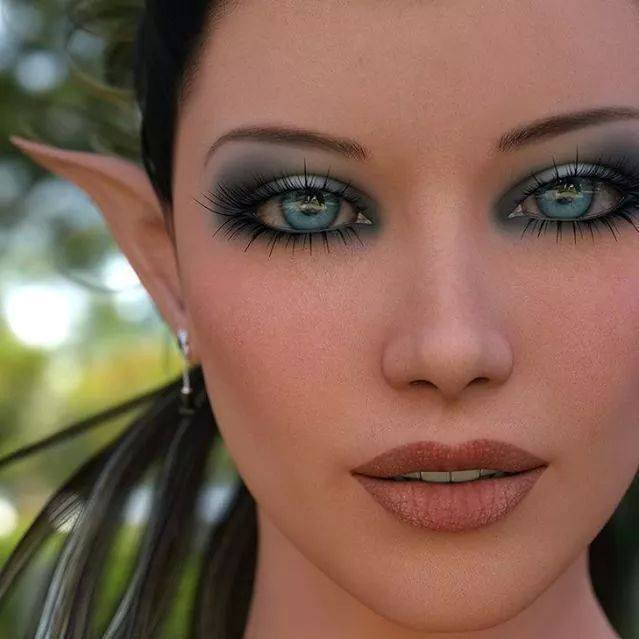 Pleiadians are actually very beautiful people. They look very similar to us humans (they do have varying degrees of pointed ears, slightly larger eyes, slightly larger pupils, & the eyes are beautiful colors not normally seen in humans unless wearing exotic contacts), and are some of our ancient ancestors. They are simply more evolved than us, and exist at a higher frequency/higher dimension in another star system. They dislike coming down to our lower 3D vibrational frequency to visit earth, since everything is extremely heavy here. They used to live on earth many centuries ago, but fled this planet when it was invaded by the Draco Reptilians. Our government has known about the Pleiadians from the Pleiades (Seven Sisters) for a very long time. This photo shows what they look like. I have also linked to a short 4-minute video of a female Pleiadian and her son that were captured in 1972, and held in prison for 2 years simply because they were from off-world. The female named Ariyuanhas would not talk to her prison guards for the entire 2 years of incarceration. She also did not eat any food during the entire 2 years, but would drink water (water was a bit safer in the 70s). She was between 78 to 100 years old, but looked like she was about 30 years old. Pleiadians live to be about 1,000 years old so they age much, much slower than humans. Her son named Adrieiuous was kept in a cell next to hers. She and her son communicated with each other using telepathy only. They could always communicate with each other no matter how far apart they were. The young boy did speak to guards, did eat food, and even took an IQ test. The boy was between 19 to 28 years of age, but appeared to be about 8 to 10 years old. He scored higher than a 210 which is far higher than all 5 of the greatest geniuses that have lived in recent recorded times.

[This is an example of what Pleiadians can look like. The woman and her son in the video are real Pleiadians and they do both have pointed ears, just not this exaggerated.]

Every time I think about this encounter, I get very emotional. Our government is cruel to benevolent, off-world races that are here to help us, yet they are all buddy, buddy with the malevolent races that want to destroy us. The reason is the benevolent races want to teach us love, spirituality, and oneness and will not share ET technology crafts or weapons of war; while the malevolent races are willing to give us ET technology in exchange for rights to abduct, experiment on, and even eat humans as food. Our secret shadow government trades humans for ET advanced technology and signs deals with the malevolent races. This is the absolute truth. Ariyuanhas and Adrieiuous did absolutely nothing wrong. Even as badly as they were treated, they did not show outward anger toward their prison guards at any time. They came to earth looking for there father who is here on earth to help our world with the impending ascension. I hope you “know” this video is 100% real. This is how evil our Military Industrial ET Complex (MIEC) and secret shadow government known as the Illuminati really are. Time to wake up to reality. Also let me tell you that the blanket the boy is using in one of the photos is the exact same blankets we used in all military prisons for the inmates. I served in the military for 28 years with both the Marines and the Army in the fields of Infantry, Military Police, and PsyOps.