WHAT’S going on in Area 51? The mysterious US government air base in the middle of nowhere is undergoing an expansion. But nobody knows why.

Aircraft enthusiasts have been watching this patch of Nevada desert for decades. It’s where the United States air force tests its most ultra-advanced, and ultra-secret, flying machines.

Many also believe it’s the home to a captured fleet of alien flying saucers.

Dreamland. Watertown. The Ranch. Whatever its name, the facility has entered common culture as Area 51 through a string of novels, movies, and far-fetched alien conspiracy theories.

Which may be why many people eagerly watch for every clue as to what may be going on in the dried-up lake bed. 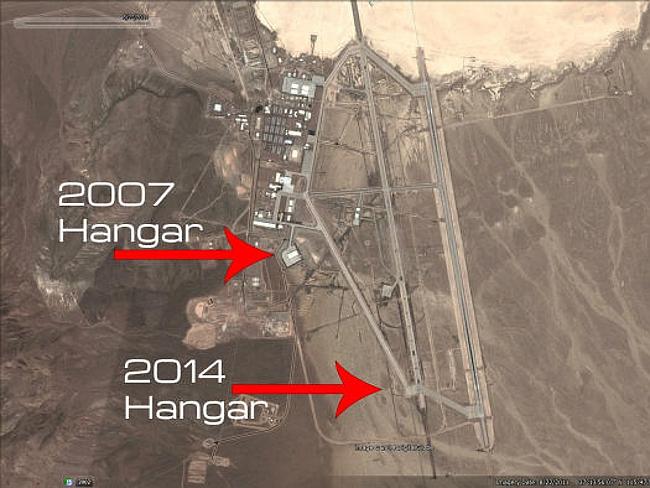 At the very end of the complex weave of runways, taxiways, barracks and buildings is a new, massive structure.

Aviation website foxtrotalpha has turned the eye of its experts on the new facility in an effort to guess what it’s all about.

There are three main theories.

IMPOSSIBLE ENGINE: Is this no-fuel thruster for real

The first clue appeared in 2007: An enormous hangar was built at a time of extensive defence cutbacks. Rumours abounded — not least among them that a new super bomber was being tested as a replacement for the dark and ominous B-2 Stealth Bomber. 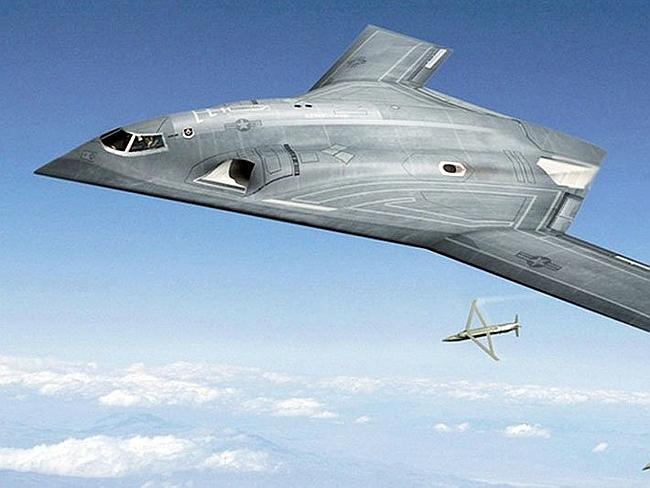 But the 2014 set of satellite photographs reveal yet another huge hanger has been built — this time unusually positioned at the very edge of the runway itself.

The 68.5m wide structure is far from the main facility, putting it out of view of most of Area 51’s workers.

What could be so secret as to be kept out of sight from those in Area 51 themselves? And why would it be so close to the runway? 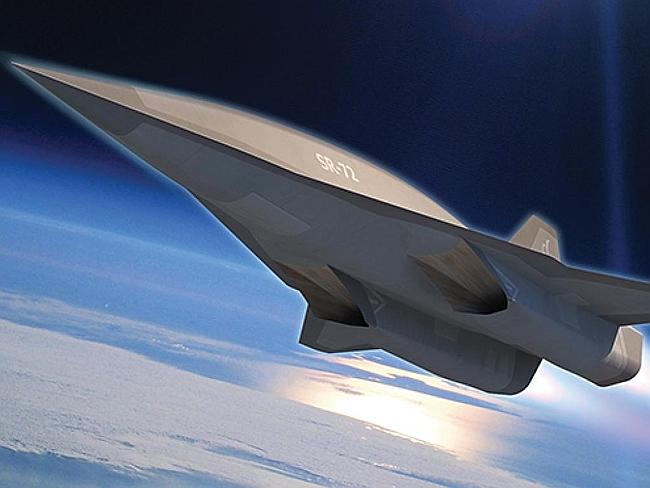 Son of Blackbird … this conceptual image shows the proposed design for the SR-72, the ultra-fast and stealthy replacement for the famous SR-71 “Blackbird”. Source: Supplied

They have put forward a possibility: They suspect it may be the home for an ultra-rapid response combat or spy aircraft: One which could be wheeled out and sent on its way towards hypersonic velocities in a matter of moments.

One such aircraft, conceded only as a “concept”, is Lockheed’s SR-72 — the replacement for the long decommissioned SR-72 “Blackbird”.

This aircraft is said to use a new but highly volatile propulsion system to punch it up to speeds never before seen. If so, this could explain the new Area 51 hangar’s remoteness from the rest of the facility. 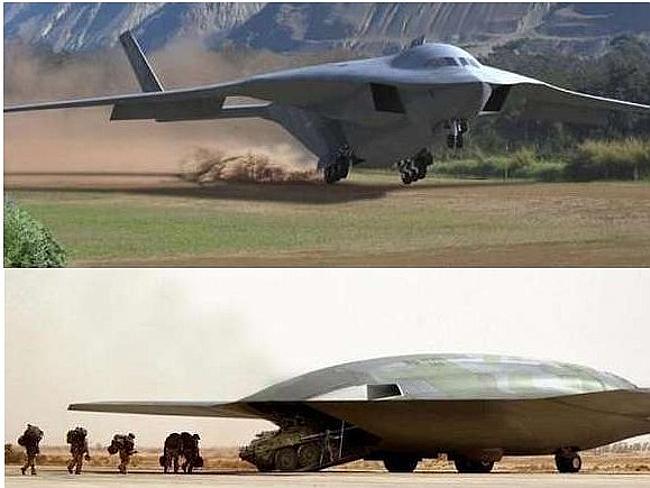 Secret cargo … A combination of images from Lockheed and Northrop showing conceptual designs for a super-stealthy military cargo plane. Could these now be operating out of Area 51? Source: Supplied

There is a second possibility idea: It’s home to a new, super-stealthy special forces transport aircraft. The need for such an aircraft has been around for decades, the authors argue. This may mean that demand has been met.

Such a low-observable aircraft could be capable of many missions from secretly refuelling stealth bombers to dropping supplies and equipment to spies.

But its most critical role would be to pick-up and rapidly deliver special forces units to crisis hot spots around the world — safe and unseen.

To keep such a deployment as secret as possible, such an aircraft would need to be loaded out of sight of prying satellites.

The new hangar would allow this to happen while removing the lengthy time to travel from the old hangars to the runways. 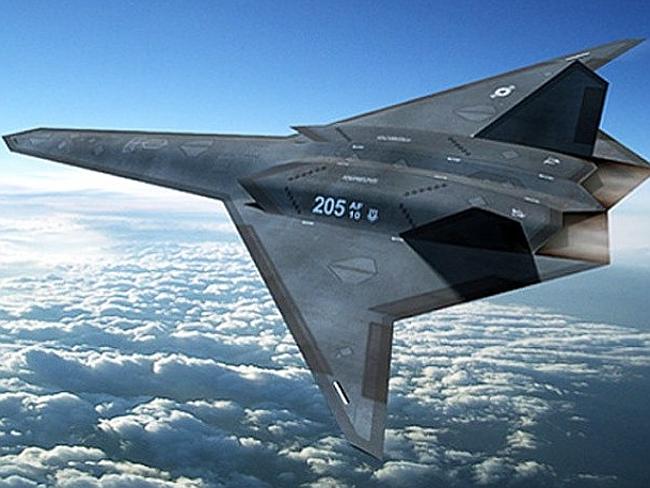 Ultra-advanced … A concept image of a high-flying robotic stealth aircraft. Source: US Department of Defence Source:Supplied

The third idea is more simple, but security minded.

The new hangar offers ultra-quick access to the runway, allowing whatever aircraft is being tested to be rolled out and launched into the air in the increasingly narrow “windows” of opportunity between spy satellite passes.

It’s also where the aircraft could be quickly wheeled back in if it suffers an unfortunate breakdown on the runway.

But authors themselves argue such an explanation seems implausible: If real, there would need to be emergency hideaway hangars at both ends of the air strip.