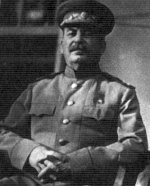 Michael Hesemann’s recent findings about Soviet UFO research have emerged because these secrets are no longer closely guarded by a paranoid totalitarian culture (1).  The collapse of the Soviet system has allowed the Generals to freely discuss their work on the UFO question, and the remarkable data the Russians collected about this enigma.  There is a consensus of opinion among those Russian officers interviewed by Hesemann and his colleagues that UFOs are real, and not of this Earth.

The Russians are far more candid about this than we would have expected.  In fact, their stark message about UFO reality can sometimes read like a sensationalist tabloid headline.  Only, they’re serious people with a serious message.  Is it our Western cultural bias that causes us to struggle with the image of 3-star Russian generals openly and seriously discussing the extra-terrestrial origins of UFOs?

On 19th November 2002, Pravda, that old bastion of communist propaganda, published an article about Stalin’s deep interest in flying saucers, and the many military and scientific bodies set up by the Soviets to secretly investigate the phenomenon.  Incredibly, Pravda also described an alleged retrieval of an alien artefact during archeological digs in Kiev, near the Tchaikovsky Conservatory. After all, this is the word of Pravda, the voice of Russia.

I first read about this in ‘The Editor’, a weekly global news summary published by The Guardian newspaper.  Entitled ‘Stalin was a UFO Obsessive’, it covered the Pravda story thus:

“The US government might have spent more than half a century trying to convince suspicious conspiracy theorists that no UFO ever crashed at Roswell, New Mexico, but one man never believed the story.  That man, according to Pravda (Nov 19), was Joseph Stalin.  The Soviet dictator apparently thought the US was covering up with its story of a weather balloon crashing, so he ordered senior scientists to investigate.

“In order to assess the situation, the scientists recommended that Stalin organise special investigations of similar phenomena.  As a result, a number of programmes to study UFOs were launched in the USSR…Until the end of the 90s, there were seven research institutes and about 10 secret military departments of the [former] Soviet defence ministry that studies UFO phenomena.”  In fact, suggests Pravda, one UFO-related discovery – the remains of an ancient alien rocket – provided vital technical knowledge for the Soviet space programme. The paper, once home to endless accounts of Communist party congresses, did not offer any evidence to back this assertion.” (2)

On first inspection, the historical accuracy of this account published by the Guardian seemed dubious, in that Stalin was dead long before the Roswell incident later came under public scrutiny.  The story had indeed been allegedly covered up in 1947 with the weather balloon in General Ramey’s office, but the story didn’t get properly aired until Stanton Friedman’s initial investigation in the 1970s.  In between, the Roswell incident had been long forgotten.  So if Stalin had heard of the Roswell incident, Soviet Intelligence must have picked up the initial story in the summer of 1947 when it was published widely in the American press (Stalin died in March 1953). And they must have given it a lot more thought than the Americans themselves did.

Other quotes from Pravda about extensive investigations into UFOs by the Soviet Union have been borne out by Hesemann and others.  So, was Stalin really knowledgeable about Roswell, when the rest of the world had accepted the cover story?  In his 1998 book ‘The Soviet UFO Files’ Paul Stonehill, the director of the Russian Ufology Center, confirms Stalin’s intense interest in UFOs (3).  Stalin had appointed several eminent Russian scientists to study the phenomenon and report back to him personally.  Among them was Sergei Korolyov, who was summoned to the Kremlin by Stalin in 1947 to study a mass of foreign newspapers and books.  His conclusion, mirrored by similar investigations by other prominent Soviet scientists sequestered by Stalin, was that UFOs were not foreign weapons presenting an immediate threat, but that the phenomenon was real and did need investigating.  Stonehill notes that investigations by Dr Richard Haines revealed that the Soviet archives contain no documents about Stalin’s UFO files.  Nevertheless, evidence suggests he had a personal interest in the phenomenon and ordered some of the best scientific minds in Russia to assess the situation on his behalf.

So Stonehill’s account of Stalin’s interest in UFOs corroborates the Guardian and Pravda, and suggests that the lack of official documentary evidence in Stalin’s Soviet archives from 1947 has helped the USAF to continue their denial of a UFO crash retrieval at Roswell.  Are the Russians helping the Americans to keep a lid on Roswell? The Guardian story indicates that Pravda itself has no such inclination.  Martin Cosnette, of ‘Cosmic Conspiracies’ helped me to obtain a copy of the Pravda article, translated by Maria Gousseva.  The Pravda article does indeed claim that Stalin was aware of Roswell, and that the Soviet leadership was not as easily duped as the American public regarding General Ramey’s weather balloon.

It goes further, claiming that Stalin personally controlled a secret scientific project to back-engineer an ancient space rocket discovered by archeologists under the city of Kiev in 1948.  Discoveries made by those scientists, who included Korolyov, were later made use of by the Soviet space programme in an attempt to win the Space Race.   And apart from the Moon landings, they did just that.

This incredible account relies heavily on the testimony of the ‘famous Soviet archeologist and artist and journalist Sukhoveyev’ who tells of the experiences of his father, Khvoika, an archeologist who was summoned to Kiev to study the retrieved object.  Khvoika described to his son the discovery of a ‘small, silver device’ that appeared to be a space rocket that had originated from an ancient civilisation.  The Soviets rapidly took control of the situation:

“When workers demolished ruins in 1948, they came across the mentioned mysterious object. The find was dug up, cut into pieces, and loaded onto trucks. The parts were taken to a secret testing area in the Moscow region. The father of the journalist was sent there as well as an expert in ancient languages; he was to translate the inscriptions inside the space ship. It was the Sanscrit language, which is now a dead language.” (4)

Research carried out on this device, and the information contained within it, eventually helped the Soviet space programme, says Pravda.  But a different description of the ancient device, and its controversial contents, is offered by Paul Stonehill:

“A Soviet archeological expedition was engaged in excavations in Kiev, at a site on Reitarskaya Street.  They made a discovery that was to be kept secret by the Soviet Union for 40 years.  Those involved in the discovery are fearful even today to reveal their names. One of them reluctantly talked to a Kiev newspaper in 1993.  He said that the archeologists found a burial vault at a depth of 16 feet that contained a massive chest.  Inside the chest the archeologists found 500 books, written in Arabic, Greek, Sanskrit and Slavic languages.

“The books contained drawings: constructions of orbital stations, hangars for spaceships, and scenes from something like Star Wars.  The books also contained the original manuscript, Slovo o polku Igoreve, about the exploits of ancient Prince Ivor, written by chronicler Pyotr Borislavovich.  The MVD (secret police) arrived within hours, placed the findings in three covered trucks, and took them away.  The archeologists were warned to keep silent about the whole episode.  They did, until 1993 when a report appeared in Dzhentry newspaper (Issue #5) in Vladivostok.” (3)

The implication of this account is that the chest belonged to a Russian who had collected many wonderful ancient manuscripts and books, who had hidden them for safe keeping in a vault below the streets of Kiev.  This is in contrast with the Pravda account of the discovery of an actual device, presumed to be an ancient space rocket.  In fact, neither of these accounts directly implicates UFOs as responsible for the origin of this mysterious object.  The connection with UFOs is implied through association in Pravda’s article. However, the object is consistently referred to as an artefact of an ancient civilisation on this planet that was capable of space exploration.  This is, of course, also absolutely incredulous, requiring one to connect this account with ancient astronaut theories, or Atlantis myths.

One suspects that Pravda has succumbed to a certain amount of exaggeration, possibly reflecting an evolution of this story since it first entered the public domain in 1993, and that the device was indeed a ‘treasure chest’ of remarkable texts and manuscripts rather than an actual ancient space rocket.  But nevertheless, did those secrets include ancient science sufficiently advanced to aid the Soviet space programme?  Pravda seems to think so.  In which case the implications for our knowledge of our own origins are profound.