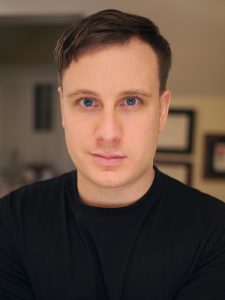 As a former Super Soldier, James Rink, understands programming and trauma as explained in his online YouTube presence with over 10,000 subscribers; his Super Soldier Talk YouTube series has helped awaken humanity to the secret activities of the covert government. Uncovering topics such brainwashing, trauma, milabs (which stands for military abductions), and covert harassment; all of which he has had to endure his entire life as a product of Project Surrogate and Ultra MK Milab Super Soldier experimentation. His book Lone Wolf chronicles these projects.

He has also produced Change is on the Horizon which is a three hour video documentary covering a variety of topics delving into banking, finance, constitutional law and NESARA – which is the National Economic Security and Reformation Act.

He spends his time perfecting the “Neo Meditation Device” at www.neologicaltech.com which is a chi energizer that helps users relax during meditation so that they can integrate themselves. He founded the 501c3 Nonprofit Healing Soul Survivors, INC to provide meditation programs to Veterans and Children more info at www.healingsoulsurvivors.org.

He is an Eagle Scout and has a B.S. degree in Business Administration in Finance and a Associates degree in Horticulture Technology.

He is also the lead visionary behind www.truesourcekey.org which includes Pantasia a health and wellness based holographic theme park.  Listen in as James shares how he has been able to work around the programming and trauma he has been forced to endure and help others do the same.