The Financial Reset – By COBRA 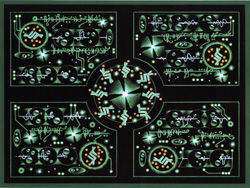 This will be in three phases:!