The Flying Creature of the Siskiyous 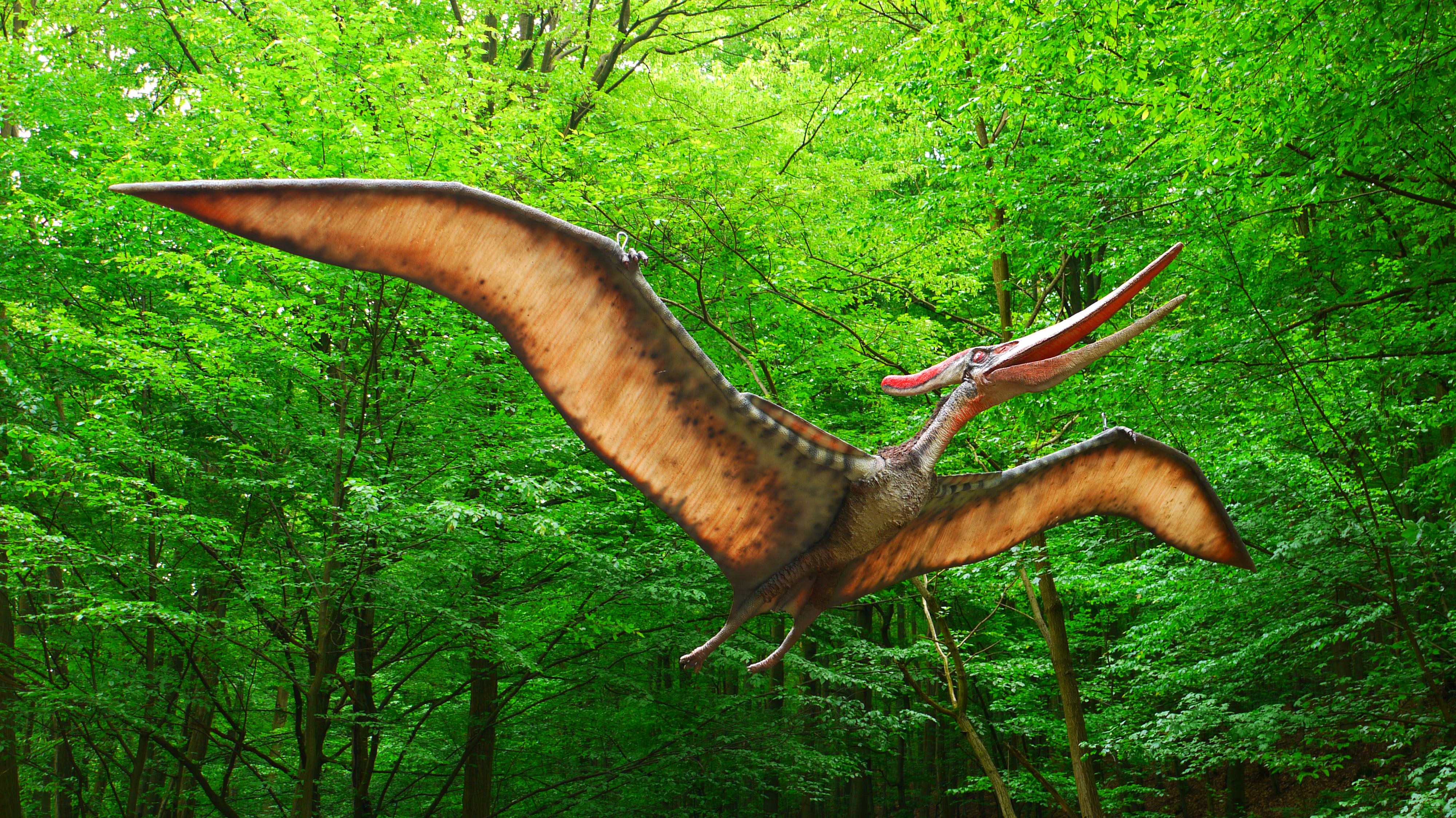 Here is a true story from early in my career as a Forest Service firefighter. I never shared this story as I feared it would affect my career. I recently retired so now I can come forward. In the early 1980s I was a recently promoted crew boss on a small fire crew of five people. This was my first assignment on a fire as crew boss, though by then I already had several years experience as a crewmember and lead firefighter. A lightning storm had ignited several small fires in the coastal mountain range of southern Oregon. My crew was assigned to one of them. We were flown in by helicopter, as the fire was in a designated Wilderness Area and there was no road access and the nearest trail was several miles of tough cross country hiking. If you are familiar with that area you understand the terrain is very steep and rugged and the forest is dense with lots of understory brush, making bushwhacking very difficult. So a helicopter is the only practical method of transport. We landed in a small clearing on the ridgetop within a short walk to the fire. We arrived late in the afternoon, almost dusk, and spent two days putting the fire out. Late in the afternoon on the third day I called on the radio for transport out and a small helicopter was sent. I sent the other four back on the first trip and I, being the boss, intended to be the last one out with the remainder of our equipment. About the time I expected the return the station called me to report the helicopter had a chip light (a warning light) and had to shut down to check it out. They promised it would be back for me in a few minutes, but I knew it would not be back before it was too late to fly as the sun was already below the horizon. The Forest Service does not operate helicopters at night except in dire emergencies, and retrieving a firefighter from an already extinguished fire is not an emergency. So I prepared to spend the night. My gear pack still had a bit of food, and I had warm clothes and a lightweight tarp, so I was not worried about spending the night. I had been in this situation before.

I was just finishing up the last of my food in the remaining daylight when I heard a rustling in the tree line at the edge of the clearing, maybe 20 yards away. My first thought was a deer or bear, probably a bear as deer normally do not come around fires. The commotion and noise seems to drive them off. Bears, though, seem to be attracted to fires, perhaps smelling our food. I was not particularly alarmed, we occasionally see black bears in the woods and they normally can be frightened off by just yelling, waving arms, and throwing sticks at them. There are no grizzly bears in this area. I kept looking towards the sound, trying to make it out in the little light that was left. I had a flashlight buried deep in my pack, and I did not take the time to dig it out. It finally stepped out of the brush into the clearing and I immediately saw it was not a bear, but I could not figure out what it was. Somehow my mind finally fixed on it was bird, standing upright on the ground with its wings folded. But what a bird! This thing was huge! About 6-7 feet tall! It was a dark color all over, no bright color spots I could see, although it was pretty dark by then. The head, or beak, was long and coming to a slender point on both the front and back. I could not figure out what kind of bird it was. Too big for a vulture and the head shape was not right. Wasn’t a crane. They are not this big and cranes like marshes, meadows, and water. None of which were anywhere near.

This ‘bird’ was looking right at me not moving. After a few minutes of staring at each other it started to walk towards me. I somehow got the impression it had sized me up and was getting ready to attack. I grabbed a Pulaski that was just at arms length (a firefighting tool, combination axe and mattock). I held it with both hands over my head just like I was getting ready to chop. It stopped walking and again just stared at me. I yelled something like “Go Away” while swinging the Pulaski over my head. What happened next totally scared the hell out of me. It unfurled its wings and spread them. The wingspan was huge, maybe twice as wide as it was tall. And they did not appear to be feathered, just skin or leather stretched over a skeletal frame. It took a couple of hopping steps towards me then leaped into the air. It flew directly over my head. I felt wind from the creature’s passing and it may have brushed up against the head of the Pulaski as it flew over.

As it flew off into the darkness I suddenly recognized the ‘bird’. It looked just like the pictures of one of those flying dinosaurs. I could not believe what I saw. I built a large fire in the middle of the clearing and did not go to sleep that night. I spent the night gathering wood and trying to convince myself it was something else with the darkness and shadows playing tricks on me. After all, those things have been extinct for millions of years.
At dawn I put the fire out and called on the radio to ask when I would be picked up. They told me about an hour. I spent that time going to where I saw the creature the previous night. I saw a set of large tracks, I thought they looked like huge turkey tracks. The helicopter finally came. I loaded up the tools and gear and climbed in. On the flight back I kept looking around for the creature but did not see anything. I finally asked the pilot what is the largest bird he had ever seen while flying around here and he said “I dunno, maybe a vulture or eagle.” I asked “Ever hear of anything larger around here?” He said no, then after a second he added “Wait. I heard another pilot once say he thought he saw a bird as large as a small plane, but no one believed him. Why do you ask?” “I thought I saw a really large bird last night, but it must have been just a vulture or something like that.” We were both quiet the rest of the flight. Later, after returning to my station and doing the usual paperwork, I took the rest of the day off and went to the local library. After searching a book on dinosaurs I saw a picture of same creature I saw the previous night. It was a Pteranodon. A few weeks later the helicopter pilot approached me and quietly asked about the conversation we in flight. Was I serious about seeing a huge bird? I said yes but did not mention about it being a Pteranodon. He said someday he may tell me of something he has seen in the area several times, but not now. I suspect he was the ‘another pilot’ he mentioned earlier. One of the members of my crew was a young kid just out of high school who had a habit telling tall tales. We would just laugh at him when he told one of his whoppers and he would get upset and swear it was true. So I did not tell the story to my crew, out of deference to him, or because I feared the same treatment. As my career progressed I just put it further and further back in my mind, thinking someday I would tell my coworkers, but I never did. As I moved up the career ladder I moved around the western U.S. several times. My last promotion I replaced an old timer that retired. I knew him from back in the 80s when we briefly worked together on the same unit in southern Oregon. We renewed our friendship when I replaced him. At my retirement party a few months ago we both lingered in the room as the well wishers left. Finally it was just the two of us and a couple people starting to clean up. I finally motioned him over to a table in the corner and we both sat down. I finally asked him “When you worked back in Siskiyou, did you ever see any really large birds in the area?” He replied “What do you mean?” I then told him a brief version of my encounter. He sat there for several minutes, staring at me. I finally started to say something and he immediately put up his hand to cut me off. After several more awkward moments of silence he turned his head to look around, as if to see if anyone was listening. He lowered his head and said in a quiet whisper “Yes. My experience is similar. There is something in those mountains. But I quickly learned not to speak about it.” I asked why, and he said “People get upset when you talk about it. Influential powerful people.” I started to say something and again he held up his hand to cut me off. “What you saw, what I – we — saw, is not supposed to exist. Others have seen them too. No one talks about it. You should not either.” With that he congratulated me on my retirement, got up, and left. Could a small population of dinosaurs still be alive in the mountains and remain undetected all these years? I do not know. I will leave that debate to experts. The logical side of me says it is impossible. I have ruled out any other bird or flying animal. What was it if not a Pteranodon?

The Flying Creature of the Siskiyous from TrueScaryStories