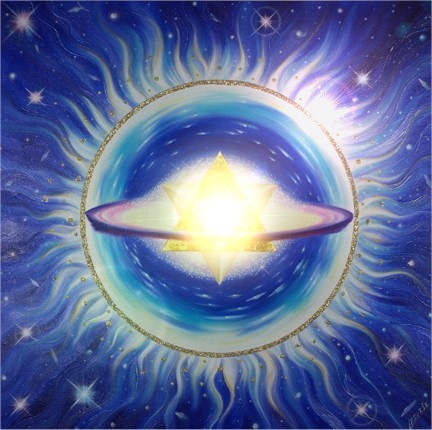 Dearest James I just spoke to friends in America last night, one of them, Hennie, an old student of Channie, and they’d just been to a six-pointed star-system portal activated nort-west in the US and physically seen HUNDREDS of UFOs. Barbara was still in shock because there were so many at once coming! They moved together and were like sun-shining crafts. Yes I told them this must because a lot of things are happening now.. (those outside a portal like this cannot really see anything)

Channie says there will be an opening on the sky tomorrow Friday the 15th at 21:04 Scandinavian time (15:04 New York time or 12:04 at noon Californian time) to actually physically see into our higher dimension . So that will be like looking at The New Earth during that full-moon. If not it should be easier at that time to at least see things with your inner vision or third eye.