This is the one picture that makes me question the lunar landing. The moons surface looks untouched by any sort of landing rocket(s). 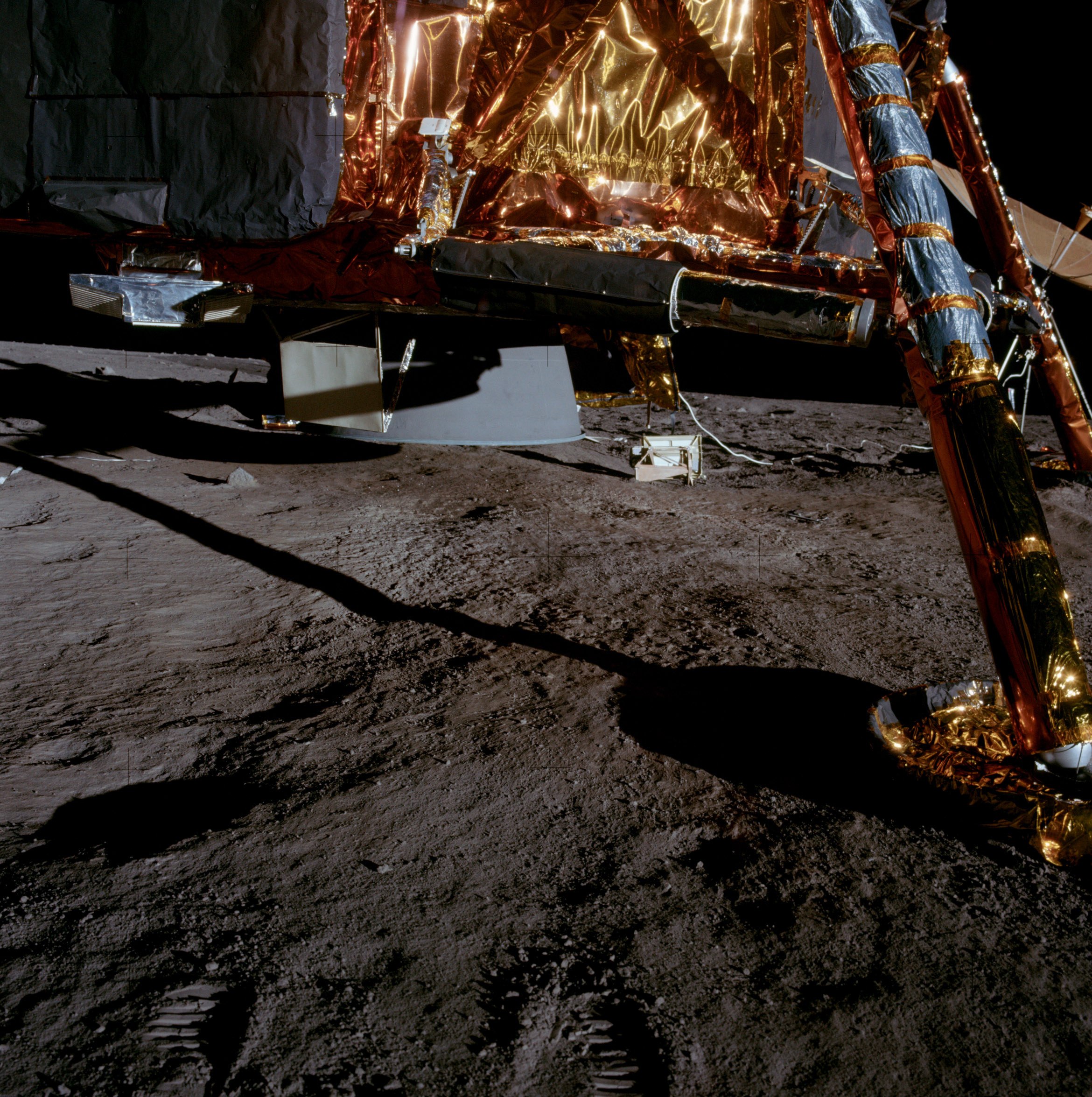 No blast crater possible explanation…. “…the engine nozzle was about 54 inches across (from the Encyclopaedia Astronautica), which means it had an area of 2300 square inches. That in turn means that the thrust generated a pressure of only about 1.5 pounds per square inch! That’s not a lot of pressure. Moreover, in a vacuum, the exhaust from a rocket spreads out very rapidly. On Earth, the air in our atmosphere constrains the thrust of a rocket into a narrow column, which is why you get long flames and columns of smoke from the back of a rocket. In a vacuum, no air means the exhaust spreads out even more, lowering the pressure. That’s why there’s no blast crater! Three thousand pounds of thrust sounds like a lot, but it was so spread out it was actually rather gentle.”