James so your telling the people of the world big changes are coming, well all I have to say is it is 2013 I see no changes except for the enslavement of humanity. One good say that this is all about keeping the masses calm so the world government and the enslavement is complete ummmmm?????
Response
As we approach the zero point of the 5th dimension our consciousness can effect our reality. So literally you go to a timeline in which your belief system manifests into being. If you want to be enslaved go for it. But I am headed to a timeline where heaven manifests on earth.

Petraeus membership at the strip club in Tampa Florida is owned by same strip club that got missiles last night… in Springfield Massachusetts… unusual coincidence?

Friday’s afternoon’s explosion flattened a strip club and heavily damaged a day care center shortly after the surrounding area had been evacuated.
Most of the injured were part of a group of gas workers, firefighters and police officers who ducked for cover behind a utility truck just before the blast.
The explosion blew out windows and scattered debris over several blocks.

DUCKED FOR COVER JUST BEFORE THE BLAST???

What did they hear? Was it a missile? Was it the sound of exploding GAS??? Humm…

I’ve ducked for an incoming missiles before…but while working on the fire line in the USDA(forest service)…I had no warning while standing 200ft from a “Kodak Moment” otherwise known as a blazing 70ft Pine Tree…It exploded without warning sending wood splinters i.e. scrapnel…all over the folks on the fire line….I think I spotted myself…lol

Something to think about, as these little snippets, will nippet in the bud when it comes to discovering the truth…

“YOU ARE KNOWN BY THE WORDS YOU USE” The Language Guy..can’t remember his name right now…

And this from Idylwild Group

The story coming out about the gas explosion at Scores Gentleman’s Club is false. It was destroyed by The Idylwild Group, assisted by James Casbolt. We made sure there were no fatalities.

The club was an MKUltra Front by command of Alestair Crowley. Many women working there were either synthetics or clones, not human, used for Illuminati games and parties.

The club basement also led to an underground railway stop used by the “cavers,” as they are called.\

They will not use it anymore.

IF this is true then……

Well done to the Idylwild group and to James Casbolt. However Petraeus and his co generals and other have interests in many clubs throughout the states. Where MILABS continue to be milked for the pleasure of the rich and powerful and the Illuminati groupings.

That Rail system connects to the other clubs throughout the states and elsewhere. Often the clubs can be found in tall high rise building. On Obama be very careful and mindful of his reach of power. Buying anyone and everyone out is the name of the game and his subordinates with in the MILAB programs continue to buy people out at all levels to get an edge over others. It has far reach powers to do so at this point of time although it will not last forever.

Could this explain the drone attacks? 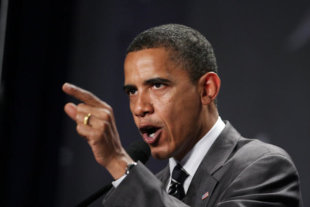 The White House “kill list“–a regularly updated chart showing the world’s most wanted terrorists used by President Barack Obama during kill or capture debates–may soon be getting a rule book to go with it.

According to the New York Times, the administration–faced with the possibility that President Obama might lose the 2012 election to Mitt Romney–“accelerated work in the weeks before the election to develop explicit rules for the targeted killing of terrorists by unmanned drones, so that a new president would inherit clear standards and procedures.”

Until now, President Obama has had the “final moral calculation” overseeing the “kill list,” the existence of which was first revealed in May in the wake of a drone strike that killed an al-Qaida leader.

But according to the paper, administration officials are looking to curb the power of the commander in chief with the rule book:

“There was concern that the levers might no longer be in our hands,” said one official, speaking on condition of anonymity. With a continuing debate about the proper limits of drone strikes, Mr. Obama did not want to leave an “amorphous” program to his successor, the official said. The effort, which would have been rushed to completion by January had Mr. Romney won, will now be finished at a more leisurely pace, the official said.

President Obama has voiced his support for such rules.

“Creating a legal structure, processes, with oversight checks on how we use unmanned weapons is going to be a challenge for me and my successors for some time to come,” President Obama said in an interview with author Mark Bowden for “The Finish,” a book on the killing of Osama bin Laden. “There’s a remoteness to it that makes it tempting to think that somehow we can, without any mess on our hands, solve vexing security problems.”

The U.S. drone program, which was launched by President George W. Bush, has been expanded under the current administration. Since Obama took office in 2009, there have been more 300 drone strikes carried out by the U.S. military, according to the Times.

Earlier this year, critics of the “kill list” launched a petition on the White House website to create a “Do Not Kill” list to protect U.S. citizens from drone strikes by their own government. The petition, though, failed to meet the 25,000-signature threshold required to get an official response from the White House.

I think we are making a difference as you have been the spear head to make the public wake up and be informed. Also you have to remember that with the many other areas that you have put yourself forward with an interview with project Camelot, continued interviews. Plus what you had done in your documentary, plus the first ever super-soldier summit and I hope there will be another one to come. As well as many people coming forward with the information that we all put out. So yes we are making a difference even though we are still enslaved.

They hate what we are doing but they stated it by drugging us and abductions and experimentations. So what do they expect from human beings. Remember they hate humans above all else. We can never know what is happening behind it all apart from that fact that there seems to be an amount of different agendas and factions at play here.

I have listened to the interview and K is very good. Hope Nathan as well as max is well and now protected James. And what he did he did to try and protect himself regarding killing that handler. K knows her stuff and will act on what needs to be done and is not scared to face reptilians or any other thing. Also as she has said MILABs need to become grounded in their lives or disciplined would be a good word. Which is something that I would want to see for MILABS even with all the drugs and alterations being done I feel it is time that we have to start pushing our self’s as much as possible because no one else will do that for us.

The ones that run the computers etc. think they are gods but James they are not. The rituals are a part of a whole heap. K is right on the nail regarding a lot of what she has seen. I think we can only take the good from the bad and some untruths from the truth. The thing is these people and beings are very good at manipulations and set ups. In saying this that goes for me as well. I am sure James that you are not a clone. Clones are smart but lack human quality’s. And they often make mistakes just like greys.

Our alters know about us and that is true when it through avatar work. Ohhhh that’s why they have a thing about stealing James now I understand. She may had been looking at your clone instead. We do have clones playing out as avatars. So she may had seen him involved in some things.

So when we are doing missions not everything is black and white even for them so if we come across something we can use it or take it to use against them there and then or at some time.

At Joint Base Lewis-McChord also there is a photo of a medical centre James now the Medigan Army medical centre is its largest hospital and headquarters. This western regional medical command overseas army medicine at 11 hospital in 20 states. Hint Hint.