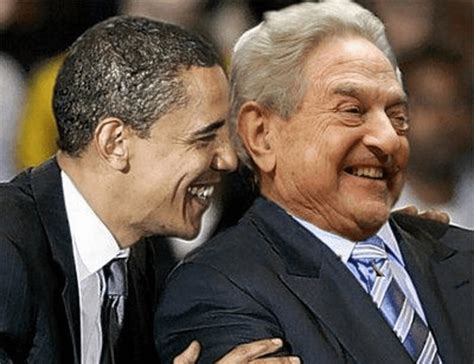 Well I would like to add a little for PP about who we got here.

OK…lets look at this from the rear view mirror so that we don’t confuse anyone. Obama was a Soro’s supported take down artist to implement a “Destroy America” plan that was to take 16 yrs to finish. He stopped the GCR over 100 times and yes I know that to be 100% true as I know all the critical players in the Biggest Little City and some even the District too! (that’s D.C. for those needing help now). Trying to have a little fun here…hope that’s ok.

SO….Obama was in cahoots with Senior (its not about which party someone belongs to) and the CEO of WF and yes we had them on a phone call even saying that he (O) would never allow the RV to happen and that was in August of 2012. Now, at the time the Admiral and all of us thought that was crazy…Romney would easily win over Obama but again the RINO’s rolled on the party and took the cash and left us holding the bag ( much longer story that has to be held a little tighter for now).

Now, Q a compilation of 10 leaders, some military and some concerned wealthy business leaders needed to pick someone who could stop the coup on America. They wrangled over who to ask/pick and finally yes Donald . Trump won the contest. Although, an unlikely candidate against Queen Hillary we hoped for the best. Well, I was happy to see the outcome and here’s the neat part, we made sure the votes were counted correctly in the states using the Soro’s voting machines and there was a little intervention by yes some nice little playful Seals and D-Team folks who made sure no on tampered with the vote.

BINGO! We had our man….wow, what a wonderful moment. Mr. Trump could now take the oath and move on fixing the past from the Obama administration. Unfortunately, the DEEP STATE was not going to go away quietly and they started trying to impeach him before he was even in office.
We have all watched this charade for the last 3 years with the phony Russian hoax and the Clinton paid for Dossier and all the while our man has been doing the work of the American people.

I was not a strong supporter in the beginning of his administration but as I watched him in action and his tireless work ethic I became a real fan. He has done more with less than any other person in the oval office ever. Imagine if he had a congress who was trying to MAGA….no its all politics (Latin for poly – many and Tics – for blood sucking creatures).

Now comes the last gasp effort to actually due an impeachment hearing and of course they are again so one sided, no due process and of course all made up by “Shiffty” Adam Schiff and EVE Pelosi ( Adam and Eve – creators of the Democrat over throw the president club). Maxine Waters (don’t get me started) what a tyrant and so unbelievable that she gets elected all these She live in Beverly Hills and takes money from Compton Cal, a very poor neighborhood that needs some real help. This whole crew of Democrats ( I sued to be one) seems to be sliding right down to the bottom of the barrel. Why you ask? Well when the #FISA report hits the streets (hopefully now on this coming Monday) we will see what takes place. The old “Watch the Birdee” trick as we are banking and they are tanking (arrests will start) an the general public might have a big melt down.

So…here I want all the listeners and concerned followers of Dinar Chronicles to pay attention. Stock up on some food, water and make sure your car is gassed up. Be prepared to stay home if we see more chaos than we hope that will be. One reason this has taken so long is to limit the chaos and try to keep from having uniformed people fighting with other uninformed people all while we are trying celebrate our new wealth. Yes, Elizabeth there is an RV….and its here and finally we can exhale, get the homeless a place to live, fix our families health, get a car that suits you needs and most importantly thank GOD above that we made it to the finish line. I know a lot of guru’s may disagree with this overview but its the real deal and one that I hope I don’t get in trouble for either … had to do it as I know the stress is high out there. Try to relax this last, final weekend the dam has broken and money is flowing and we can also thank Q and The President for getting us to the finish line.