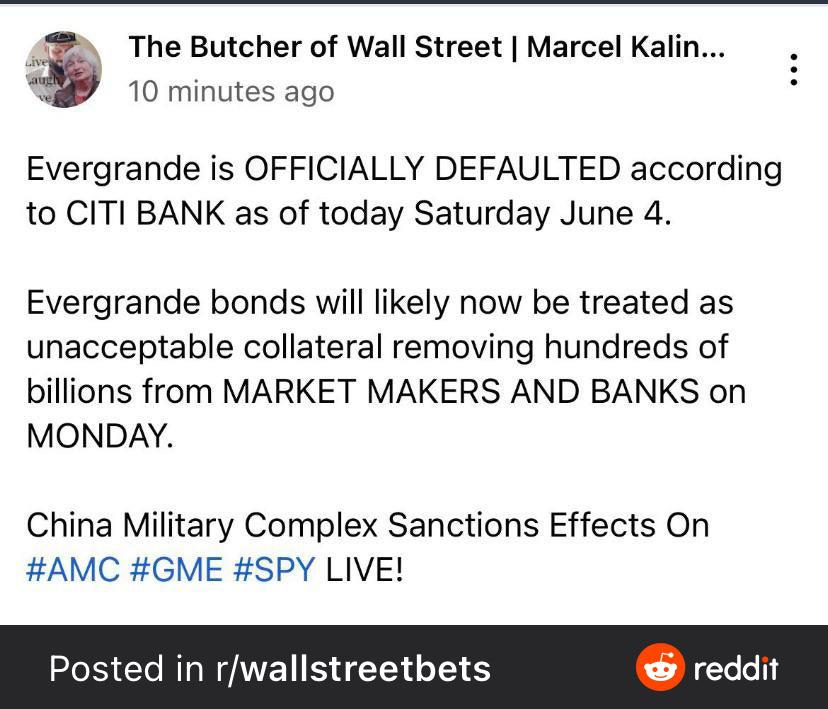 I have received insider information that a coordinated attack has taken place, conducted by Pelosi, Soros, Blackrock and Citadel, to destroy crypto by Jun 14th, 2022 at the latest. They will first take out Bitcoin, XRP, XLM, etc., and then stable coins, safest being USDC-ETH, but eventually that will be taken out as well later this summer when the USD dollar fiat currency will be taken down to zero. Later this fall other currencies around the world will be taken down as well. As far as I am aware the winning crypto that emerges from all this does not exist yet.

XRP XLM may recover but it will be in exchange for beast currency of the new digital dollar connected to your biometrics. The WEF and elites think they can pull off this great reset but their plan will backfire, what will eventually happen is instead people will disconnect from the new currency and abandon fiat issued by govt and switch to some new crypto not regulated by the elites.

The financial system will not collapse completely, their will still be bartering and a exception of a few zones, not worldwide. Somewhere around half way a new system will take over that would maybe include precious metals backed up by digital currency.

It will not be the one that involve the enslavement of humanity (I’m sure enough people will refuse that), but it will be a completely new one, that ensure ‘even playing grounds’ for everyone and freedom. Anyway, is good to be prepared but think positive. They couldn’t do whatever they wanted with the plan-demic around the world (as more and more people wake up) and they didn’t get their wanted war = the impact of whatever they want to do now, will not be that huge. Fiat money was created to fall one day, since it’s creation. Is a fraud system! Is hard to realize how we, as humanity, even accepted it in the first place. Hope this collapse will be of enough alert to never again accept printed paper controlled by a few ‘trickster’ to be currency…

Bitcoin’s price may reach nearly zero. BTC was always going to zero, same with ETH. They are ponzi schemes. Neither have any form of utility, they are slow, already a dinosaur, not cost efficient and not energy efficient. 99% of all crypto will collapse, this is not news. Those with critical thinking capabilities have seen this coming for a while. ISO coins with any form of utility will rise up from the ashes. Evergrande will default on its debt. Tether has all its values tied up in bonds in Evergrande and recently got caught lying about their stablecoin being backed by 1 dollar. With Tether being linked to BTC, this shit show was inevitable. XRP, XLM, XDC was controlled by the establishment. DO NOT HOLD IT. Unless you KNOW Fully where it comes from and WHO Controls it. Right now we are hearing talk of cross border transactions and implementation of regulations from secretary of Treasury. This has been coming for a while. SWIFT is (also)a dinosaur and needs replacing but to what system? Ripple is the only ledger where they have a proven track record without security issues AND XRP act as a utility. For example, Putin would like R but signers of trade agreements would like to use $/€, they are at an impasse. Solution is a bridge currency, which in the near future will work with all CBDC’s that are being put in place by over 140 countries as we speak. The corrupt SEC is delaying and stalling the case, scaring the market further. Not surprised if it were to come an executive order at some point.

It remains to be seen if gold an silver will be manipulated during the crash, and then, when the crash will occur is also probably up for debate.

Start making or buying Food growing systems and getting seeds to grow your own food. Your TOP Priority is Water, Food and Security. Invest your money in new emerging technologies such as free energy and building sustainable communities. Water if you can not collect enough in your own area (Rain, river, lake) then find a place that you can build a food grow tower, Fast and Cheap Less than $200 or find someone to build it for you. Security (Not as guns) but Home. Get out of the city, get to a country that is not taken over by the system like USA, Canada Two of the worst in the world at this point.  Panama, Costa Rica are listed at top two By International Living  https://internationalliving.com/ . If not go to the countryside and get a place. If you don’t have the skills find a community to join. https://www.ic.org/  There are communities all over the World that have been self-sustaining and preparing for the collapse.  Most have no clue about what is soon going to happen, Others knew well in advance what is happening. Others just waited for the signs and now know what was stated, has become the reality of what is happening in the world today.