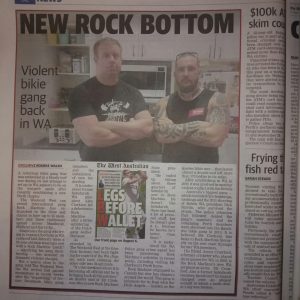 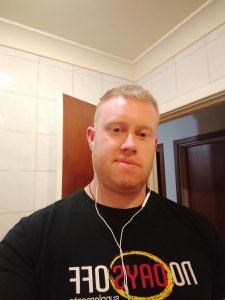 Arron Crawford is the super soldier, and Australian professional rugby player who had money planted into his bank account in the tuns of 100s of millions. He complained to bank management and they accused him of fraud, he was arrested and released. We did a show together last September 2019 and I am sad to inform everyone that according to his mother Arron is being held in Remand at Hakea Prison in WA for the past two years. His fiancé has this message to share

“We were taking it to trial to fight it but they used me against him and said if he didn’t sign the deal and plead guilty that I would also get 7.5 to 10 years. So he signed a deal that gets him the minimum mandatory sentence and gets me out of jail. He will get 7.5 at the least. They refuse to look at his “mental health” history and are just painting him out to be the worst person. I am currently talking to another lawyer to find out if it’s too late to have everything looked over. I will keep you posted. Arron says it’s horrible in there. It’s over run with rats and cockroaches. It’s extremely violent and drug orientated. He has been trying his best to keep his head up and get through this concentrating on his health working out every day. I see him as much as I can and he calls me every day. He talks about you and the show and everything we are up to before he went in. We are devastated at this point but we will make it through. Sentencing is the 28th of October this year. If anyone would like to speak to him and support him you can go on the hakea website https://www.wa.gov.au/organisation/department-of-justice/hakea-online-visitors-booking-form and add your number in his phone list and he will call as soon as he can. If anyone has any questions, please email me qt ljbevins91@hotmail.com. My name is Levi Jade Bevins and I am Arron’s fiancé. Arron’s details to add phone numbers is Arron Crawford 29/09/1983.”
Thanks for your time
Kindest regards
Levi-jade Bevins.