What happened to Sheldan Nidle? 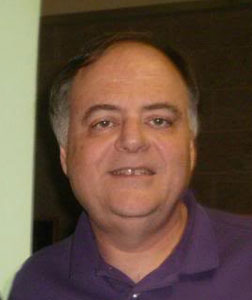 Greetings from Galactic Heart…
What happened to Sheldan Nidle? A Call For Support 3/1/2018
Many people have asked us this question.
We really need to start at the beginning. . .
On the evening of March 17, 2011, we had just finished a free LIVE webinar. I went into Sheldan’s office to congratulate him on a job well done. As he went to stand and hug me, he collapsed onto his desk with a thud. Panic surged through my body. What’s wrong….what’s happened? “I’m so dizzy,“ Sheldan croaked out. “I can’t stand up. Help!”
I assisted him to our bed. He was ashen white. I asked if I should call the ambulance. “NO! No doctors. I will be OK”, he declared. Well, he wasn’t. Sheldan could not sit up without being extremely nauseated. I had to feed him, bathe him, etc. It was scary. After about a week, we managed to maneuver him down the stairs, into the car and to his chiropractor. Dr. Russo said it was the worst brain stem injury he has ever seen. Brain stem injury? We had concluded that Sheldan had an extreme case of vertigo. Now we were confused.
Screen Shot 2017-12-24 at 2.28.59 PM
The next day we visited a skilled Chinese herbalist and acupuncturist. After working on Sheldan, she told us that it was the most serious brain stem injury she had ever seen. Again, brain stem injury. What? How?
That’s when many psychic people from around the world told us, in their own unique words; Sheldan was “zapped” by a DEW (direct energy weapon). Basically, it was a microwave bullet. The dark cabal had tried to take Sheldan out. We were also told by various sources that on the same night, 21 other people had also been attacked. At first, I had a hard time accepting it because I believed with my whole heart that we were protected from such attacks. We demanded to know from our Galactic teams what had happened. They confirmed that Sheldan had been hit with a DEW weapon. We were shaken to our core. Soon after, we also learned that two of Sheldan’s friends were “hit” the same day. Both of these gentlemen had been admitted to hospital and had undergone open heart surgery. Although they survived the surgery, both died within a year of that fateful March 17 attack. We believe that the devoted home care I gave him may well have kept Sheldan alive .
It took a good 3 months for Sheldan to recover enough to resume weekly updates and monthly webinars although he remained dizzy and his blood pressure was dangerously high. Sheldan tried every natural blood pressure remedy to no avail. He’s been sensitive to EMFs, especially the computer, ever since. Bless his heart, he always kept going to serve as messenger for the Galactic Federation and the Light.
When Sheldan was hospitalized last October for back surgery, the doctors told me that he had an old neck injury that they found “interesting”. They didn’t know how it had occurred but guessed that it had happened between 5 and 7 years ago. Of course, I knew immediately that they were referring to the DEW weapon. The “bullet” was aimed for Sheldan’s head but because he had started to stand up, it hit a little lower, on his neck. The doctors said they had never seen this type of injury and that it somehow seemed to be re-activated in the course of the surgery. They could not give a good satisfactory medical explanation. Of course, I couldn’t tell them the truth because they might have thought I was a conspiracy theorist.
As we reported to you previously, Sheldan had a difficult time with the drugs given him for his surgery. This, plus the reactivated microwave bullet, is the reason his recovery is being dragged out, and why it may be a year before Sheldan completely recovers.
In the meantime, while Sheldan recuperates, our Webmaster, Miles, and I are preparing ways in which we can be of service to the Light. We will share them with you in the very near future. From the fullness of our hearts, we thank you again for your loving support and generosity. We at PAO remain committed to our mission – preparing the planet and all her people for reunion with the Galactic Community.
We celebrate the Light. We remain confident that this final phase of chaos is coming to an end. Our long-awaited freedom is on the horizon!
Selamat Ja!
Colleen 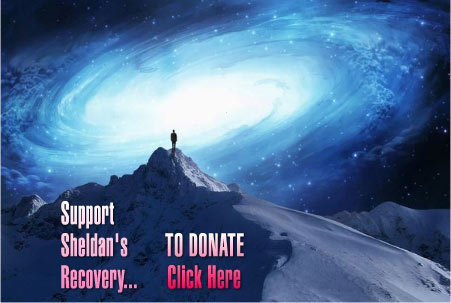